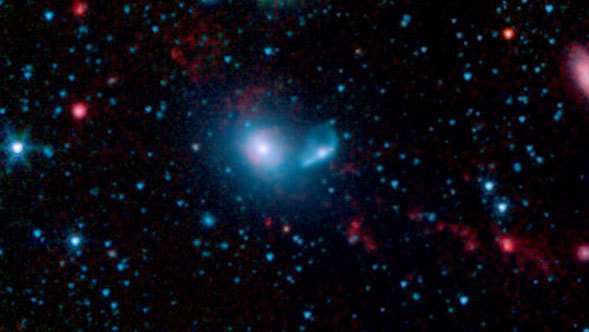 When galaxies collide (as our galaxy, the Milky Way, eventually will with the nearby Andromeda galaxy), what happens to matter that gets spun off in the collision's wake?

With help from the Spitzer Space Telescope's infrared spectrograph (IRS) and infrared array camera (IRAC), Cornell astronomers are beginning to piece together an answer to that question. Specifically, they are gaining new insight into how some ubiquitous dwarf galaxies form, interact, and arrange themselves into new systems.

Dwarf galaxies, with stellar masses around 0.1 percent that of the Milky Way, are far more common than their more massive spiral or starburst counterparts. Some may be primordial remnants of the Big Bang; but others -- called tidal dwarfs -- formed later as a result of gravitational interactions after galactic collisions.

To understand which dwarf galaxies are tidal in origin and how those galaxies differ from primordial dwarf galaxies, Cornell researcher Sarah Higdon and her colleagues studied a galactic merger called NGC 5291, which is 200 million light-years from Earth and roughly four times the size of the Milky Way. At the system's center are two colliding galaxies; behind them trail a string of much smaller dwarfs.

The researchers focused on the system because they knew from earlier analyses that the trailing dwarfs were formed tidally as a result of the central collision. Until recently, though, they hadn't been able to look closely enough at the tidal dwarfs to catalog their properties for comparison with those of similar galaxies.

Spitzer's sharp eye has changed that. Using it to look for compounds that indicate star-forming activity, Higdon's team found that when it comes to fostering new star formation, the colliding galaxies at the system's center are fairly dull. The exciting place to be, they found, is in the tidal dwarfs at the system's edges.

Specifically, the team found that the tidal dwarfs show strong emission from organic compounds, found in crude petroleum, burnt toast, and (more relevantly) stellar nurseries, known as PAHs -- for polycyclic aromatic hydrocarbons. And for the first time, the researchers detected warm molecular hydrogen -- another indicator of star formation, and one that has never before been directly measured in tidal dwarf galaxies.

"We know molecular hydrogen is out there. Now we have the sensitivity to measure it," Higdon said.

Higdon and Cornell colleagues James Higdon and Jason Marshall describe the features of the NGC 5291 system in a forthcoming issue of the Astrophysical Journal.

"Nearly everything at some stage interacts," Higdon said. "This is a part of the puzzle. But we've only just started looking. We don't know how long lived [the tidal dwarf galaxies] will be, or how many formed like this."

Next, the team plans to search for new tidal dwarf galaxies using the Spitzer surveys and compare their properties to the newly cataloged galaxies in NGC 5291. 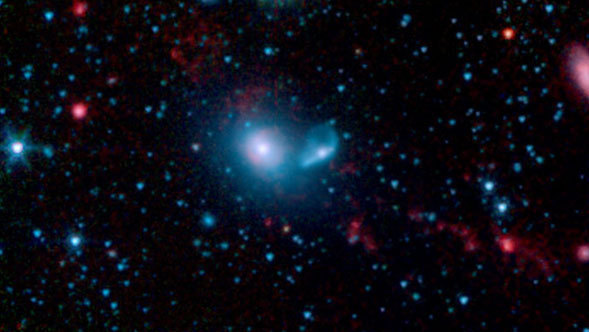 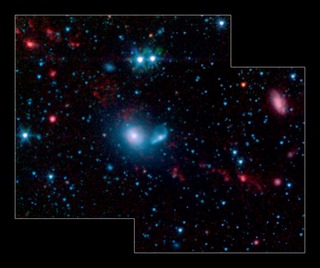 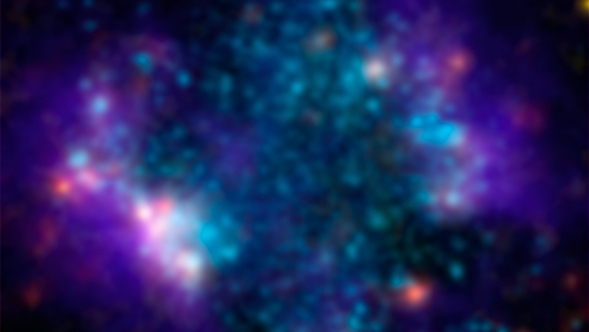