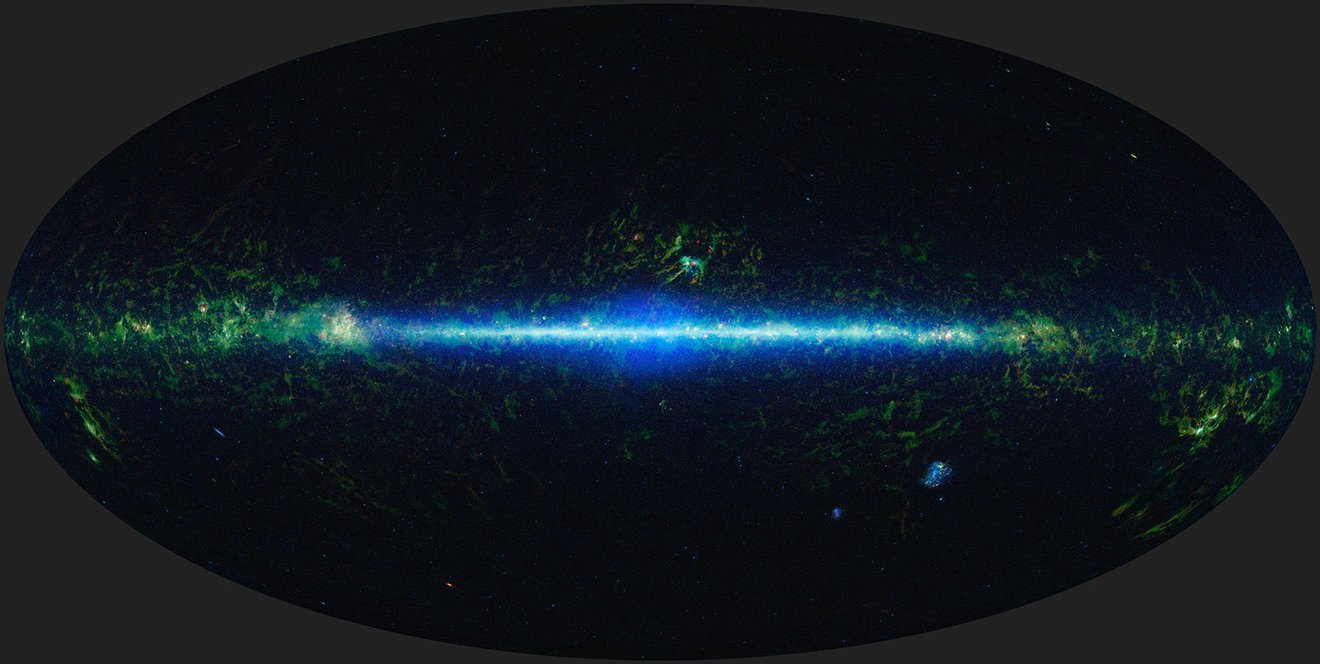 This mosaic shows the entire sky imaged by the Wide-field Infrared Survey Explorer (WISE). Infrared light refers to wavelengths that are longer than those visible to the human eye. Many cosmic objects radiate infrared, including gas and dust clouds where stars form, and brown dwarfs. Credit: NASA/JPL-Caltech/UCLA

A new study offers a tantalizing explanation for how a peculiar cosmic object called WISEA J153429.75-104303.3 – nicknamed “The Accident” – came to be. The Accident is a brown dwarf. Though they form like stars, these objects don’t have enough mass to kickstart nuclear fusion, the process that causes stars to shine. And while brown dwarfs sometimes defy characterization, astronomers have a good grasp on their general characteristics.

Or they did, until they found this one.

The Accident got its name after being discovered by sheer luck. It slipped past normal searches because it doesn’t resemble any of the just over 2,000 brown dwarfs that have been found in our galaxy so far.

Can you see the dark spot moving in the bottom left corner of the screen? It’s a brown dwarf nicknamed “The Accident,” which was discovered by citizen scientist Dan Caselden. It had slipped past typical searches because it doesn’t look like any other known brown dwarfs. Credit: NASA/JPL-Caltech/Dan Caselden

As brown dwarfs age, they cool off, and their brightness in different wavelengths of light changes. It’s not unlike how some metals, when heated, go from bright white to deep red as they cool. The Accident confused scientists because it was faint in some key wavelengths, suggesting it was very cold (and old), but bright in others, indicating a higher temperature.

“This object defied all our expectations,” said Davy Kirkpatrick, an astrophysicist at IPAC at Caltech in Pasadena, California. He and his co-authors posit in their new study, appearing in the Astrophysical Journal Letters, that The Accident might be 10 billion to 13 billion years old – at least double the median age of other known brown dwarfs. That means it would have formed when our galaxy was much younger and had a different chemical makeup. If that’s the case, there are likely many more of these ancient brown dwarfs lurking in our galactic neighborhood.

The Accident was first spotted by NASA’s Near-Earth Object Wide-Field Infrared Survey Explorer (NEOWISE), launched in 2009 under the moniker WISE and managed by NASA’s Jet Propulsion Laboratory in Southern California. Because brown dwarfs are relatively cool objects, they radiate mostly infrared light, or wavelengths longer than what the human eye can see. 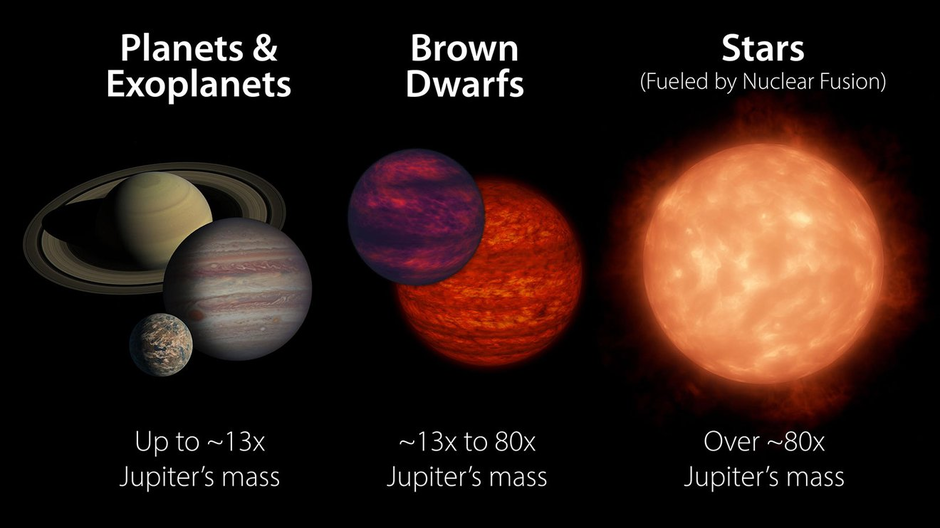 Brown dwarfs share certain characteristics with both stars and planets. Generally, they are less massive than stars and more massive than planets. A brown dwarf becomes a star if its core pressure gets high enough to start nuclear fusion, the process that causes stars to shine. Credit: NASA/JPL-Caltech

To figure out how The Accident could have such seemingly contradictory properties – some suggesting it is very cold, others indicating it is much warmer – the scientists needed more information. So they observed it in additional infrared wavelengths with a ground-based telescope at the W. M. Keck Observatory in Hawaii. But the brown dwarf appeared so faint in those wavelengths, they couldn’t detect it at all, apparently confirming their suggestion that it was very cold.

They next set out to determine if the dimness resulted from The Accident being farther than expected from Earth. But that wasn’t the case, according to precise distance measurements by NASA’s Hubble and Spitzer Space Telescopes. Having determined the object’s distance – about 50 light-years from Earth – the team realized that it is moving fast – about half a million miles per hour (800,000 kph). That’s much faster than all other brown dwarfs known to be at this distance from Earth, which means it has probably been careening around the galaxy for a long time, encountering massive objects that accelerate it with their gravity.

With a mound of evidence suggesting The Accident is extremely old, the researchers propose that its strange properties aren’t strange at all and that they may be a clue to its age.

When the Milky Way formed about 13.6 billion years ago, it was composed almost entirely of hydrogen and helium. Other elements, like carbon, formed inside stars; when the most massive stars exploded as supernovae, they scattered the elements throughout the galaxy.

Thus, the light profile of The Accident could match that of a very old brown dwarf that formed when the galaxy was still carbon poor; very little carbon at formation means very little methane in its atmosphere today.

“It’s not a surprise to find a brown dwarf this old, but it is a surprise to find one in our backyard,” said Federico Marocco, an astrophysicist at IPAC at Caltech who led the new observations using the Keck and Hubble telescopes. “We expected that brown dwarfs this old exist, but we also expected them to be incredibly rare. The chance of finding one so close to the solar system could be a lucky coincidence, or it tells us that they’re more common than we thought.” 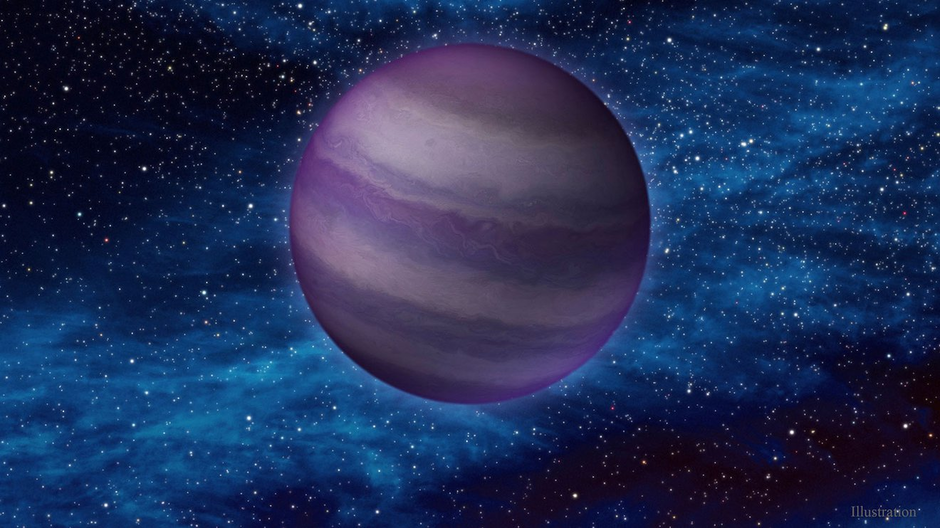 This artist’s illustration shows a dim, cold brown dwarf in space. Brown dwarfs form like stars, but do not have enough mass to ignite nuclear fusion in their cores – the process that causes stars to burn. As a result they share some physical characteristics with massive planets, like Jupiter. Credit: IPAC/Caltech

To find more ancient brown dwarfs like The Accident – if they’re out there – researchers might have to change how they search for these objects.

The Accident was discovered by citizen scientist Dan Caselden, who was using an online program he built to find brown dwarfs in NEOWISE data. The sky is full of objects that radiate infrared light; by and large, these objects appear to remain fixed in the sky, due to their great distance from Earth. But because brown dwarfs are so faint, they are visible only when they’re relatively close to Earth, and that means scientists can observe them moving across the sky over months or years. (NEOWISE maps the entire sky about once every six months.)

Caselden’s program attempted to remove the stationary infrared objects (like distant stars) from the NEOWISE maps and highlight moving objects that had similar characteristics to known brown dwarfs. He was looking at one such brown dwarf candidate when he spotted another, much fainter object moving quickly across the screen. This would turn out to be WISEA J153429.75-104303.3, which hadn’t been highlighted because it did not match the program’s profile of a brown dwarf. Caselden caught it by accident.

“This discovery is telling us that there’s more variety in brown dwarf compositions than we’ve seen so far,” said Kirkpatrick. “There are likely more weird ones out there, and we need to think about how to look for them.”

More About the Missions

Launched in 2009, the WISE spacecraft was placed into hibernation in 2011 after completing its primary mission. In September 2013, NASA reactivated the spacecraft with the primary goal of scanning for near-Earth objects, or NEOs, and the mission and spacecraft were renamed NEOWISE. JPL, a division of Caltech, managed and operated WISE for NASA’s Science Mission Directorate (SMD). The mission was selected competitively under NASA’s Explorers Program managed by the agency’s Goddard Space Flight Center in Greenbelt, Maryland. NEOWISE is a project of JPL, a division of Caltech, and the University of Arizona, supported by NASA’s Planetary Defense Coordination Office.

For more information about WISE, go to:

The Hubble Space Telescope is a project of international cooperation between NASA and ESA (European Space Agency). NASA’s Goddard Space Flight Center in Greenbelt, Maryland, manages the telescope. The Space Telescope Science Institute (STScI) in Baltimore, Maryland, conducts Hubble science operations. STScI is operated for NASA by the Association of Universities for Research in Astronomy in Washington.

For more information about NASA’s Hubble, go to:

For more opportunities to participate in NASA Citizen Science Projects, go to: 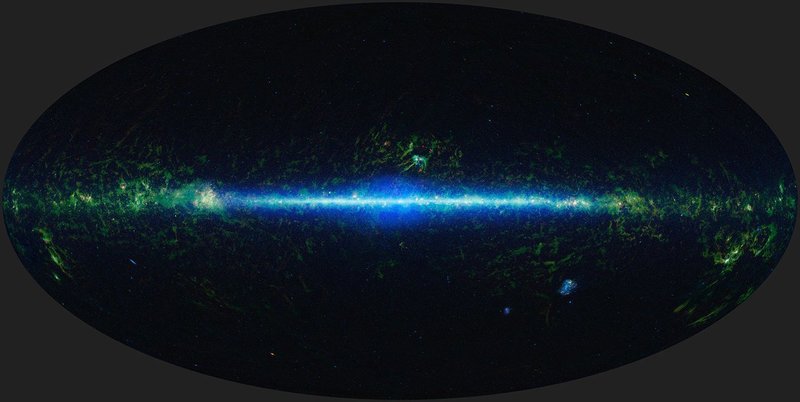 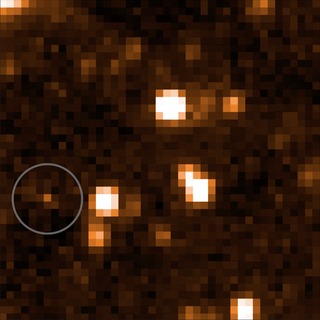