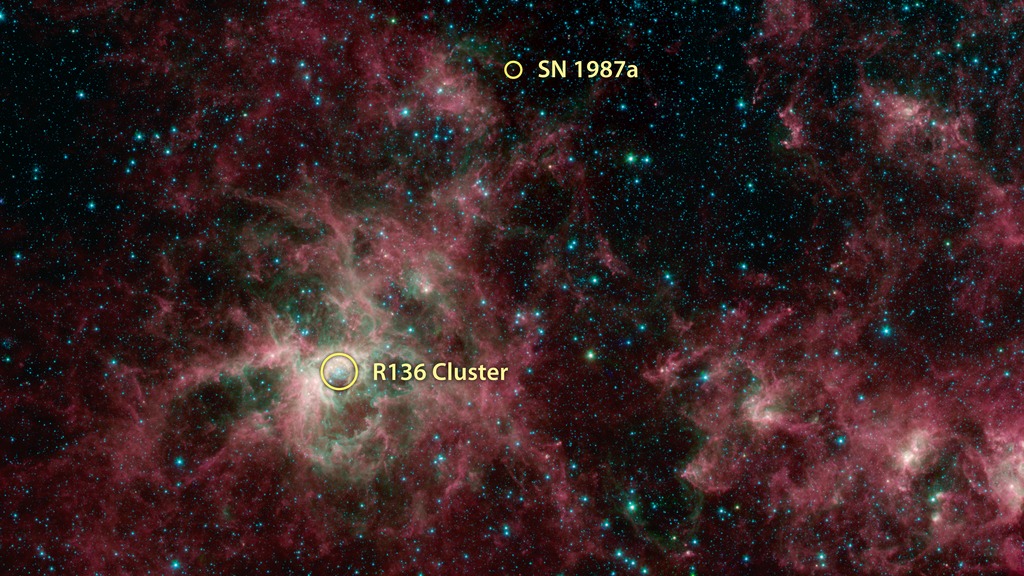 This image shows the location of Supernova 1987A and the starburst region R136 where massive stars form at a significantly higher rate than anywhere else in the galaxy.

NASA's Spitzer Space Telescope shows the Tarantula Nebula in three wavelengths of infrared light, each represented by a different color. The magenta-colored regions are dust composed of molecules called polycyclic aromatic hydrocarbons (PAHs), which are also found in ash from coal, wood and oil fires on Earth. PAHs emit in multiple wavelengths. The PAHs emit in multiple wavelengths, so the magenta color is a combination of red (corresponding to an infrared wavelength of 8 micrometers) and blue (3.6 micrometers). The green color in this image shows the presence of particularly hot gas emitting infrared light at a wavelength of 4.5 micrometers. The stars in the image are mostly a combination of green and blue. White hues indicate regions that radiate in all three wavelengths. 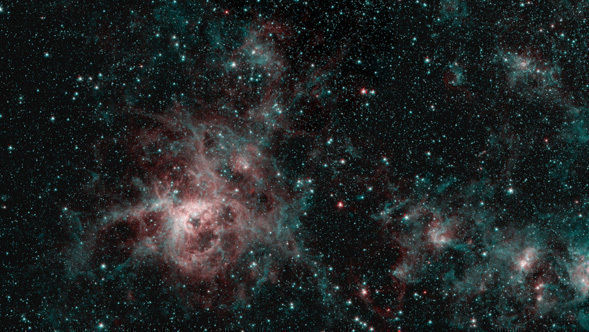 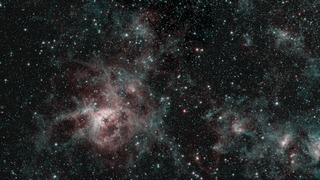 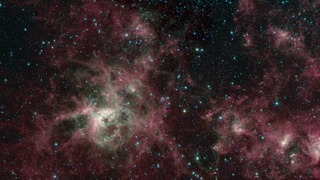 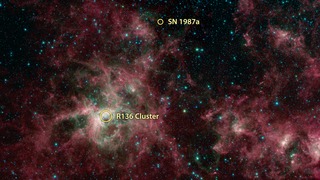