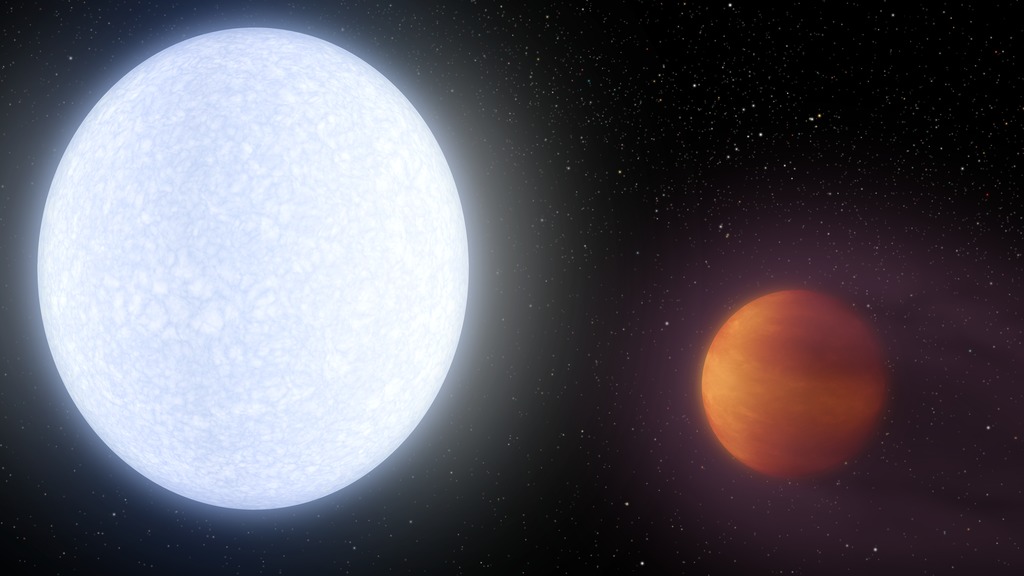 With a dayside temperature of more than 7,800 degrees Fahrenheit (4,600 Kelvin), KELT-9b is a planet that is hotter than most stars. But its star, called KELT-9, is even hotter -- a blue A-type star that is likely unraveling the planet through evaporation.

KELT-9b is a gas giant 2.8 times more massive than Jupiter, but only half as dense. Scientists would expect the planet to have a smaller radius, but the extreme radiation from its host star has caused the planet's atmosphere to puff up like a balloon.

The KELT-9 star is only 300 million years old, which is young in star time. It is more than twice as large, and nearly twice as hot, as our sun. Given that the planet's atmosphere is constantly blasted with high levels of ultraviolet radiation, the planet may even be shedding a tail of evaporated planetary material like a comet. 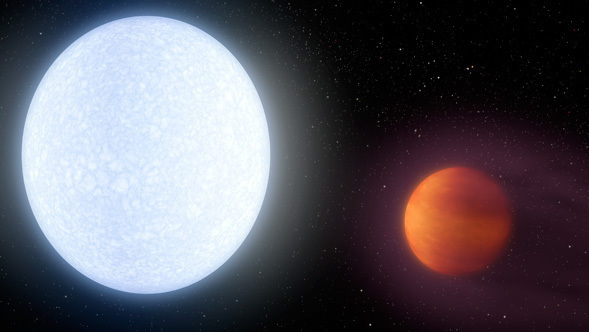 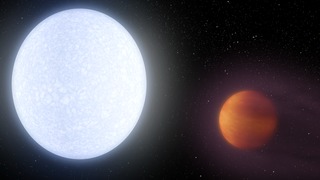 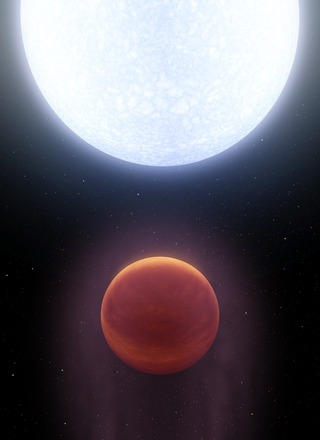