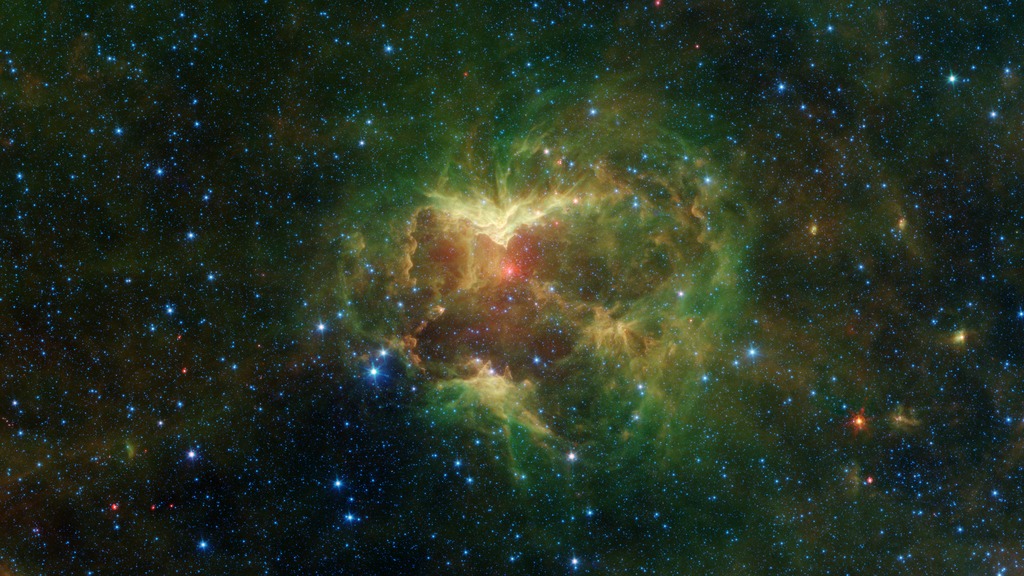 This carved-out cloud of gas and dust has been nicknamed the "Jack-o'-lantern Nebula" because it looks like a cosmic hollowed-out pumpkin. Powerful outflows of radiation and particles from a massive star known as an O-type star and about 15 to 20 times heavier than the Sun has likely swept the surrounding dust and gas outward, creating deep gouges in the cloud. The image shows infrared light (which is invisible to the human eye) captured by NASA's Spitzer Space Telescope.

This image features three wavelengths of infrared light. Green and red represent wavelengths emitted primarily by dust radiating at different temperatures, though some stars radiate prominently in these wavelengths as well. The combination of green and red in the image creates yellow hues. Blue represents a wavelength emitted, in this image, mostly by stars and some very hot regions of the nebula. White regions are where the objects are bright in all three colors. The O-type star appears as a white spot at the center of a red dust shell near the middle of the scooped-out region. 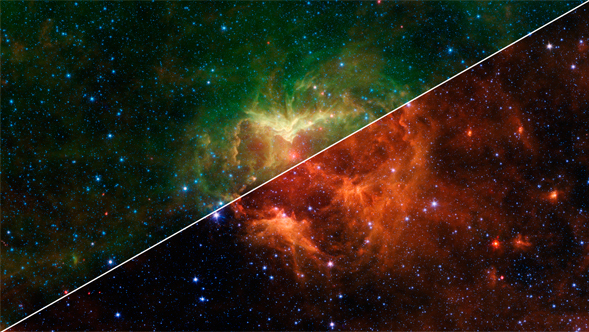 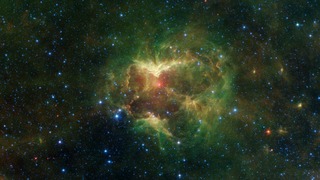 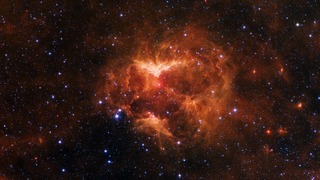