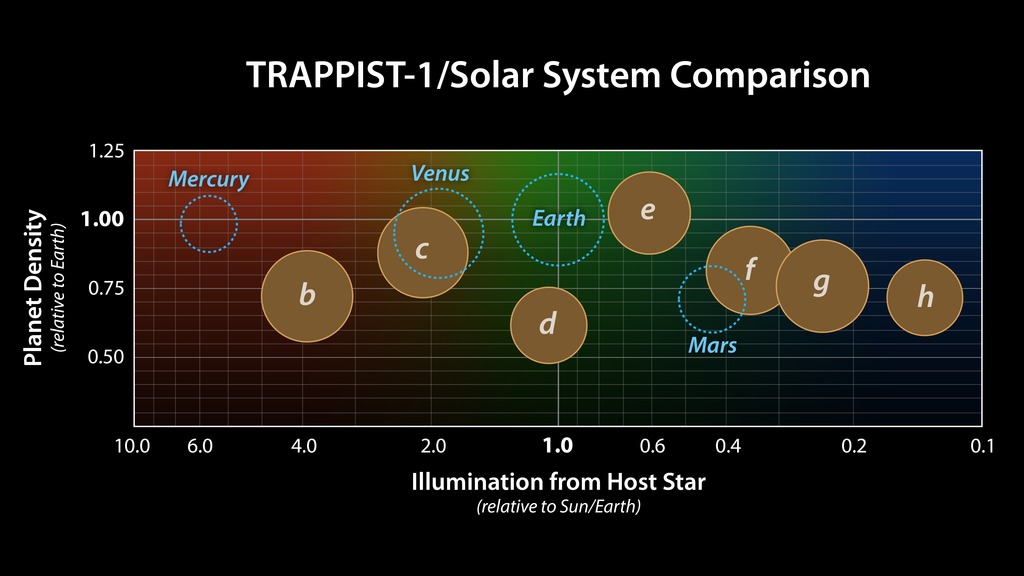 This graph presents known properties of the seven TRAPPIST-1 exoplanets (labeled b through h), showing how they stack up to the inner rocky worlds in our own solar system.

The horizontal axis shows the level of illumination that each planet receives from its host star. TRAPPIST-1 is a mere 9 percent the mass of our Sun, and its temperature is much cooler. But because the TRAPPIST-1 planets orbit so closely to their star, they receive comparable levels of light and heat to Earth and its neighboring planets.

The vertical axis shows the densities of the planets. Density, calculated based on a planet's mass and volume, is the first important step in understanding a planets composition. The plot shows that the TRAPPIST-1 planet densities range from being similar to Earth and Venus at the upper end, down to values comparable to Mars at the lower end.

The relative sizes of the planets are indicated by the circles.

The masses and densities of the TRAPPIST-1 planets were determined by careful measurements of slight variations in the timings of their orbits using extensive observations made by NASAs Spitzer and Kepler space telescopes, in combination with data from Hubble and a number of ground-based telescopes. These measurements are the most precise to date for any system of exoplanets.

By comparing these measurements with theoretical models of how planets form and evolve, researchers have determined that they are all rocky in overall composition. Estimates suggest the lower-density planets could have large quantities of water -- as much as 5 percent by mass for TRAPPIST-1d. Earth, in comparison, has only about 0.02 percent of its mass in the form of water. 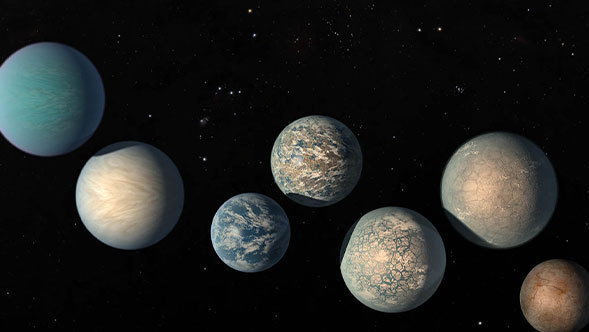 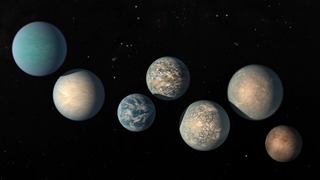 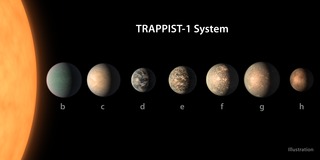 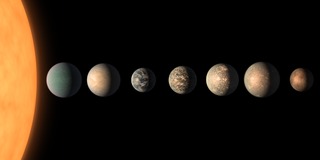 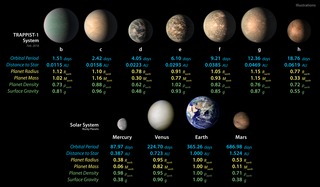 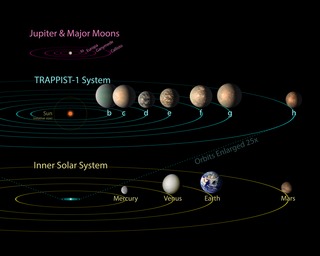 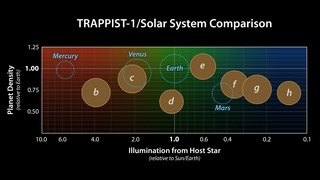 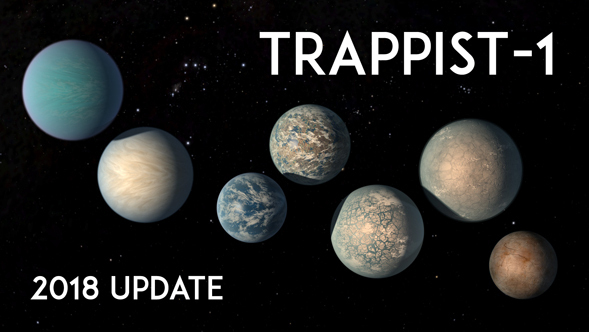 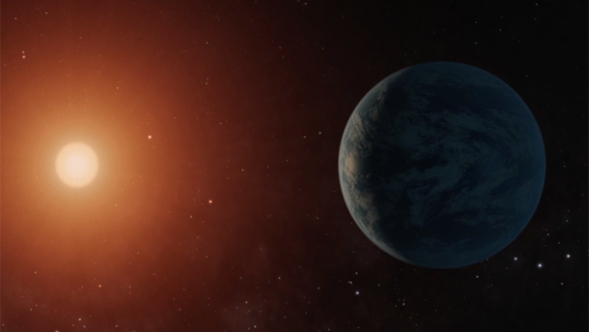 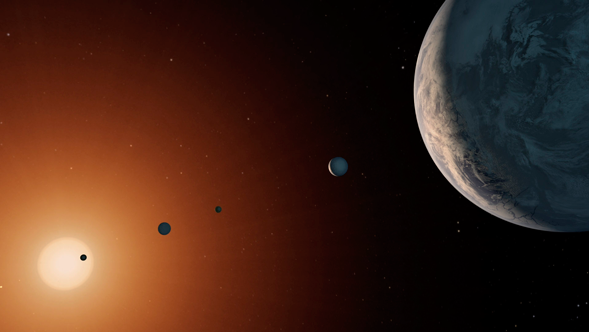