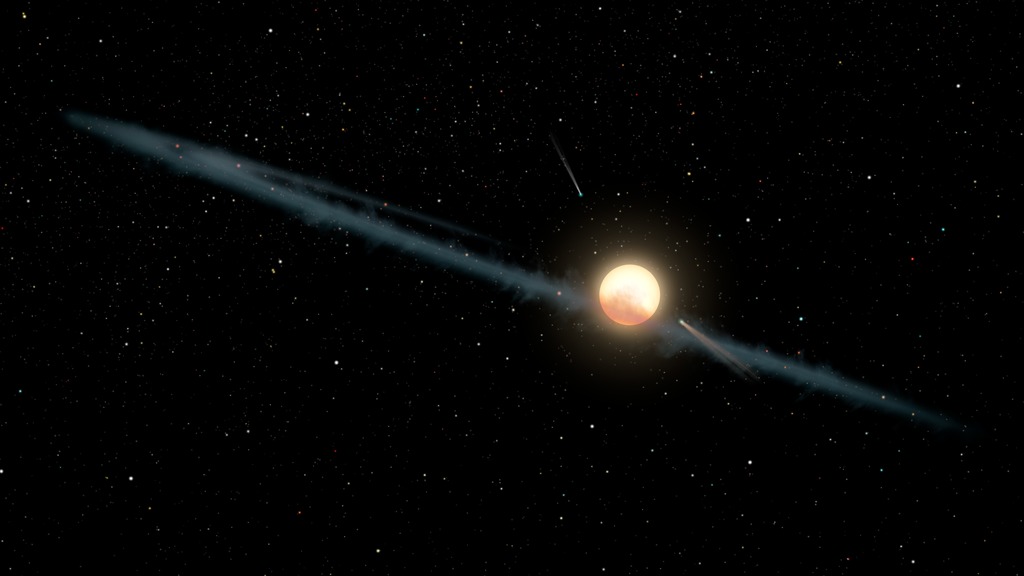 This illustration depicts a hypothetical uneven ring of dust orbitingKIC 8462852, also known as Boyajians Star or Tabby's Star. Astronomers have found the dimming of the star over long periods appears to be weaker at longer infrared wavelengths of light and stronger at shorter ultraviolet wavelengths. Such reddening is characteristic of dust particles and inconsistent with more fanciful alien megastructure concepts, which would evenly dim all wavelengths of light.

By studying observations from NASAsSpitzer and Swift telescopes, as well as the Belgian AstroLAB IRIS observatory, the researchers have been able to better constrain the size of the dust particles. This places them within the range found in dust disks orbiting stars, and larger than the particles typically found in interstellar dust.

The system is portrayed with a couple of comets, consistent with previous studies that have found evidence for cometary activity within the system. 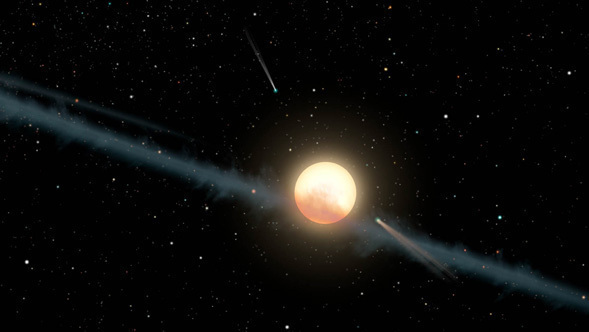 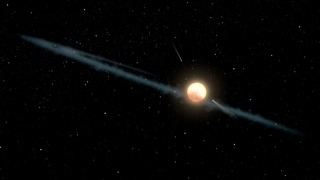