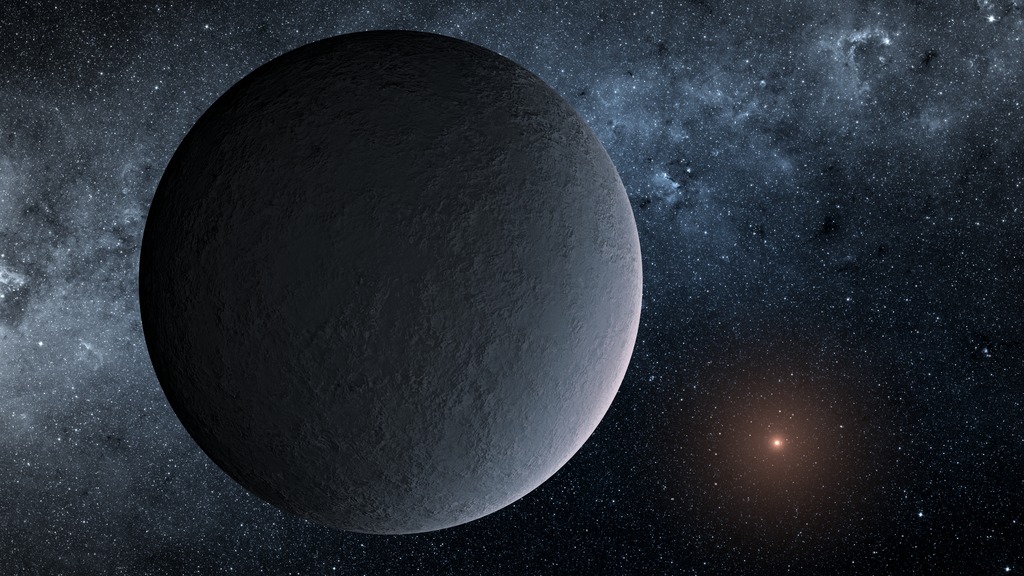 This artist's concept shows OGLE-2016-BLG-1195Lb, a planet discovered through a technique called microlensing. The planet was reported in a 2017 study in the Astrophysical Journal Letters. Study authors used the Korea Microlensing Telescope Network (KMTNet), operated by the Korea Astronomy and Space Science Institute, and NASA's Spitzer Space Telescope, to track the microlensing event and find the planet.

Although OGLE-2016-BLG-1195Lb is about the same mass as Earth, and the same distance from its host star as our planet is from our sun, the similarities may end there.

This planet is nearly 13,000 light-years away and orbits a star so small, scientists aren't sure if it's a star at all. 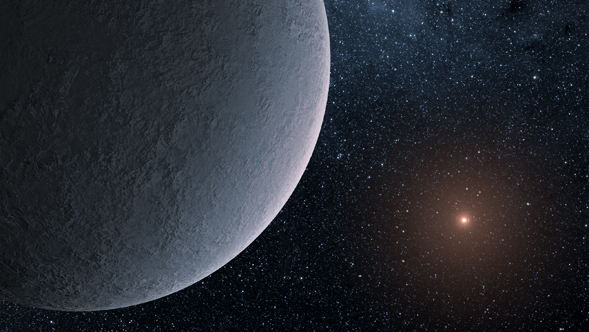 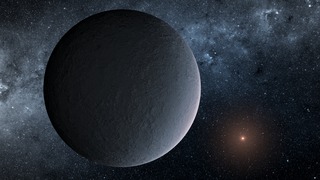