NASA
Jet Propulsion Laboratory
California Institute of Technology
What Feeds the Beast in a Galaxy Cluster? 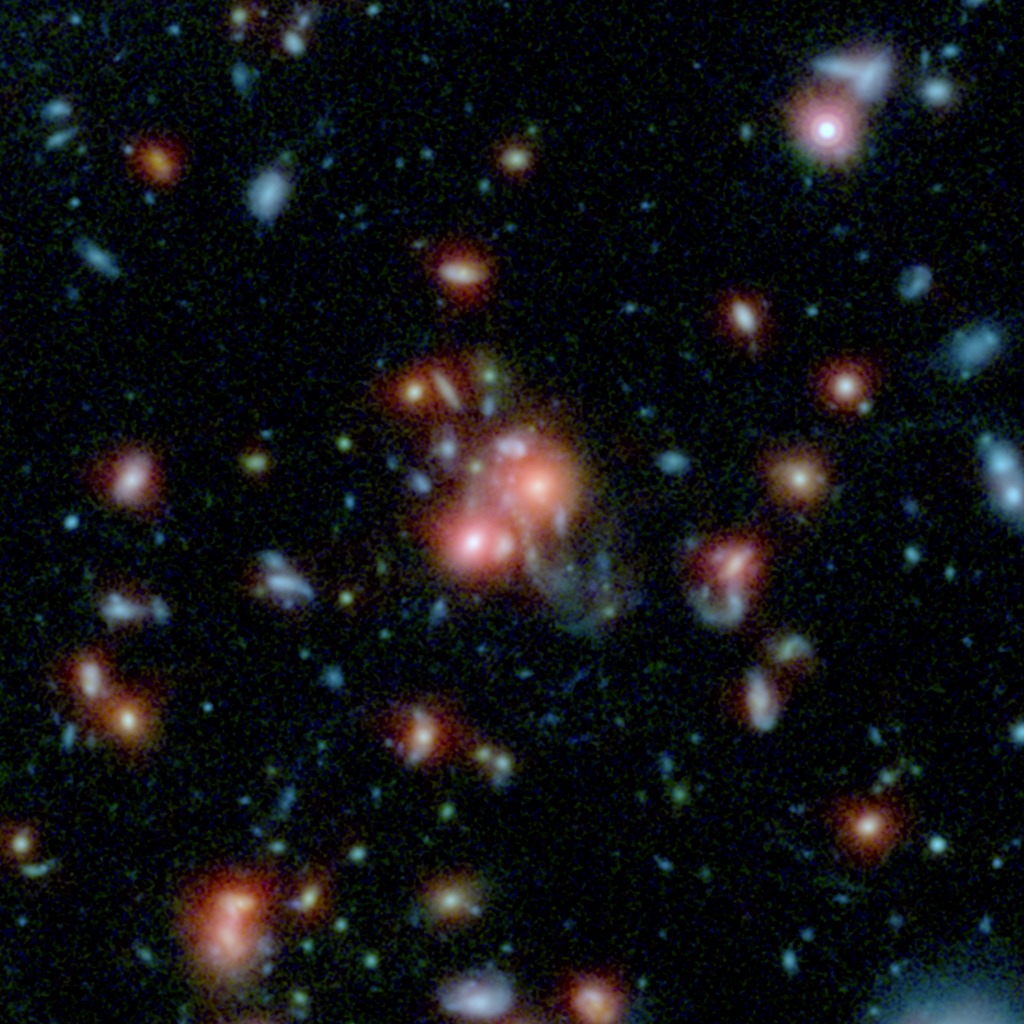 A massive cluster of galaxies, called SpARCS1049+56, can be seen in this multi-wavelength view from NASA's Hubble and Spitzer space telescopes. At the middle of the picture is the largest, central member of the family of galaxies (upper right red dot of central pair). Unlike other central galaxies in clusters, this one is bursting with the birth of new stars.

Scientists say this star birth was triggered by a collision between a smaller galaxy and the giant, central galaxy. The smaller galaxy's wispy, shredded parts, called a tidal tail, can be seen coming out below the larger galaxy. Throughout this region are features called "beads on a string," which are areas where gas has clumped to form new stars.

This type of "feeding" mechanism for galaxy clusters -- where gas from the merging of galaxies is converted to new stars -- is rare. 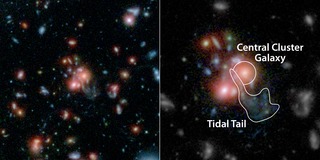 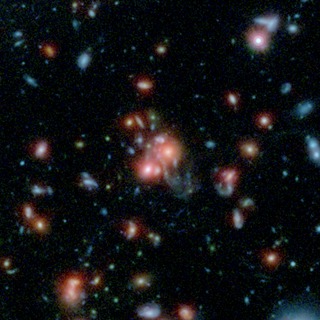