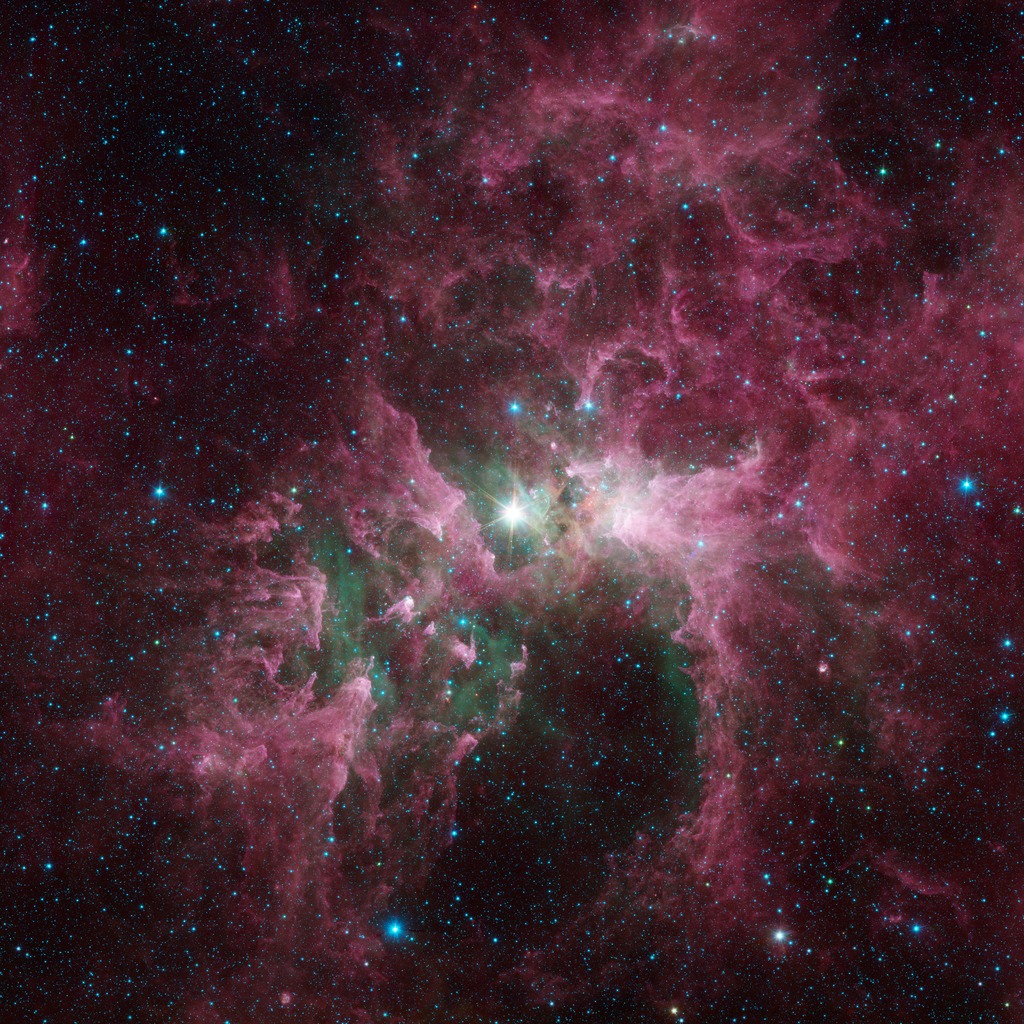 Massive stars can wreak havoc on their surroundings, as can be seen in this new view of the Carina nebula from NASAs Spitzer Space Telescope. The bright star at the center of the nebula is Eta Carinae, one of the most massive stars in the galaxy. Its blinding glare is sculpting and destroying the surrounding nebula.

Eta Carinae is a true giant of a star. It is around 100 times the mass of our sun and is burning its nuclear fuel so quickly that it is at least one million times brighter than the sun. It has brightened and faded over the years, and some astronomers think it could explode as a supernova in the not-too-distant future.

Such a tremendous outflow of energy comes at a great cost to the surrounding nebula. The infrared light from the star destroys particles of dust, sculpting cavities and leaving pillars of denser material that point back to the star. Spitzers infrared vision lets us see the dust, shown in red, as well as clouds of hot, glowing gas that appear green.

Spitzer released an image of a small part of this nebula in 2005. Subsequent observations greatly expanded our view of the entire region, and the data were combined and reprocessed as part of the extended Galactic Legacy Infrared Mid-Plane Survey Extraordinaire (GLIMPSE) project.

The infrared images were captured with the Spitzer's infrared array camera. The pictures are three-channel composites, showing emission from wavelengths of 3.6 microns (blue), 4.5 microns (green), and 8.0 microns (red). 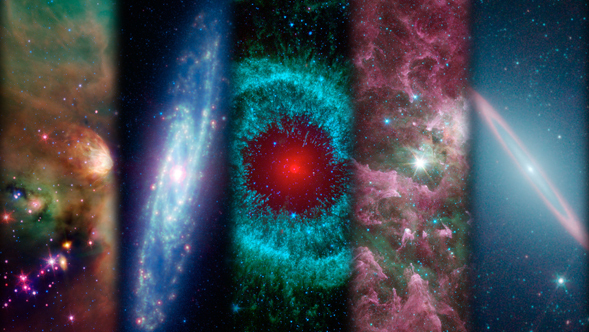 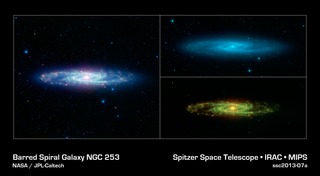 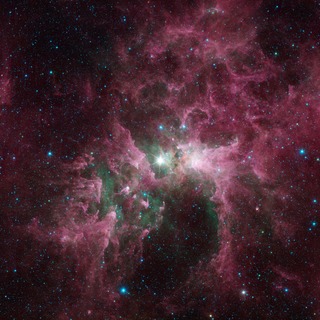 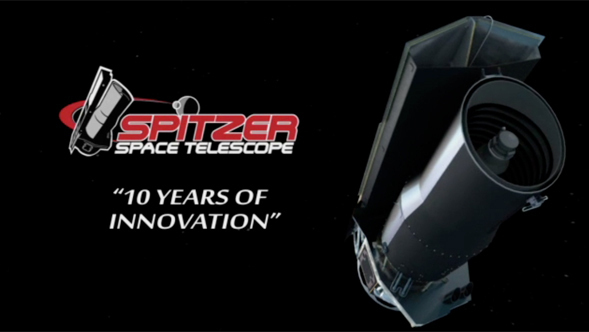