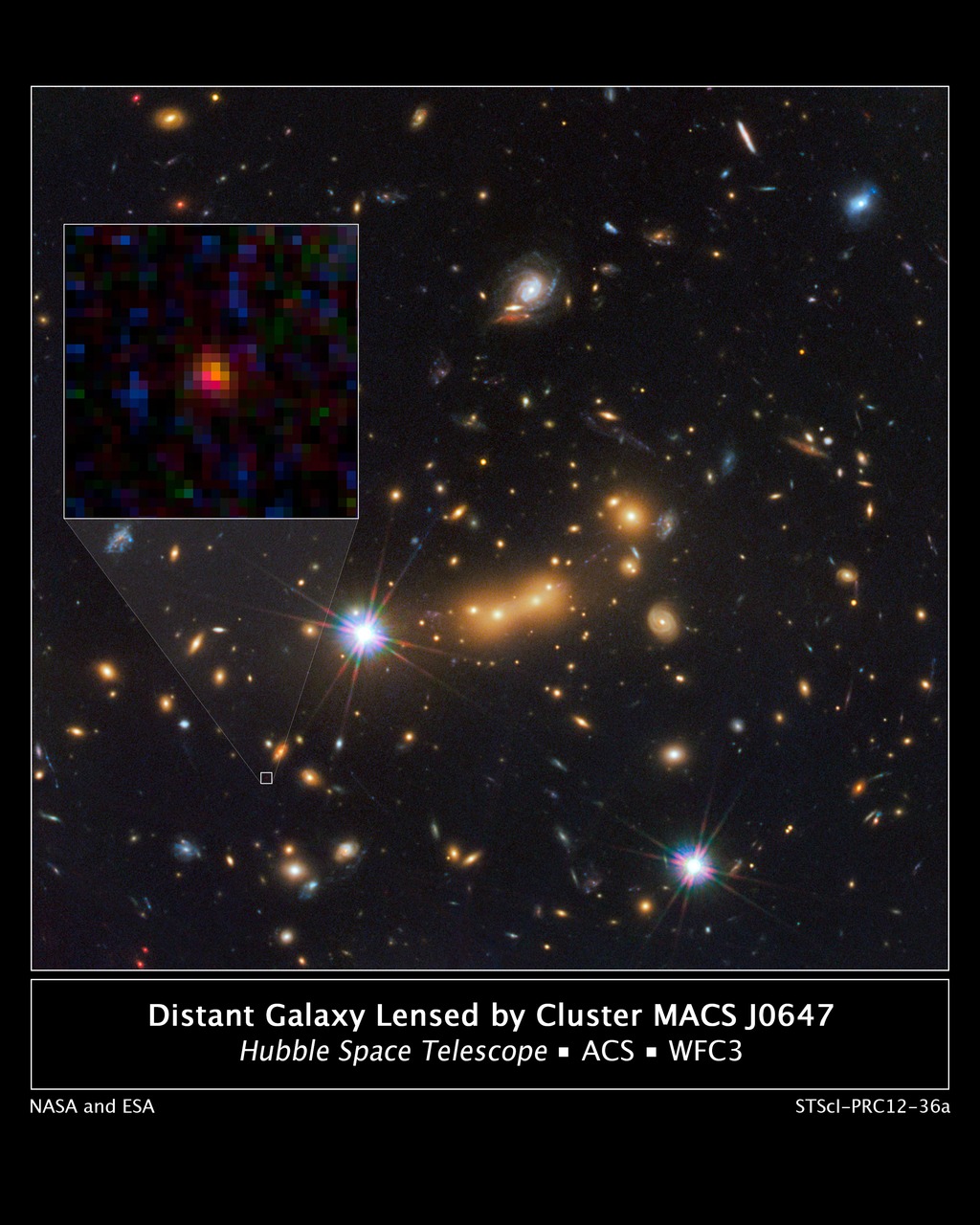 In this image, astronomers use NASA's Hubble Space Telescope and a cosmic zoom lens to uncover the farthest known galaxy in the universe. Observations from NASA's Spitzer Space Telescope helped confirm the finding.

The newly discovered galaxy, named MACS0647-JD, is very young and only a tiny fraction of the size of our Milky Way. The object is observed 420 million years after the Big Bang, when the universe was three percent of its present age of 13.7 billion years. The inset at left shows a close-up of the young dwarf galaxy.

This is the latest discovery from a large program that uses massive clusters of galaxies as natural zoom lenses to reveal distant galaxies in the early universe. The program allows astronomers to use the gravity of massive galaxy clusters to magnify distant galaxies behind them, an effect called gravitational lensing.

In this Hubble observation, astronomers used the massive galaxy cluster MACS J0647+7015 as the giant cosmic telescope. The bright yellow galaxies near the center of the image are cluster members. The cluster's gravity boosted the light from the faraway galaxy, making its image appear approximately eight times brighter than it otherwise would. The gravitational lensing technique allowed astronomers to detect the galaxy more efficiently and with greater confidence. Without the cluster's magnification powers, astronomers would not have seen this remote galaxy.

This image is a composite taken with Hubble's Wide Field Camera 3 and the Advanced Camera for Surveys. The observations were taken Oct. 5 and Nov. 29, 2011. 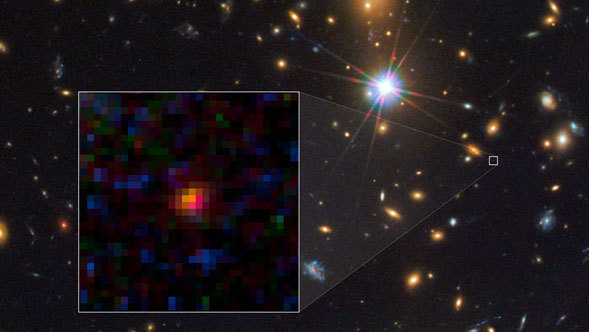 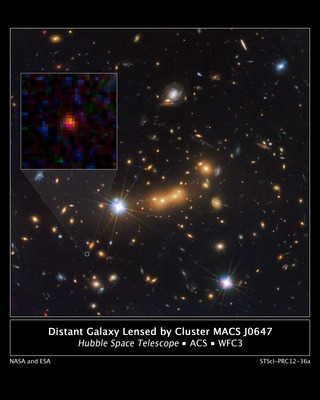