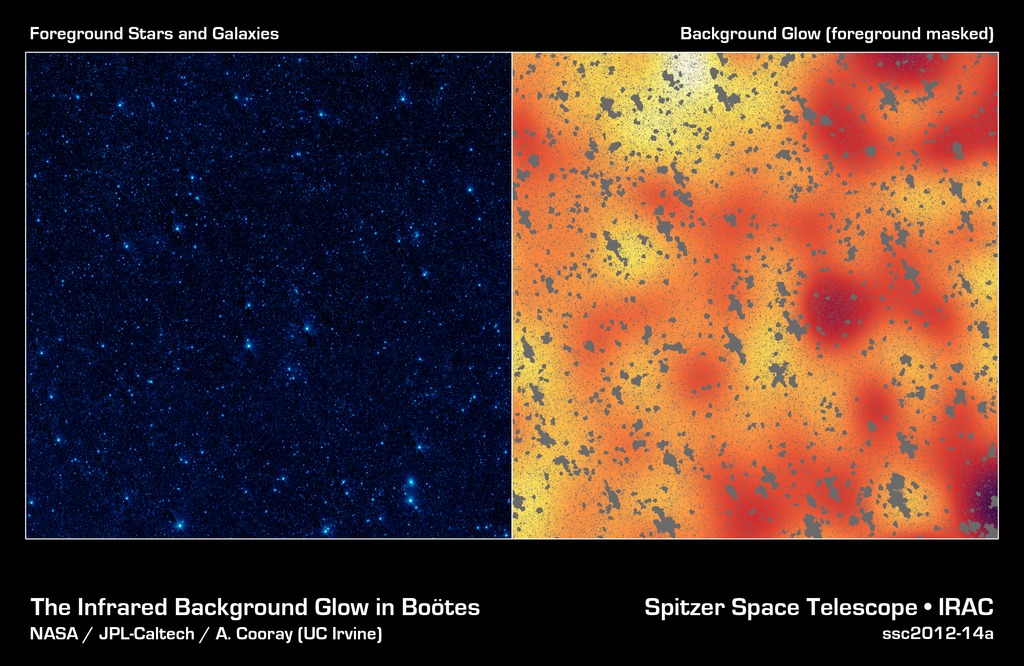 The image on the left shows a portion of our sky, called the Botes field, in infrared light, while the image on the right shows a mysterious, background infrared glow captured by NASA's Spitzer Space Telescope in the same region of sky. Using Spitzer, researchers were able to detect this background glow, which spreads across the whole sky, by masking out light from galaxies and other known sources of light (the masks are the gray, blotchy marks).

The scientists find that this light is coming from stray stars that were torn away from galaxies. When galaxies tangle and merge -- a natural stage of galaxy growth -- stars often get kicked out in the process. The stars are too faint to be seen individually, but Spitzer may be seeing their collective glow. 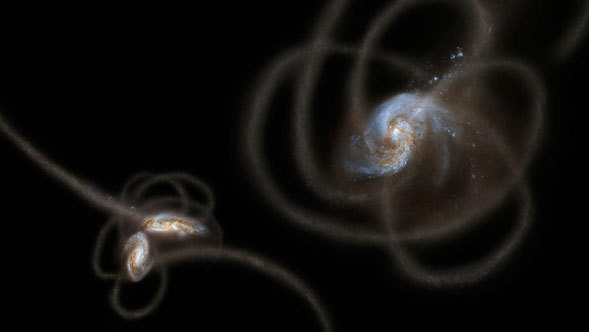 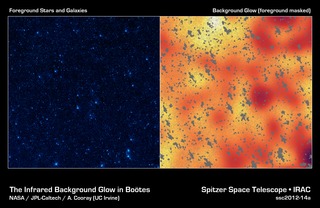 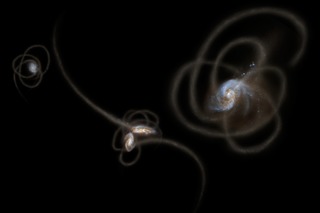 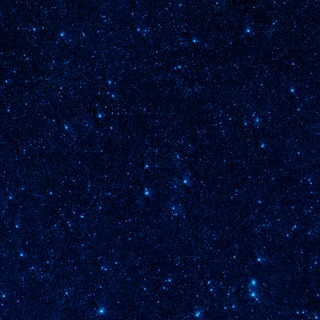 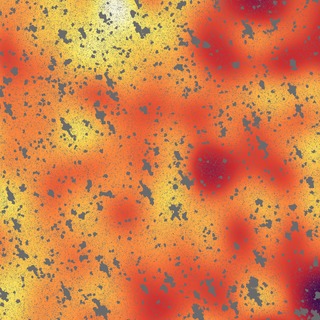