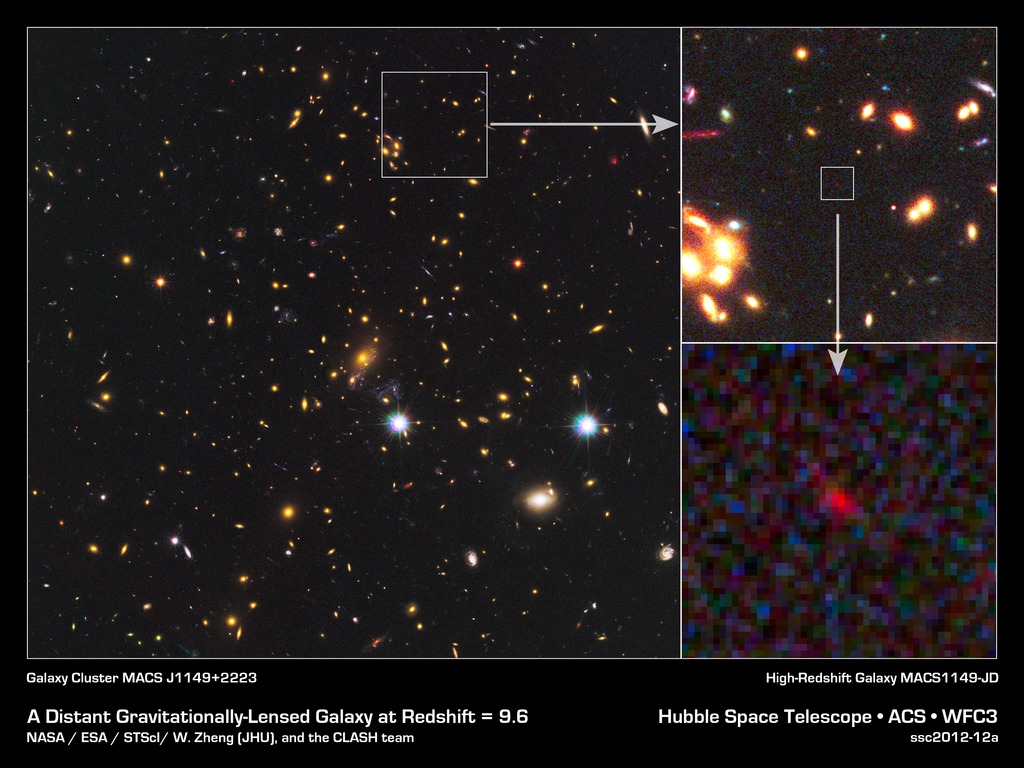 With the combined power of NASA's Spitzer and Hubble space telescopes, as well as a cosmic magnification effect, astronomers have spotted what could be the most distant galaxy ever seen. Light from the primordial galaxy traveled approximately 13.2 billion light-years before reaching NASA's telescopes, shining forth from the so-called cosmic dark ages when the universe was just 3.6 percent of its present age.

Astronomers relied on gravitational lensing to catch sight of the early, distant galaxy. In this phenomenon, predicted by Albert Einstein a century ago, the gravity of foreground objects warps and magnifies the light from background objects.

In the big image at left, the many galaxies of a massive cluster called MACS J1149+2223 dominate the scene. Gravitational lensing by the giant cluster brightened the light from the newfound galaxy, known as MACS 1149-JD, some 15 times, bringing the remote object into view.

At upper right, a partial zoom-in shows MACS 1149-JD in more detail, and a deeper zoom appears to the lower right. In these visible and infrared light images from Hubble, MACS 1149-JD looks like a dim, red speck. The small galaxy's starlight has been stretched into longer wavelengths, or "redshifted," by the expansion of the universe. MACS 1149-JD's stars originally emitted the infrared light seen here at much shorter, higher-energy wavelengths, such as ultraviolet.

The far-off galaxy existed within an important era when the universe transformed from a starless expanse during the dark ages to a recognizable cosmos full of galaxies. The discovery of the faint, small galaxy opens a window onto the deepest, remotest epochs of cosmic history. 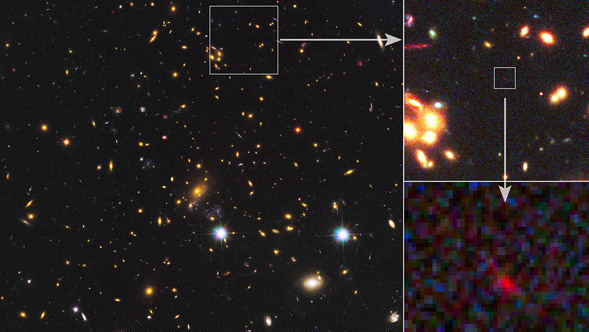 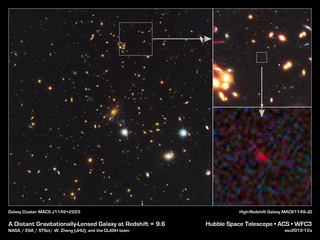 Observation | ssc2012-12a
A Glimmer from a Dark Cosmic Era
Components

Observation | ssc2012-12a
A Glimmer from a Dark Cosmic Era 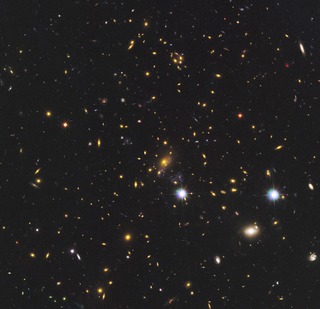 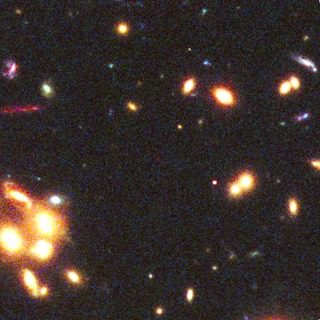 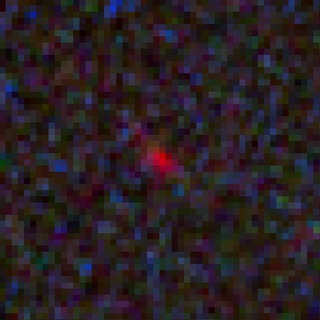