We have launched the new Spitzer website! Send feedback to outreach@ipac.caltech.edu. Find the old website at http://legacy.spitzer.caltech.edu.
NASA
Jet Propulsion Laboratory
California Institute of Technology
Magician of a Planet Disappears to Reveal Itself 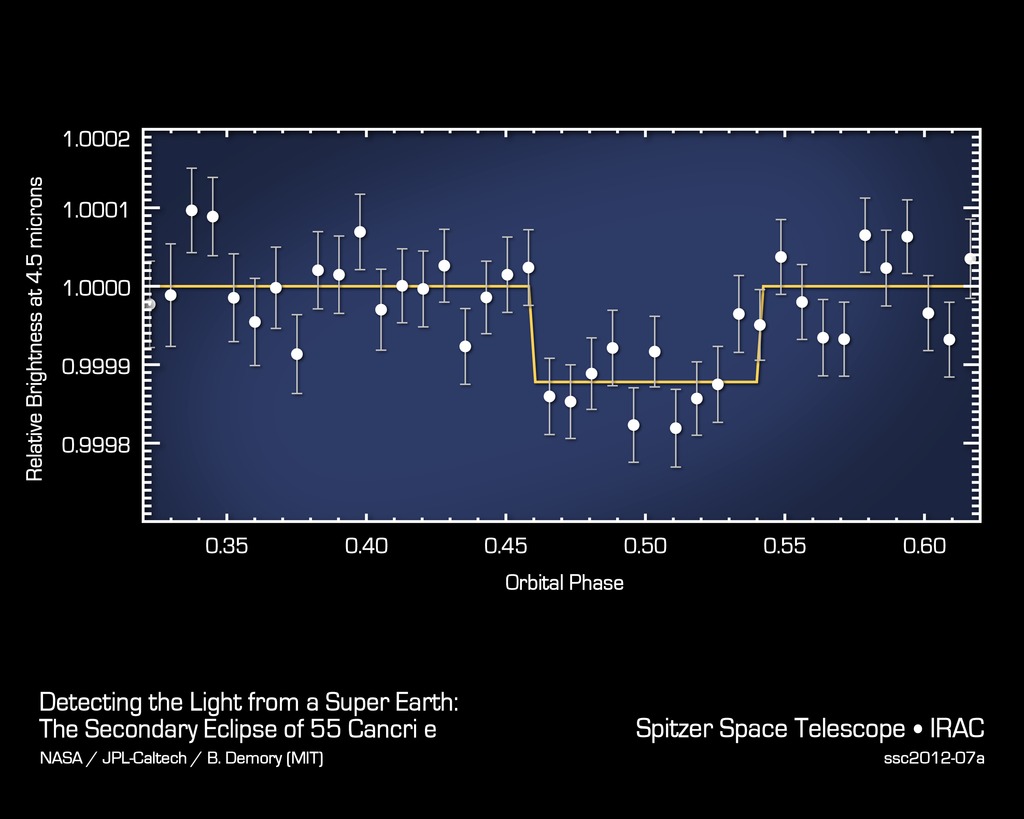 This plot of data from NASA's Spitzer Space Telescope reveals the light from a "super Earth" called 55 Cancri e. The planet is the smallest yet, beyond our solar system, to reveal its direct light. Super Earths are more massive than Earth but lighter than gas giants like Neptune. While this planet is not habitable, the observations are an important milestone toward being able to eventually perform a similar technique on even smaller, potentially Earth-like planets.

The plot shows how the infrared light from the 55 Cancri system, both the star and planet, changed as the planet passed behind its star in what is called an occultation. When the planet disappeared, the total light dropped, and then increased back to normal levels as the planet circled back into view. The drop indicated how much light came directly from the planet itself. This type of information is important for studying the temperatures and compositions of planetary atmospheres beyond our own. 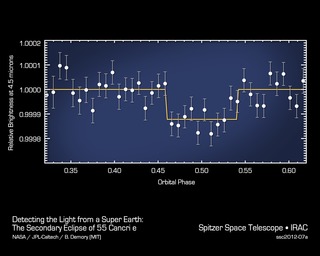 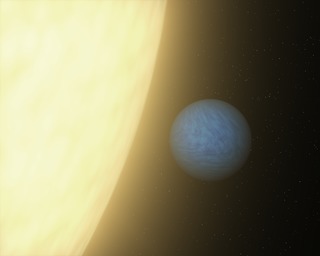 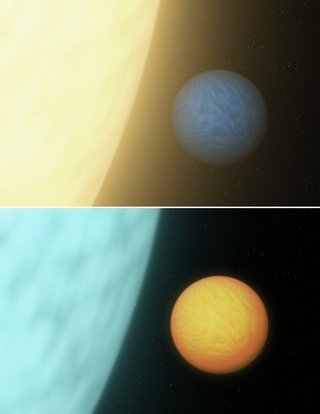 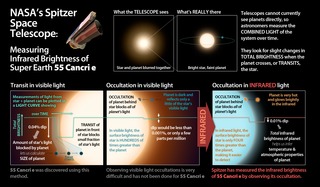 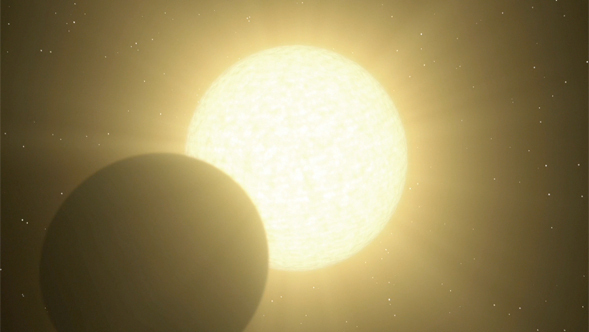 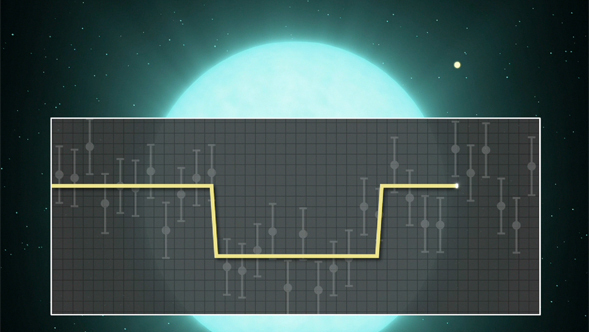