We have launched the new Spitzer website! Send feedback to outreach@ipac.caltech.edu. Find the old website at http://legacy.spitzer.caltech.edu.
NASA
Jet Propulsion Laboratory
California Institute of Technology
Goings On Around Star-forming Towns 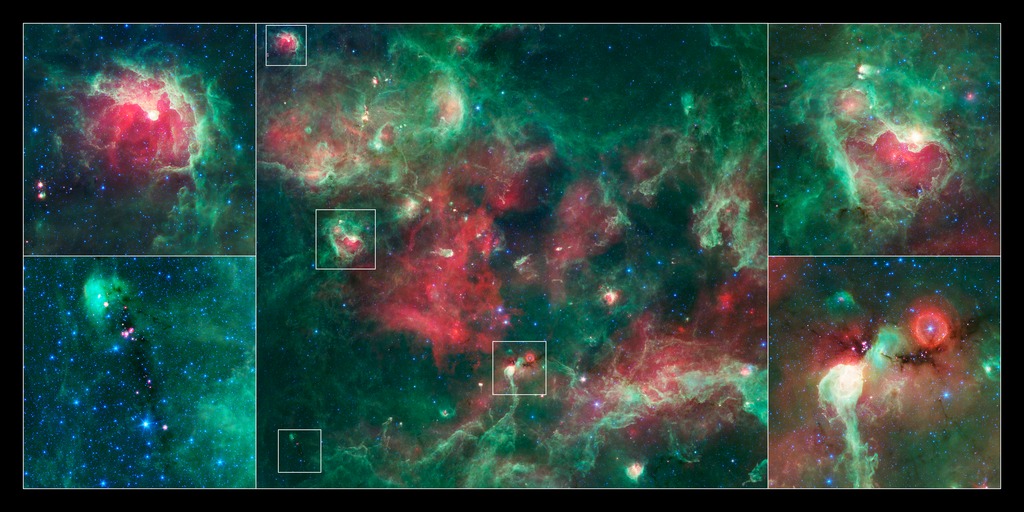 In this new action-packed view of the Cygnus X star-forming region from NASA's Spitzer Space Telescope, stars can be seen at different stages of development. Infrared light that we can't see with our eyes has been color-coded, such that the shortest wavelengths are shown in blue, the longest in red, and the middle wavelengths in green.

The top left box shows AFGL 2636, which is a bright-rimmed shell of material, carved out by winds and radiation from massive stars. These massive stars are located near the tip of the pillar in the center of the region. The inner region is glowing red due to gas that has been ionized by the massive stars. Spitzer has revealed a cluster of young stars with planet-forming disks in the central region, and embryonic stars embedded in the rim around the cavity. The situation is similar in the top right image, a region called DR22.

The lower left and right images show clouds that are so thick to appear dark even to the dust-piercing, infrared eyes of Spitzer. Young stars, visible as red points, are buried in these dark clouds. They are red because they are heating up surrounding dust, causing it to glow at longer infrared wavelengths.

The red orb in the lower right image surrounds what is thought to be a star called a luminous blue variable, visible as the blue central point. This is a more evolved massive star that, after periods of instability, cast off a shell of material (red) from its outer layers. The bright object below the dark cloud in the lower right image is the tip of a large pillar, called DR 15, which is being eroded by winds and radiation from a large number of massive stars located above it. 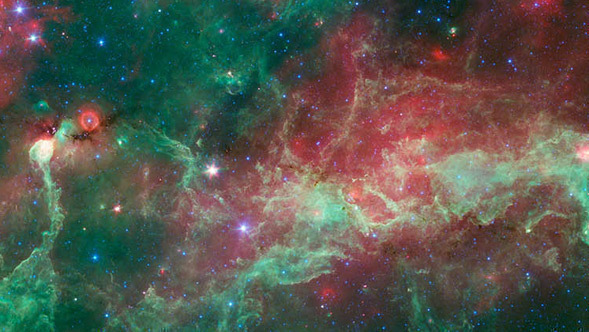 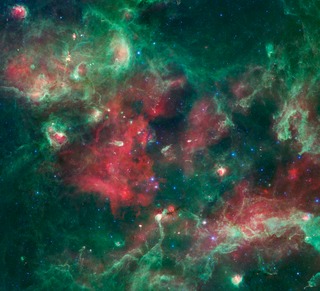 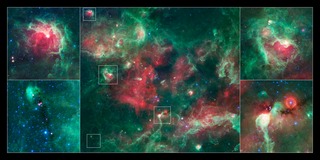 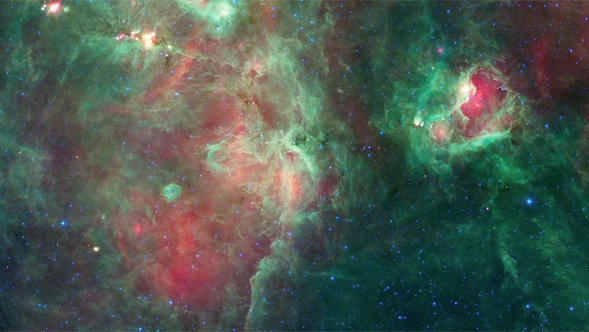