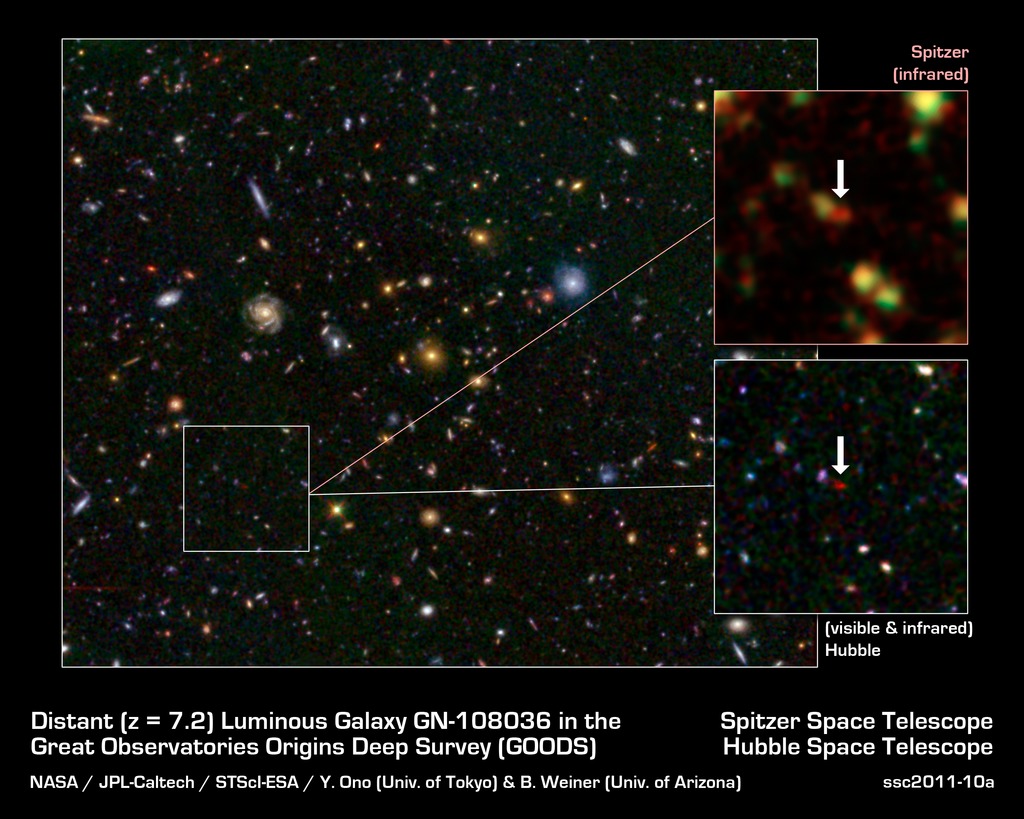 This image shows one of the most distant galaxies known, called GN-108036, dating back to 750 million years after the Big Bang that created our universe. The galaxy's light took 12.9 billion years to reach us.

The galaxy was discovered and confirmed using the Subaru telescope and the W.M. Keck Observatory, respectively, both located atop Mauna Kea in Hawaii. After the galaxy was discovered, astronomers looked at infrared observations of it taken by NASA's Spitzer and Hubble space telescopes, and were surprised by how bright the galaxy appeared. This brightness resulted from an extreme burst of star formation -- a rare event for such an early cosmic era. In fact, GN-108036 is the most luminous galaxy found to date at these great distances.

Astronomers refer to a galaxy's distance by its "redshift," a number that refers to how much the light has been stretched to longer, redder wavelengths by the expansion of the universe. Galaxies with higher redshifts are more distant, and are seen farther back in time. GN-108036 has a redshift of 7.2, making it one of only a handful of galaxies detected this far away and this early in cosmic history.

The main Hubble image shows a field of galaxies, known as the Great Observatories Origins Deep Survey, or GOODS. A close-up of the Hubble image, and a Spitzer image, are called out at right. In the Spitzer image, infrared light captured by its Infrared Array Camera at wavelengths of 3.6 and 4.5 microns is colored green and red, respectively. In the Hubble image, visible light taken by its Advanced Camera for Surveys instrument at 0.6 and 0.9 microns is blue and green, respectively, while infrared light captured by Hubble's new Wide Field Camera 3 at 1.6 microns is red. GN-108036 is only detected in the infrared, and is completely invisible in the optical Hubble images, explaining its very red color in this picture. 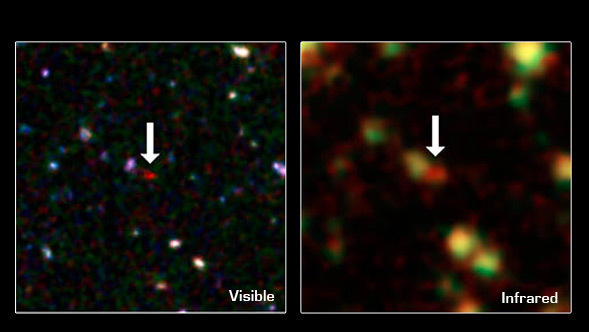 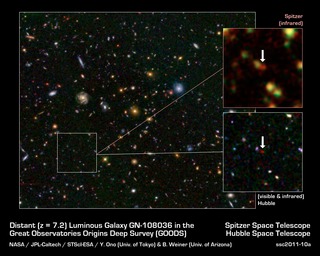 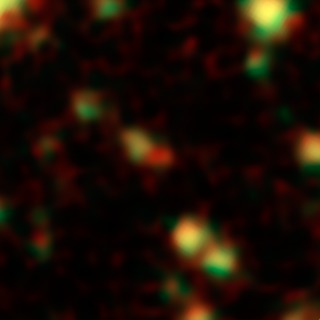 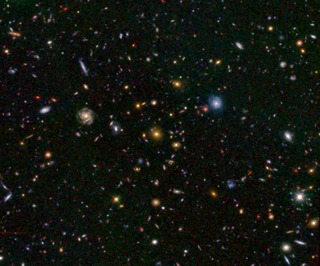