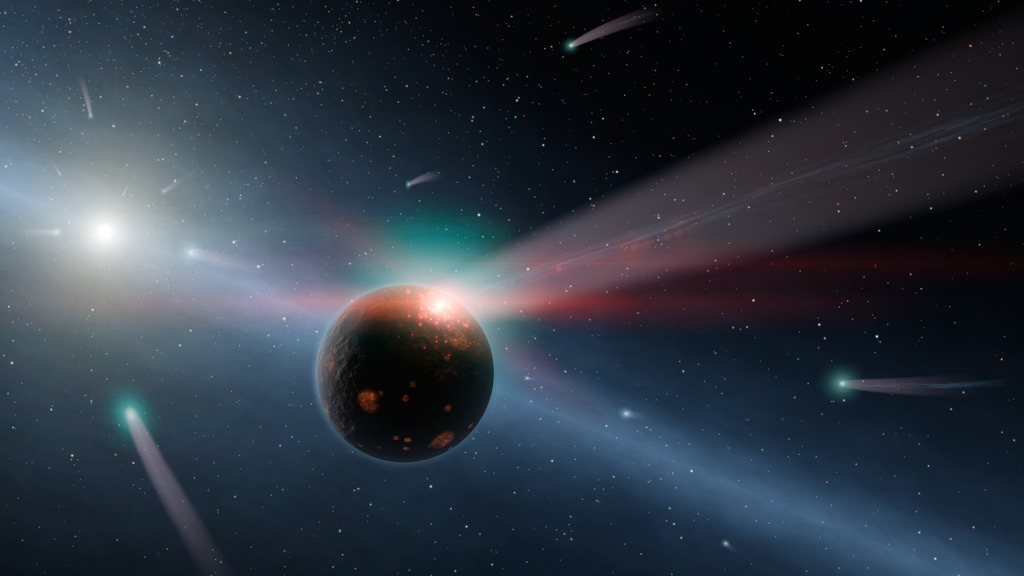 This artist's conception illustrates a storm of comets around a star near our own, called Eta Corvi. Evidence for this barrage comes from NASA's Spitzer Space Telescope, whose infrared detectors picked up indications that one or more comets was recently torn to shreds after colliding with a rocky body. In this artist's conception, one such giant comet is shown smashing into a rocky planet, flinging ice- and carbon-rich dust into space, while also smashing water and organics into the surface of the planet. A glowing red flash captures the moment of impact on the planet. Yellow-white Eta Corvi is shown to the left, with still more comets streaming toward it.

Spitzer detected spectral signatures of water ice, organics and rock around Eta Corvi -- key ingredients of comets. This is the first time that evidence for such a comet storm has been seen around another star. Eta Corvi is just about the right age, about one billion years old, to be experiencing a bombardment of comets akin to what occurred in our own solar system at 600 to 800 millions years of age, termed the Late Heavy Bombardment.

Scientists say the Late Heavy Bombardment was triggered in our solar system by the migration of our outer planets, which jostled icy comets about, sending some of them flying inward. The incoming comets scarred our moon and pummeled our inner planets. They may have even brought materials to Earth that helped kick start life. 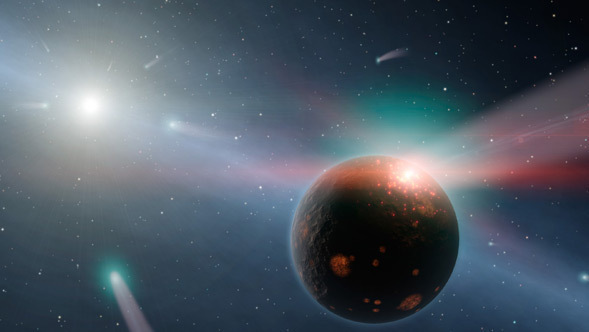 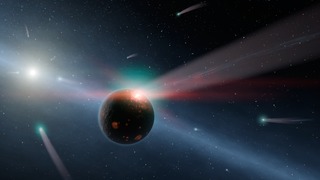