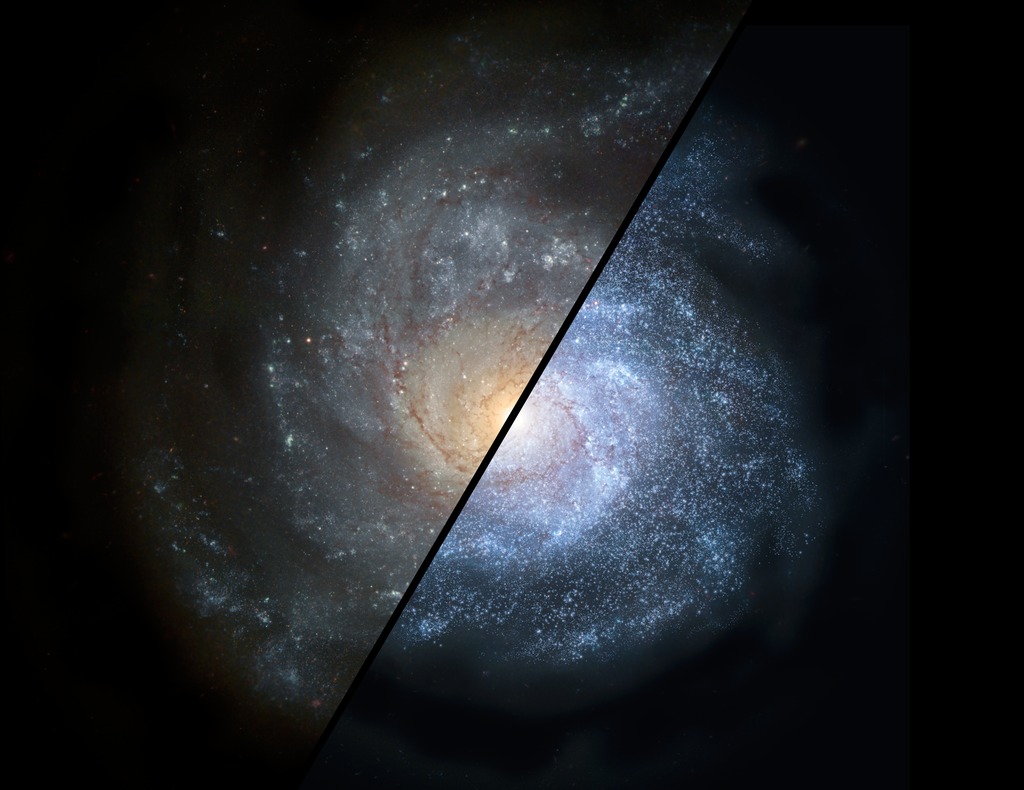 This split view shows how a normal spiral galaxy around our local universe (left) might have looked back in the distant universe, when astronomers think galaxies would have been filled with larger populations of hot, bright stars (right).

NASA's Spitzer Space Telescope discovered that distant populations of galaxies formed massive, bright stars more commonly than today's "diet-conscious" galaxies. Such early galaxies would have been brighter, bluer and more irregular than spiral galaxies today due to the large proportion of massive stars.

The Spitzer observations also demonstrate that these distant galaxies fed off steady streams of gas, rather than bursts of gas stirred up from collisions with other galaxies.

This artist's rendering is derived from the Hubble image of NGC 1309. 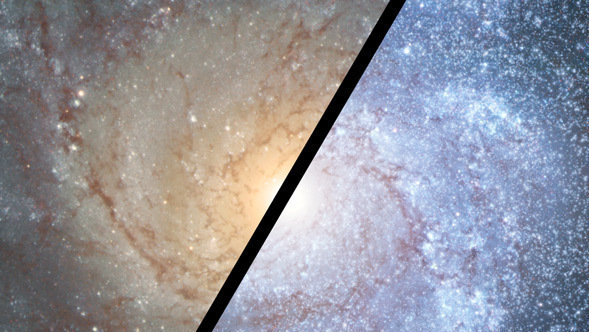 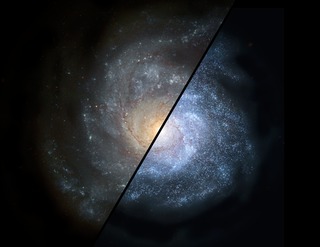