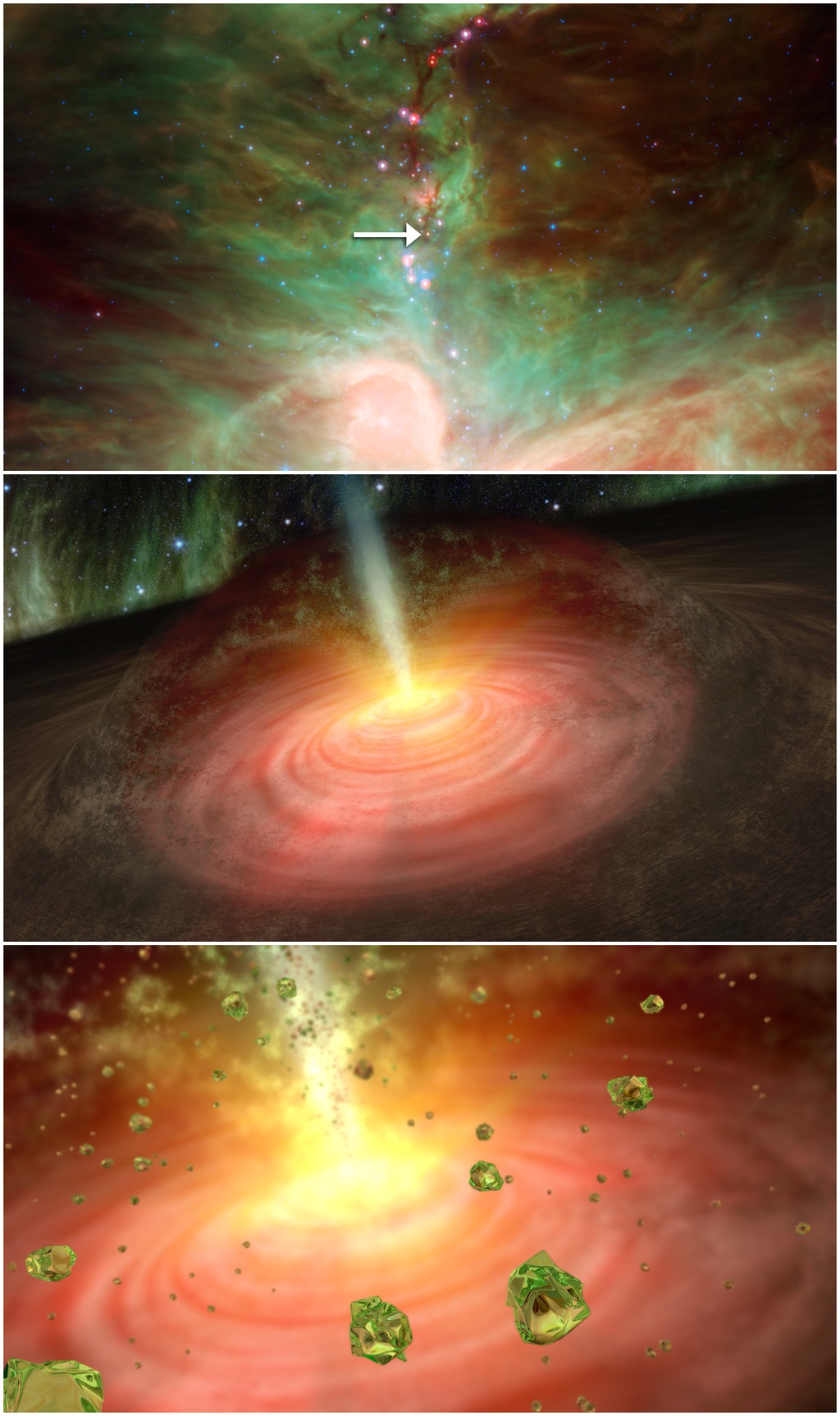 NASA's Spitzer Space Telescope detected tiny green crystals, called olivine, thought to be raining down on a developing star. This graphic illustrates the process, beginning with a picture of the star and ending with an artist's concept of what the crystal "rain" might look like.

The top picture was taken in infrared light by NASA's Spitzer Space Telescope. An arrow points to the embryonic star, called HOPS-68. The middle panel illustrates how the olivine crystals are suspected to have been transported into the outer cloud around the developing star, or protostar. Jets shooting away from the protostar, where temperatures are hot enough to cook the crystals, are thought to have transported them to the outer cloud, where temperatures are much colder. Astronomers say the crystals are raining back down onto the swirling disk of planet-forming dust circling the star, as depicted in the final panel. 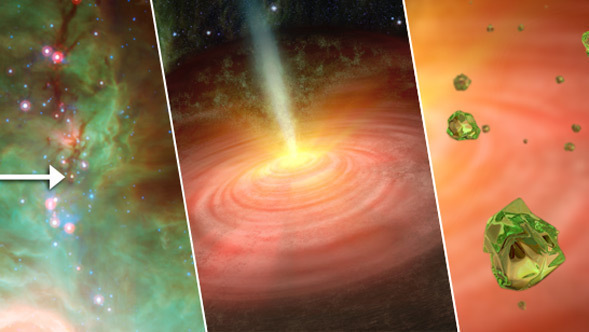 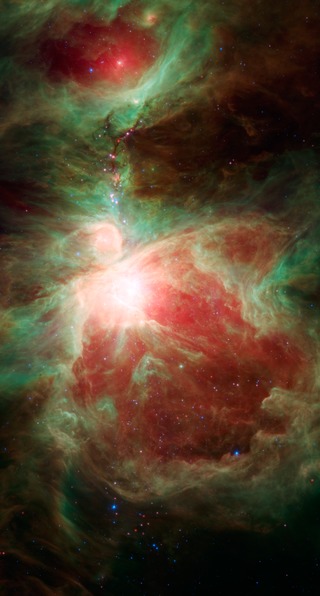 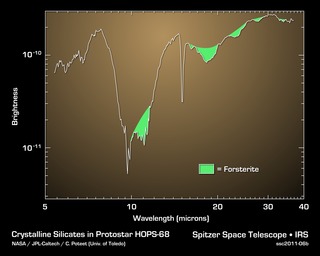 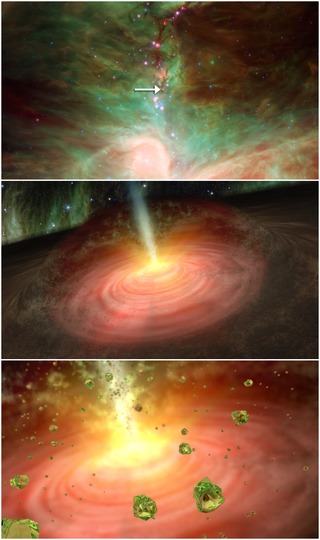 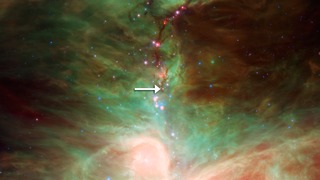 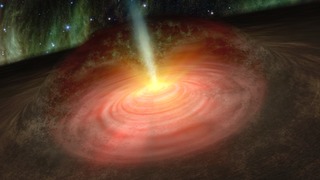 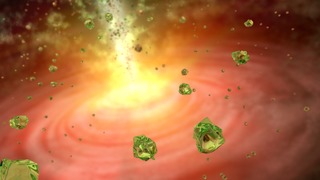