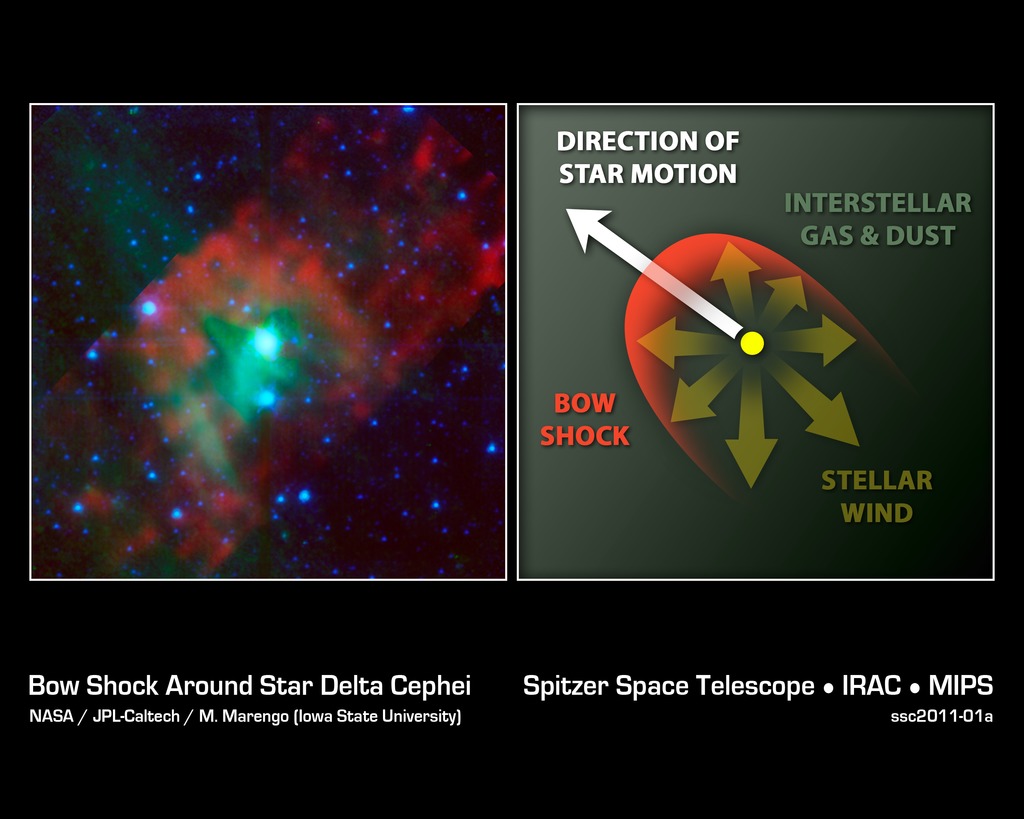 This image layout illustrates how NASA's Spitzer Space Telescope was able to show that astandard candle" used to measure cosmological distances is shrinking -- a finding that affects precise measurements of the age, size and expansion rate of our universe. The image on the left, taken by Spitzer in infrared light, shows Delta Cephei, a type of standard candle used to measure the distances to galaxies that are relatively close to us. Cepheids like this one are the first rungs on the so-called cosmological distance ladder -- a tool needed to measure farther and farther distances.

Spitzer showed that the star has a bow shock in front of it. This can be seen as the red arc shape to the left of the star, which is depicted in blue-green (the colors have been assigned to specific infrared wavelengths we can't see with our eyes). The presence of the bow shock told astronomers that Delta Cephei must have a wind that is forming the shock. This wind is made up of gas and dust blowing off the star. Before this finding, there was no direct proof that Cepheid stars could lose mass, or shrink.

The finding is important because the loss of mass around a Cepheid can obscure the star's light, making it appear brighter in infrared observations, and dimmer in visible light, than it really is. This, in turn, affects calculations of how far away the star is. Even tiny inaccuracies in such distant measurements can cause the whole cosmological distance ladder to come unhinged.

The diagram on the right illustrates how Delta Cephei's bow shock was formed. As the star speeds along through space, its wind hits interstellar gas and dust, causing it to pile up in the bow shock. A companion star to Delta Cephei, seen just below it, is lighting up the region, allowing Spitzer to better see the region. By examining the structure of the bow shock, astronomers were able to calculate how fast the star is losing mass. 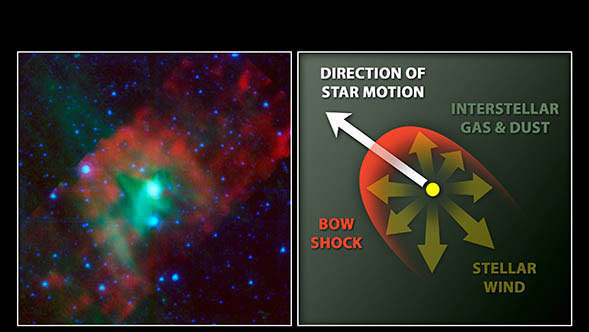 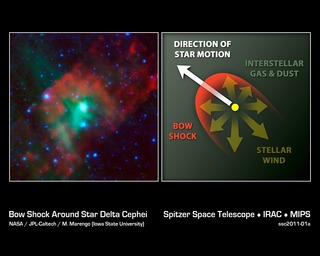