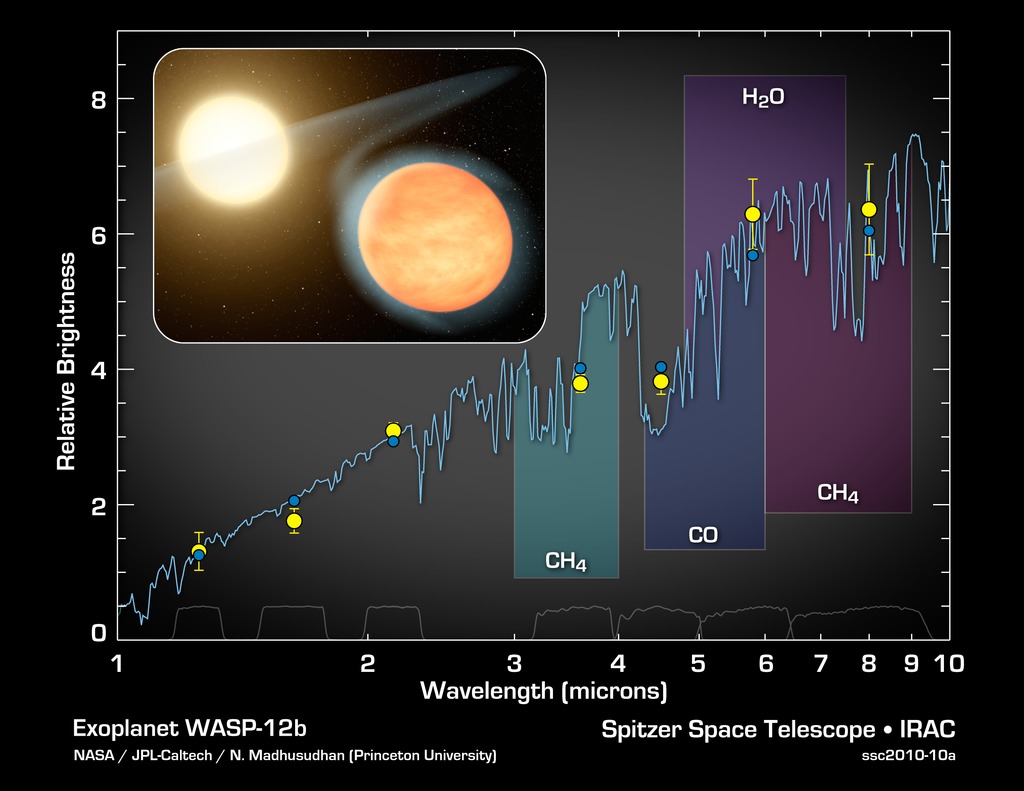 This plot of data from NASA's Spitzer Space Telescope indicates the presence of molecules in the planet WASP-12b -- a super-hot gas giant that orbits tightly around its star. Spitzer measurements suggest this planet's atmosphere has carbon monoxide, excess methane, and not much water vapor. The results demonstrate that WASP-12b is the first known carbon-rich planet.

Spitzer made these measurements as the planet circled behind the star, in an event called the secondary eclipse. The telescope collected the infrared light from the star and the planet, then just the star as the planet disappeared behind the star. This allowed astronomers to calculate the amount of infrared light coming solely from the planet. The observations were performed at four different wavelengths of infrared light. These data were then combined with previously reported measurements taken by the Canada-France-Hawaii Telescope atop Mauna Kea, Hawaii, at shorter infrared wavelengths to create this plot.

The yellow dots show the data, along with the observational uncertainties. The blue curve is a model of the planet's light, or spectrum, showing the fingerprints of chemicals in the atmosphere. The blue dots represent the blue model curve averaged to cover the same wavelengths as the data, as shown by the gray lines at the bottom of the plot. 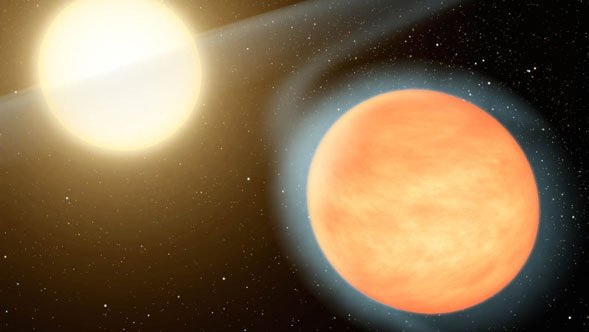 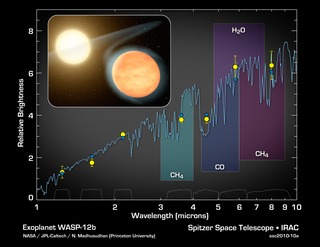 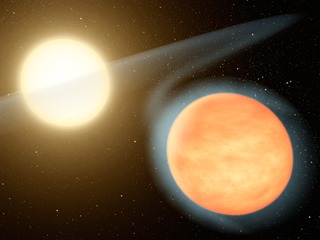