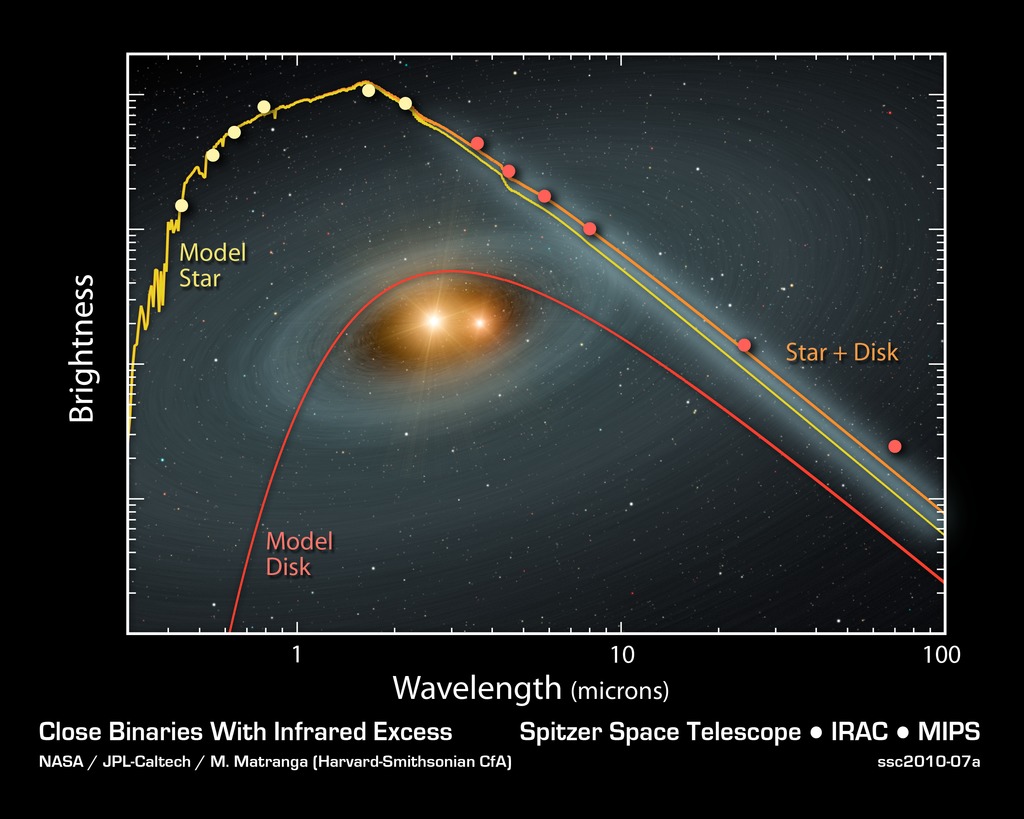 This plot of data from NASA's Spitzer Space Telescope tells astronomers that a dusty planetary smashup probably occurred around a pair of tight twin, or binary, stars. The stars are similar to the sun in mass and age, but they orbit very closely around each other. With time, they get closer and closer, until the gravitational harmony in the system is thrown out of whack. Planetary bodies -- planets, asteroids and comets -- are thought to migrate out of their stable orbits, and smash together.

Spitzer's cameras, which take pictures at different infrared wavelengths, observed the signatures of dust around three close binary systems. Data for one of those systems are shown here in orange. Models for the stars and a surrounding dusty disk are shown in yellow and red, respectively. The disk reveals that some sort of chaotic event -- probably a planetary collision -- must have generated the dusty disk. 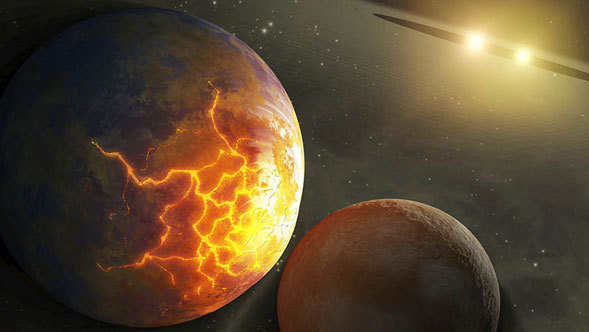 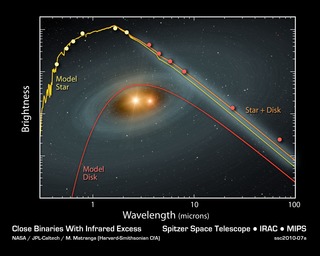 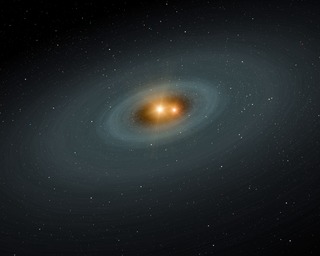 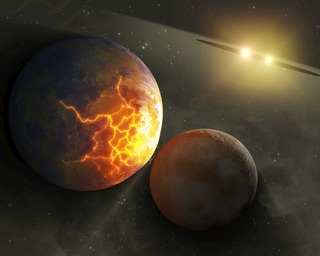