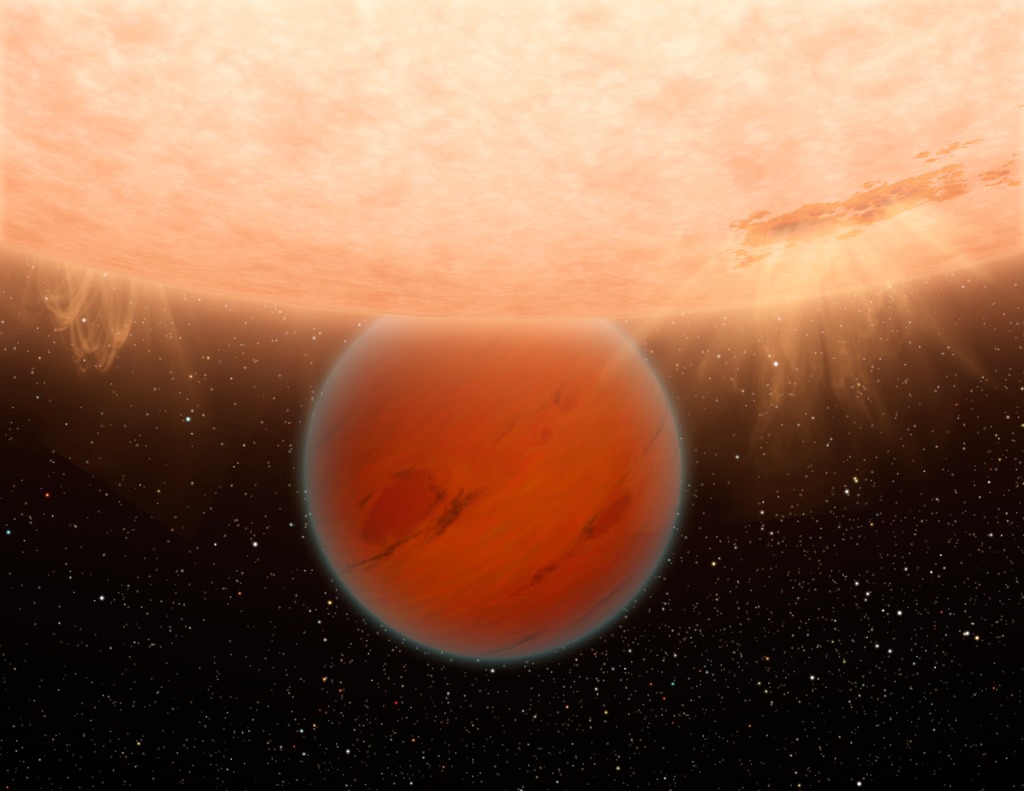 An unusual, methane-free world is partially eclipsed by its star in this artist's concept. NASA's Spitzer Space Telescope has found evidence that a hot, Neptune-sized planet orbiting a star beyond our sun lacks methane -- an ingredient common to many planets in our own solar system.

Models of planetary atmospheres indicate that any world with the common mix of hydrogen, carbon and oxygen, and a temperature up to 1,000 Kelvin (1,340 degrees Fahrenheit) should have a large amount of methane and a small amount of carbon monoxide.

The planet illustrated here, called GJ 436b is about 800 Kelvin (or 980 degrees Fahrenheit) - it was expected to have methane but Spitzer's observations showed it does not.

The finding demonstrates the diversity of exoplanets, and indicates that models of exoplanetary atmospheres need to be revised. 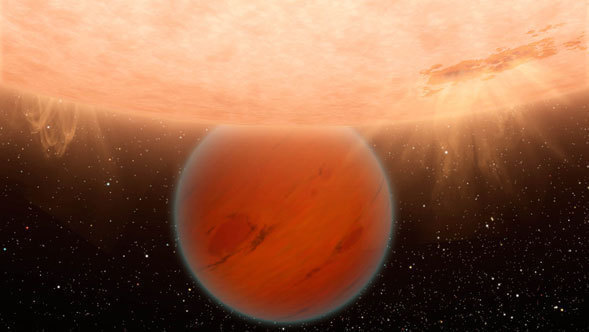 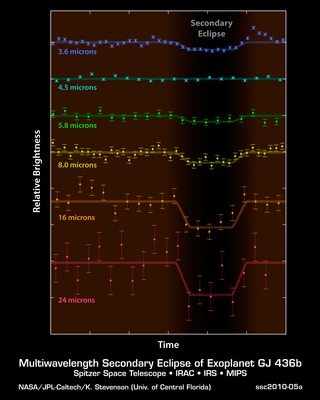 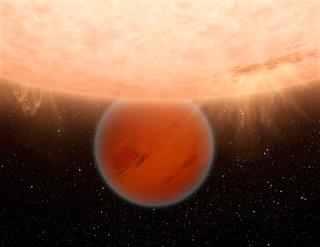