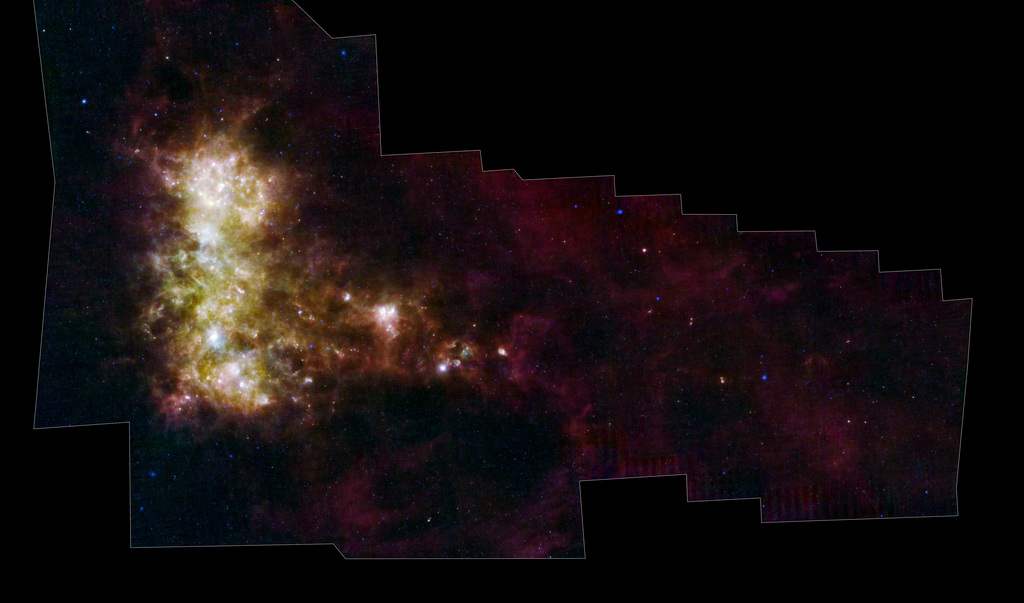 The image shows the main body of the Small Magellanic Cloud, which is comprised of the "bar" and "wing" on the left and the "tail" extending to the right. The bar contains both old stars (in blue) and young stars lighting up their natal dust (green/red). The wing mainly contains young stars. The tail contains only gas, dust and newly formed stars. Spitzer data has confirmed that the tail region was recently torn off the main body of the galaxy. Two of the tail clusters, which are still embedded in their birth clouds, can be seen as red dots.

In addition, the image contains a galactic globular cluster in the lower left (blue cluster of stars) and emission from dust in our own galaxy (green in the upper right and lower right corners). 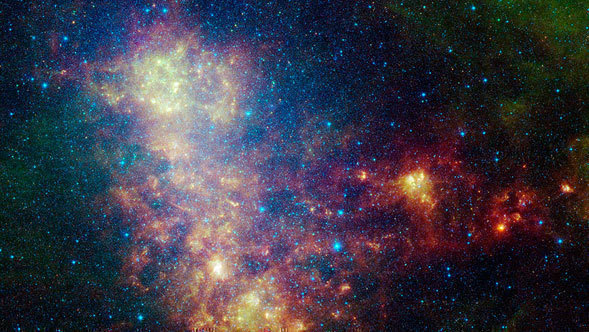 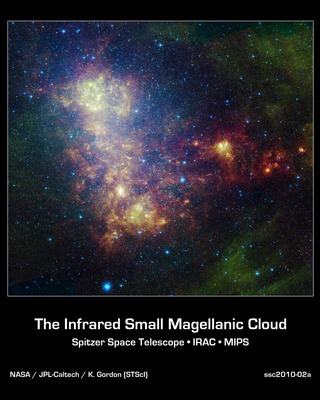 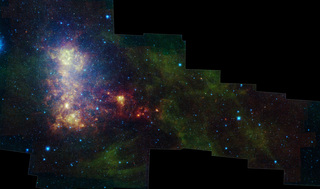 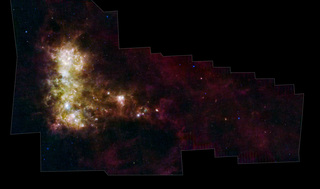