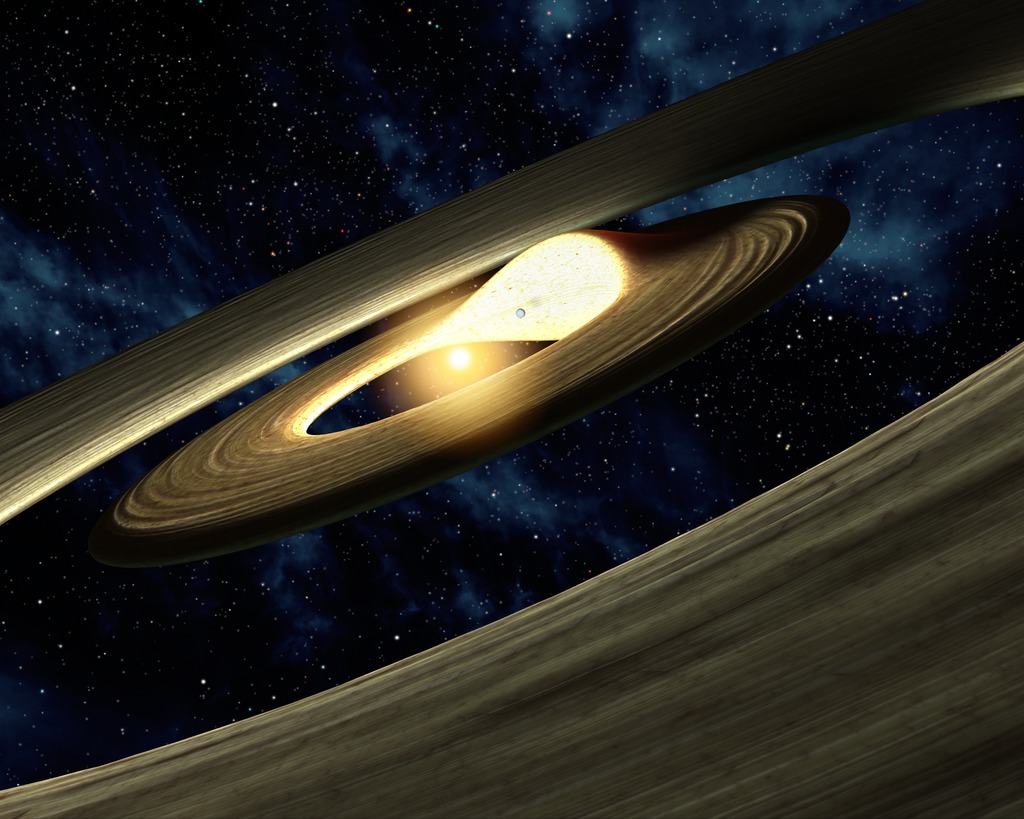 This artist's conception shows a lump of material in a swirling, planet-forming disk. Astronomers using NASA's Spitzer Space Telescope found evidence that a companion to a star -- either another star or a planet -- could be pushing planetary material together, as illustrated here.

Planets are born out of spinning disks of gas and dust. They can carve out lanes or gaps in the disks as they grow bigger and bigger. Scientists used Spitzer's infrared vision to study the disk around a star called LRLL 31, located about 1,000 light-years away in the IC 348 region of the constellation Perseus. Spitzer's new infrared observations reveal that the disk has both an inner and outer gap.

What's more, the data show that infrared light from the disk is changing over as little time as one week -- a very unusual occurrence. In particular, light of different wavelengths seesawed back and forth, with short-wavelength light going up when long-wavelength light went down, and vice versa.

According to astronomers, this change could be caused by a companion to the star (illustrated as a planet in this picture). As the companion spins around, its gravity would cause the wall of the inner disk to squeeze into a lump. This lump would also spin around the star, shadowing part of the outer disk. When the bright side of the lump is on the far side of the star, and facing Earth, more infrared light at shorter wavelengths should be observed (hotter material closer to the star emits shorter wavelengths of infrared light). In addition, the shadow of the lump should cause longer-wavelength infrared light from the outer disk to decrease. The opposite would be true when the lump is in front of the star and its bright side is hidden (shorter-wavelength light would go down, and longer-wavelength light up). This is precisely what Spitzer observed.

The size of the lump and the planet have been exaggerated to better illustrate the dynamics of the system. 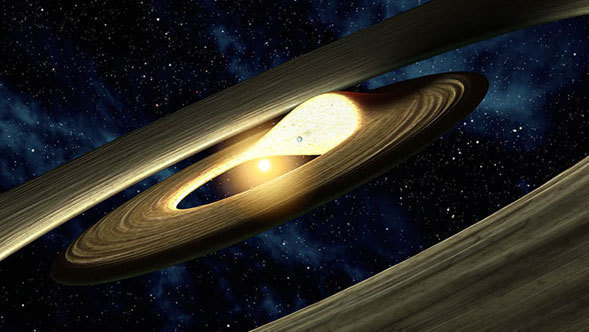 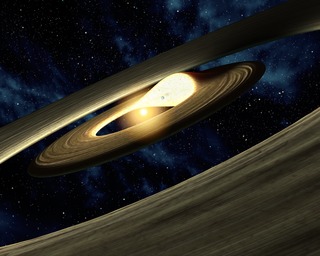