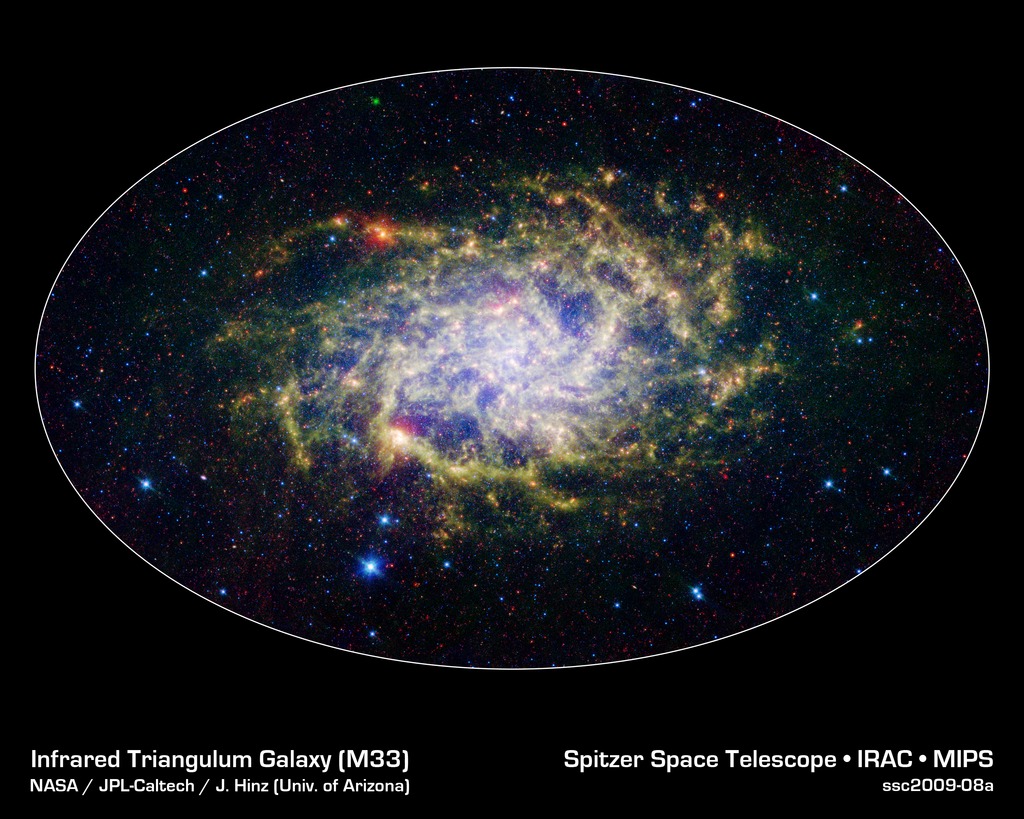 M33 is located about 2.9 million light-years away in the constellation Triangulum. This is a three-color composite image showing infrared observations from two of Spitzer instruments. Blue represents combined 3.6- and 4.5-micron light and green shows light of 8 microns, both captured by Spitzer's infrared array camera. Red is 24-micron light detected by Spitzer's multiband imaging photometer.

Attendees of the Peyton Rhodes Lecture Series were treated to a preview unveiling of this image at Rhodes College in Memphis, Tennessee, and will be on display as an addition to the "From the Earth to the Universe" image exhibition at the Memphis Public Library. 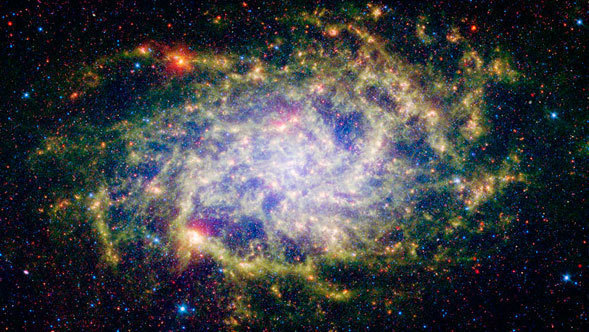 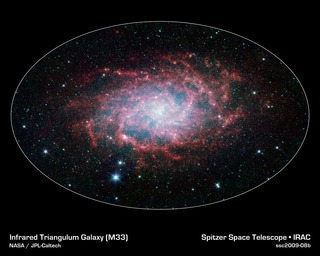 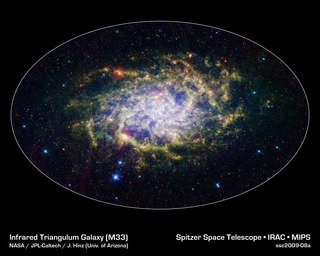 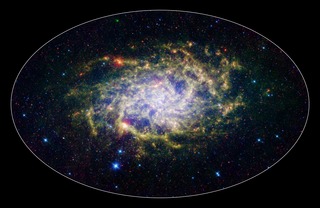