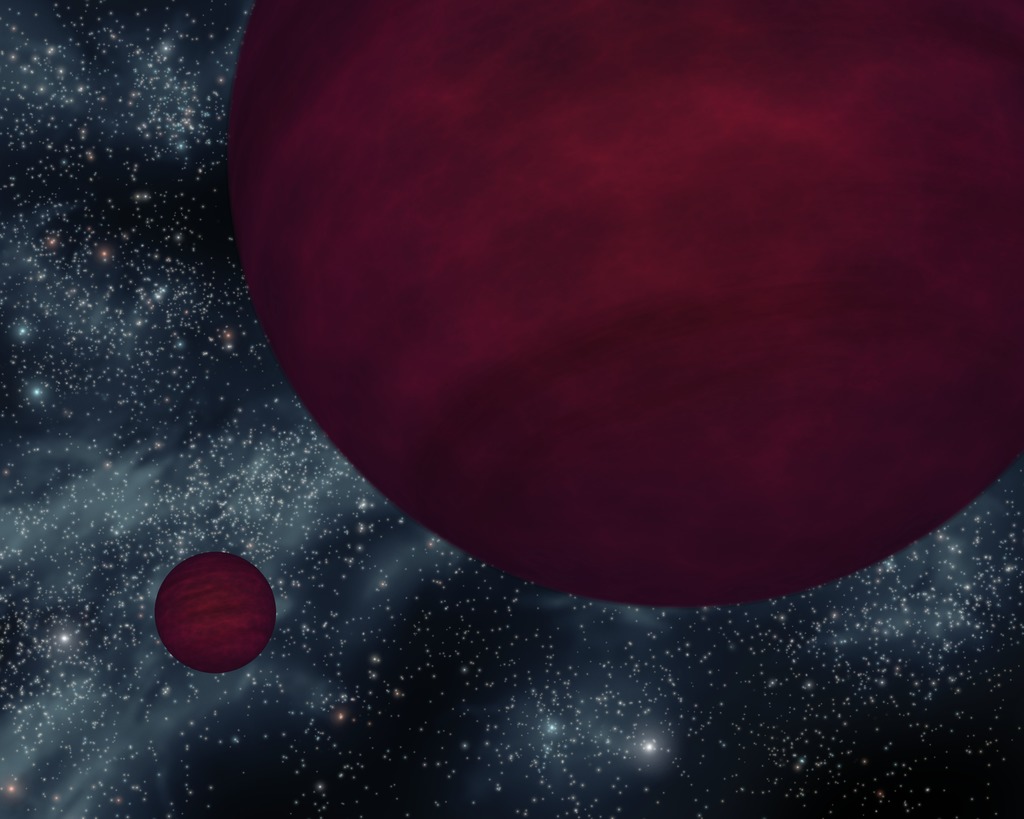 This artist's concept shows the dimmest star-like bodies currently known -- twin brown dwarfs referred to as 2M 0939. The twins, which are about the same size, are drawn as if viewed from one side.

Brown dwarfs are neither planets nor stars. They form like stars out of collapsing clouds of gas and dust, but they don't have enough mass to ignite nuclear burning in their cores and become full-blown stars. They are similar to Jupiter in that they are cool balls of gas, but they are warmer and heavier. Astronomers say that the universe is littered with these cosmic misfits, but because they are so dim, they are hard to find.

NASA's Spitzer Space Telescope is fitted with heat-seeking infrared eyes, which allow it to detect the minute glow of cool objects like brown dwarfs. Data from Spitzer and the Anglo-Australian Observatory in Australia together reveal that both of the brown dwarfs making up 2M 0939 share the title of dimmest known brown dwarfs. Their atmospheres are also among the coolest known for any brown dwarf (565 to 635 Kelvin or 560 to 680 degrees Fahrenheit).

The term "brown dwarf" comes from the fact that these objects change color over time, and therefore do not have a definitive color. The 2M 0939 brown dwarfs, if we could see them directly with out eyes, would glow a very dark magenta color, due to their cool temperatures and the presence of water, methane and ammonia gases in their atmospheres. 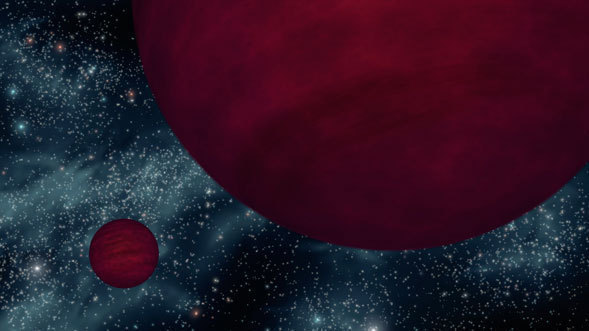 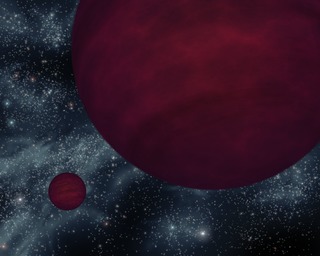