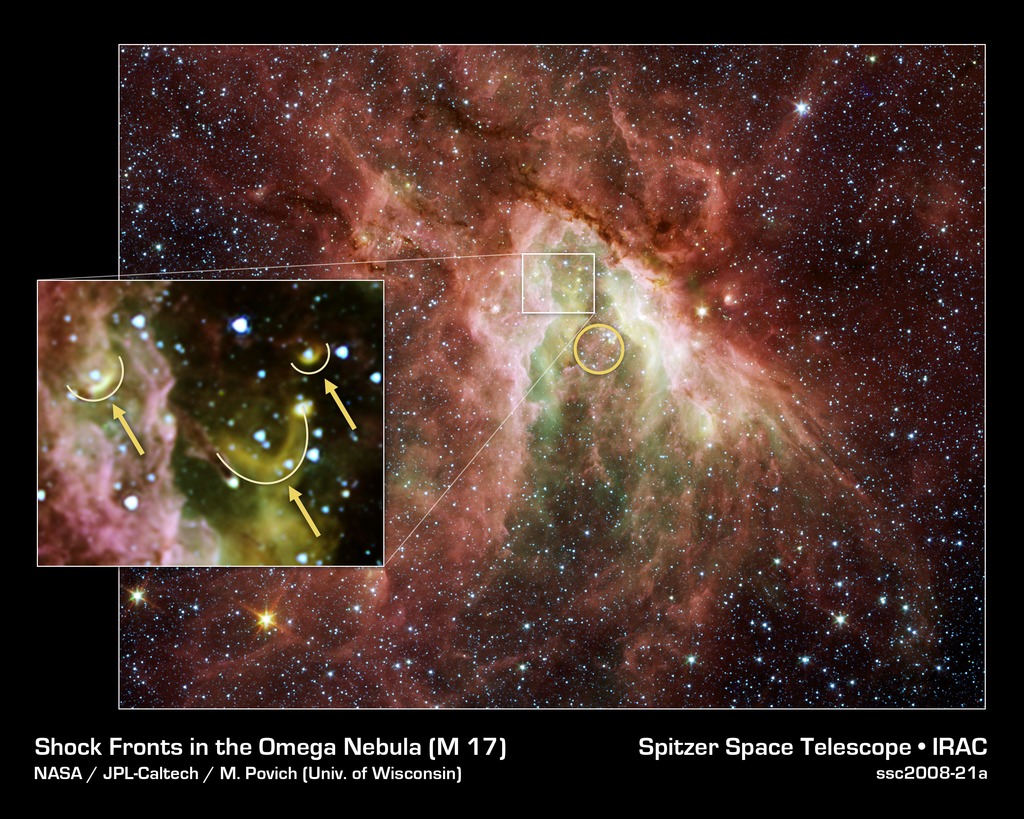 The cloud, located about 6,000 light-years away in the constellation Sagittarius, is dominated by a central group of massive stars -- the most massive stars in the region (see yellow circle). These central stars give off intense flows of expanding gas, which rush like rivers against dense piles of material, carving out the deep pocket at center of the picture. Winds from the region's other massive stars push back against these oncoming rivers, creating bow shocks like those that pile up in front of speeding boats.

Three of these bow shocks are labeled in the magnified inset. They are composed of compressed gas in addition to dust that glows at infrared wavelengths Spitzer can see. The smiley-shaped bow shocks curve away from the stellar winds of the central massive stars.

This picture was taken with Spitzer's infrared array camera. It is a four-color composite, in which light with a wavelength of 3.6 microns is blue; 4.5-micron light is green; 5.8-micron light is orange; and 8-micron light is red. Dust is red, hot gas is green and white is where gas and dust intermingle. Foreground and background stars appear scattered through the image. 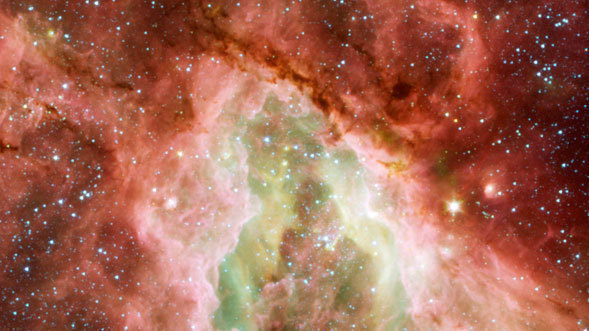 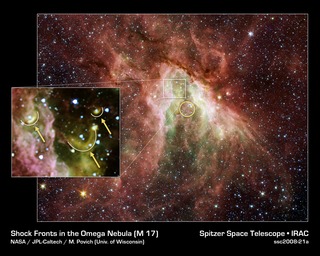 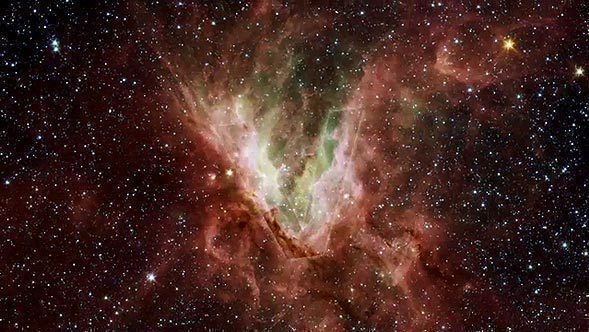 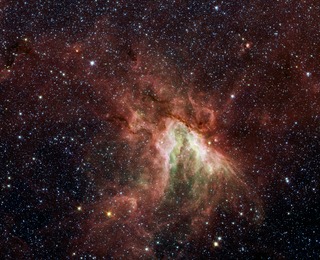