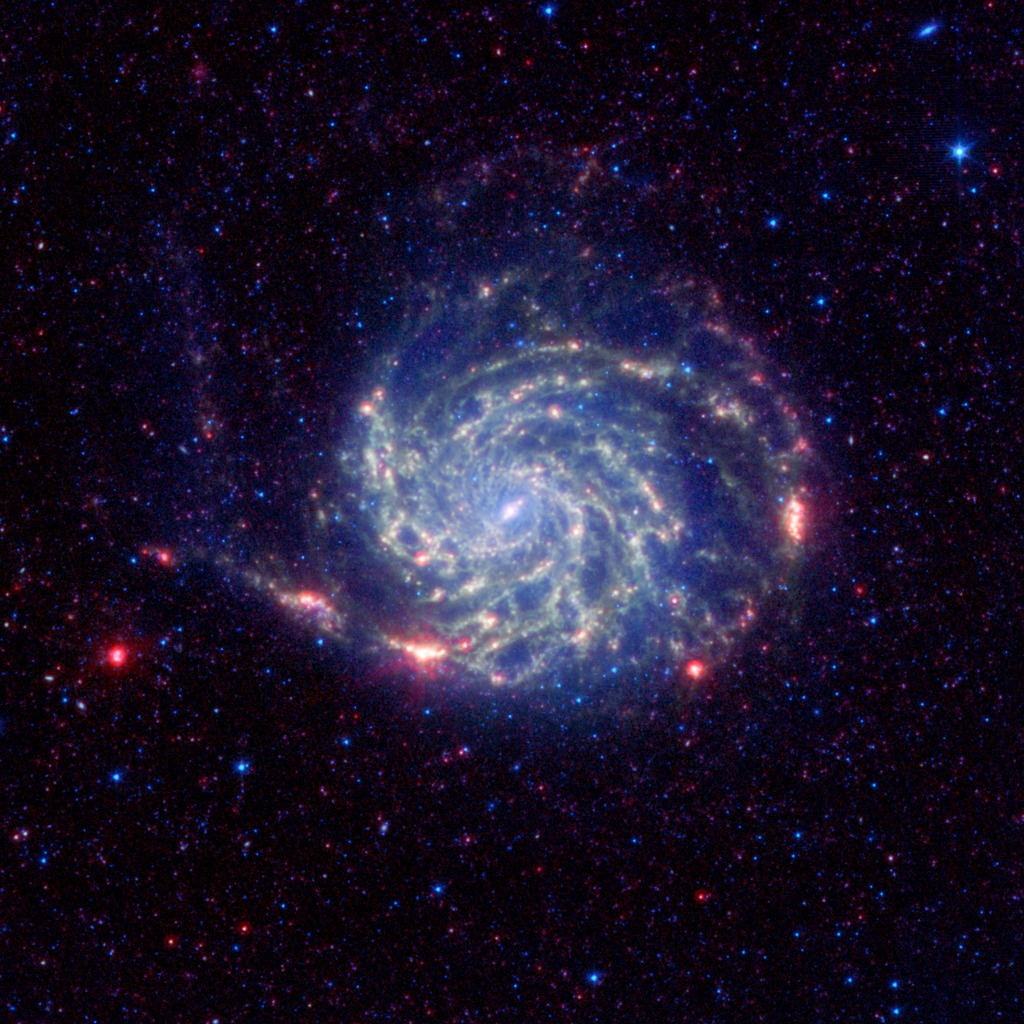 The Pinwheel galaxy, otherwise known as Messier 101, sports bright reddish edges in this new infrared image from NASA's Spitzer Space Telescope. Research from Spitzer has revealed that this outer red zone lacks organic molecules present in the rest of the galaxy. The red and blue spots outside of the spiral galaxy are either foreground stars or more distant galaxies.

The organics, called polycyclic aromatic hydrocarbons, are dusty, carbon-containing molecules that help in the formation of stars. On Earth, they are found anywhere combustion reactions take place, such as barbeque pits and exhaust pipes. Scientists also believe this space dust has the potential to be converted into the stuff of life.

Spitzer found that the polycyclic aromatic hydrocarbons decrease in concentration toward the outer portion of the Pinwheel galaxy, then quickly drop off and are no longer detected at its very outer rim. According to astronomers, there's a threshold at the rim where the organic material is being destroyed by harsh radiation from stars. Radiation is more damaging at the far reaches of a galaxy because the stars there have less heavy metals, and metals dampen the radiation.

The findings help researchers understand how stars can form in these harsh environments, where polycyclic aromatic hydrocarbons are lacking. Under normal circumstances, the polycyclic aromatic hydrocarbons help cool down star-forming clouds, allowing them to collapse into stars. In regions like the rim of the Pinwheelas well as the very early universestars form without the organic dust. Astronomers don't know precisely how this works, so the rim of the Pinwheel provides them with a laboratory for examining the process relatively close up.

In this image, infrared light with a wavelength of 3.6 microns is colored blue; 8-micron light is green; and 24-micron light is red. All three of Spitzer's instruments were used in the study: the infrared array camera, the multiband imaging photometer and the infrared spectrograph. 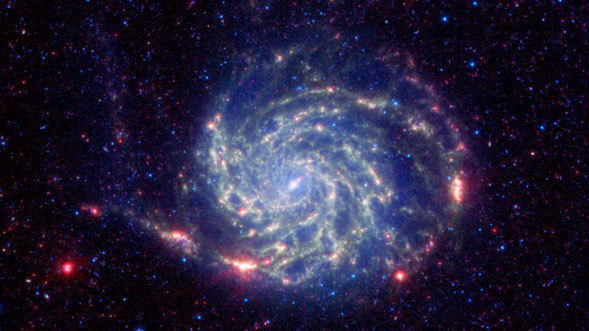 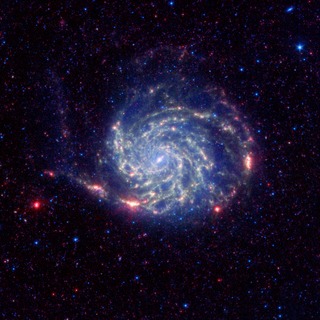 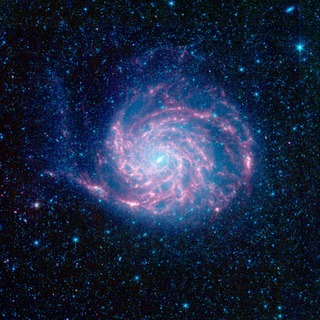