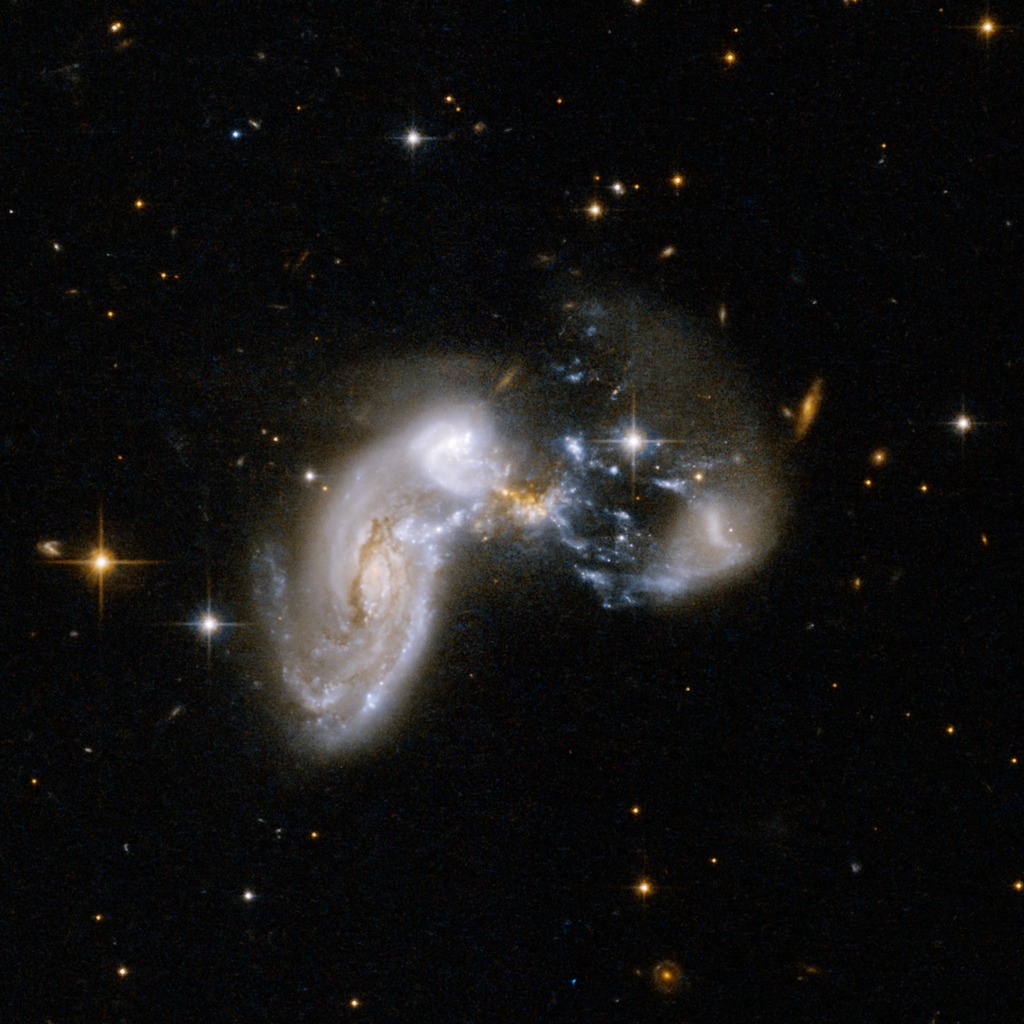 The most active star-forming galaxy in the distant universe, nicknamed the "Baby Boom" galaxy, loosely resembles the galaxy shown here, called Zw II 96. While Zw II 96 is located about 500 million light-years away, Baby Boom lies 12.3 billion light-years away and appears in images as only a smudge.Zw II 96 and the Baby Boom galaxy are both known as starbursts because they are producing loads of new stars every year. Zw II 96 is the result of multiple galaxies colliding together, triggering the birth of stars. Evidence from NASA's Hubble Space Telescope indicates Baby Boom is also the result of a galactic merger.

This picture was taken by Hubble. Baby Boom was discovered by NASA's Spitzer Space Telescope, Hubble and several other telescopes. 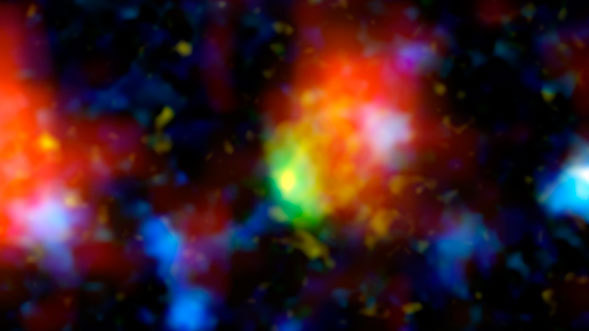 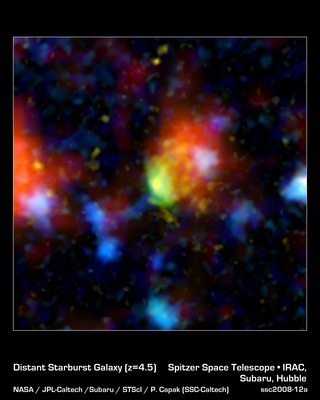 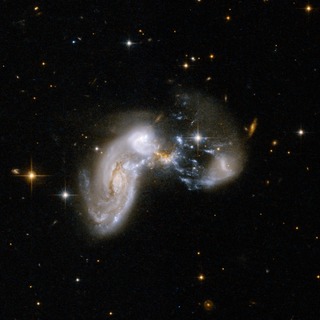