We have launched the new Spitzer website! Send feedback to outreach@ipac.caltech.edu. Find the old website at http://legacy.spitzer.caltech.edu.
NASA
Jet Propulsion Laboratory
California Institute of Technology
Dust in the Quasar Wind 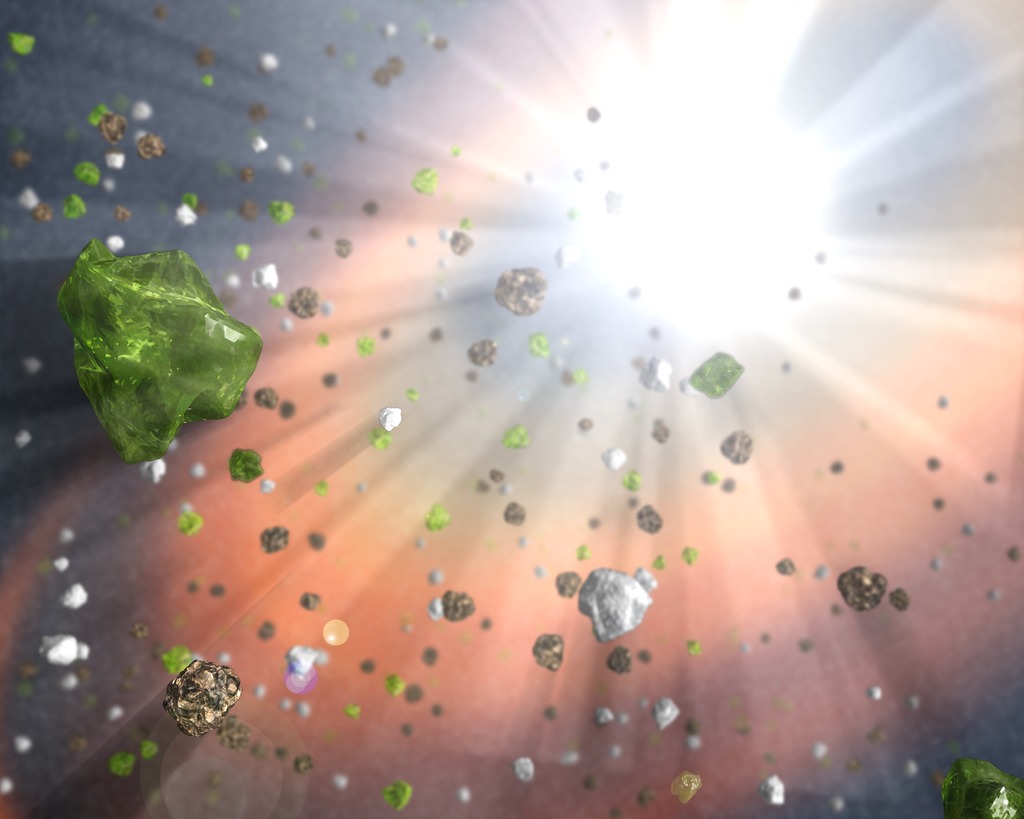 Dusty grains -- including tiny specks of the minerals found in the gemstones peridot, sapphires, and rubies -- can be seen blowing in the winds of a quasar, or active black hole, in this artist's concept. The quasar is at the center of a distant galaxy.

Astronomers using NASA's Spitzer Space Telescope found evidence that such quasar winds might have forged these dusty particles in the very early universe. The findings are another clue in an ongoing cosmic mystery: where did all the dust in our young universe come from?

Dust is crucial for efficient star formation as it allows the giant clouds where stars are born to cool quickly and collapse into new stars. Once a star has formed, dust is also needed to make planets and living creatures. Dust has been seen as far back as when the universe was less than a tenth of its current age, but how did it get there? Most dust in our current epoch forms in the winds of evolved stars that did not exist when the universe was young.

Theorists had predicted that winds from quasars growing in the centers of distant galaxies might be a source of this dust. While the environment close to a quasar is too hot for large molecules like dust grains to survive, dust has been found in the cooler, outer regions. Astronomers now have evidence that dust is created in these outer winds.

Using Spitzer's infrared spectrograph instrument, scientists found a wealth of dust grains in a quasar called PG 2112+059 located at the center of a galaxy 8 billion light-years away. The grains -- including corundum (sapphires and rubies); forsterite (peridot); and periclase (naturally occurring in marble) -- are not typically found in galaxies without quasars, suggesting they might have been freshly formed in the quasar's winds. 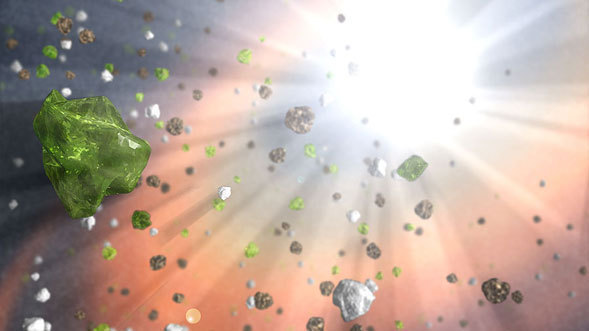 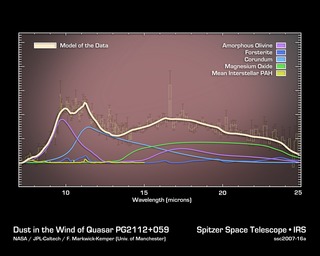 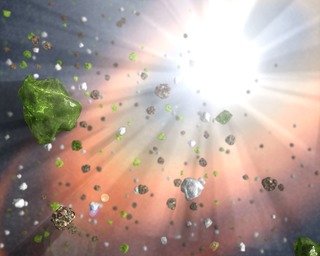