NASA
Jet Propulsion Laboratory
California Institute of Technology
The Seven Sisters (Pleiades) Pose for Spitzer and for You! 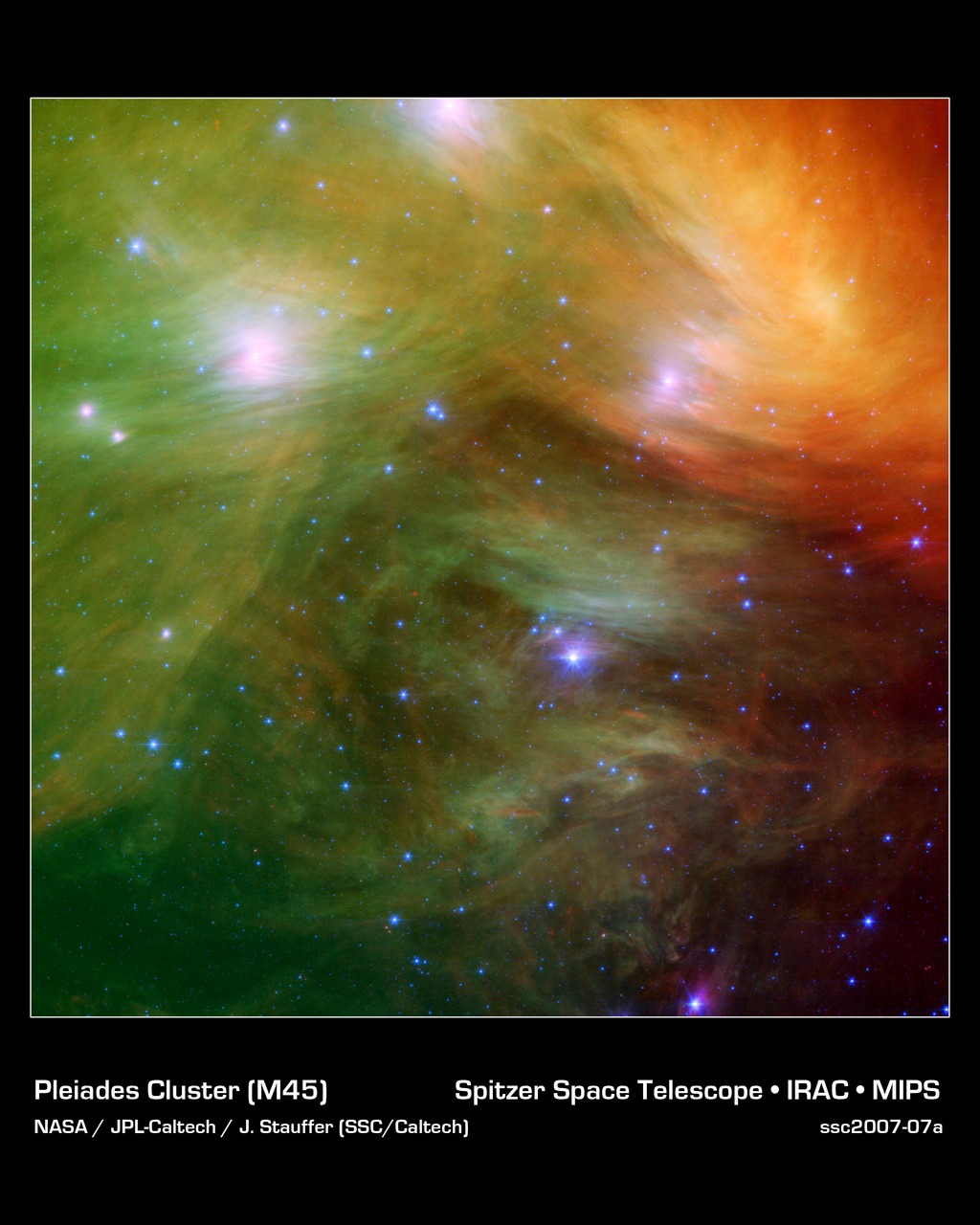 The Pleiades, located more than 400 light-years away in the Taurus constellation, are the subject of many legends and writings. Greek mythology holds that the flock of stars was transformed into celestial doves by Zeus to save them from a pursuant Orion. The 19th-century poet Alfred Lord Tennyson described them as "glittering like a swarm of fireflies tangled in a silver braid."

The star cluster was born when dinosaurs still roamed the Earth, about one hundred million years ago. It is significantly younger than our 5-billion-year-old sun. The brightest members of the cluster, also the highest-mass stars, are known in Greek mythology as two parents, Atlas and Pleione, and their seven daughters, Alcyone, Electra, Maia, Merope, Taygeta, Celaeno and Asterope. There are thousands of additional lower-mass members, including many stars like our sun. Some scientists believe that our sun grew up in a crowded region like the Pleiades, before migrating to its present, more isolated home.

The new infrared image from Spitzer highlights the "tangled silver braid" mentioned in the poem by Tennyson. This spider-web like network of filaments, colored yellow, green and red in this view, is made up of dust associated with the cloud through which the cluster is traveling. The densest portion of the cloud appears in yellow and red, and the more diffuse outskirts appear in green hues. One of the parent stars, Atlas, can be seen at the bottom, while six of the sisters are visible at top. 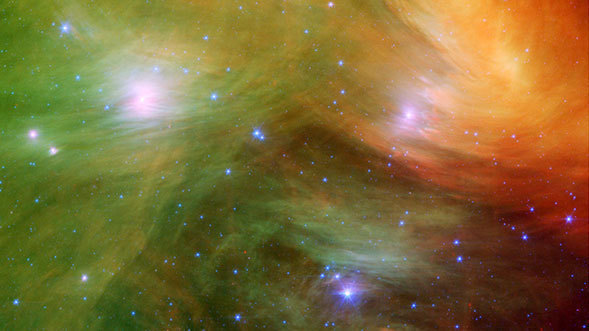 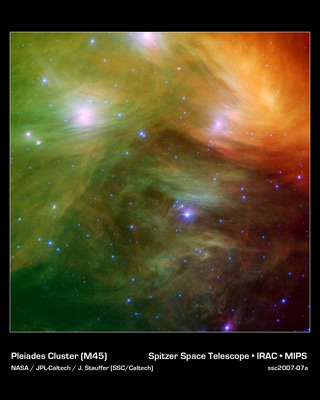 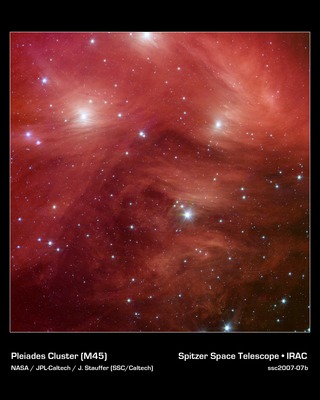 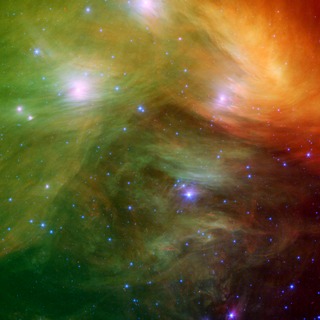 Observation | ssc2007-07a1
The Seven Sisters (Pleiades) Pose for Spitzer and for You!