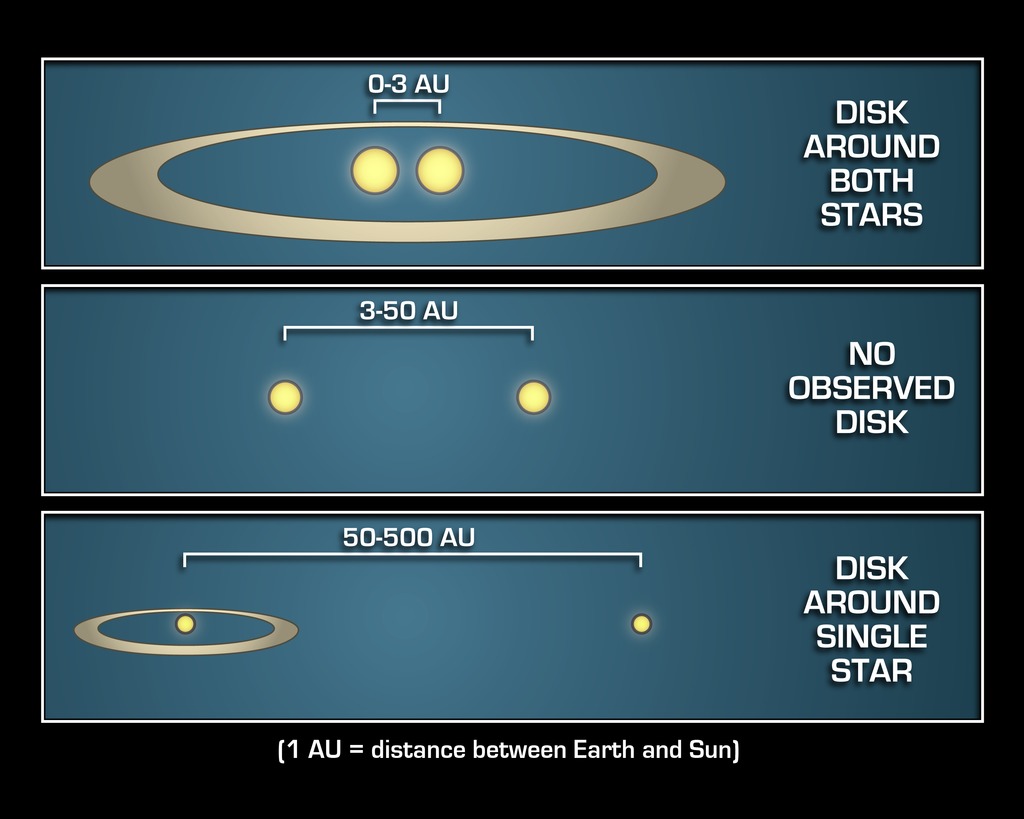 This diagram illustrates that mature planetary systems like our own might be more common around twin, or binary, stars that are either really close together, or really far apart.

The Spitzer data also revealed that debris disks circle all the way around both members of a close-knit binary (top panel), but only a single member of a wide duo (bottom panel). This could explain why the intermediately spaced binary systems (middle panel) can be inhospitable to planetary disks: they are too far apart to support one big disk around both stars, and they are too close together to have enough room for a disk around just one star. 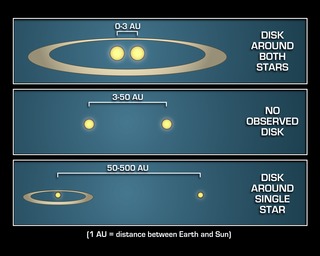 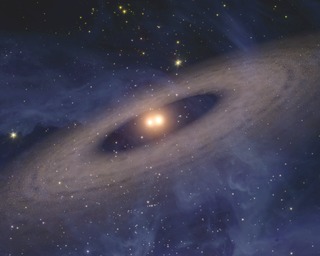 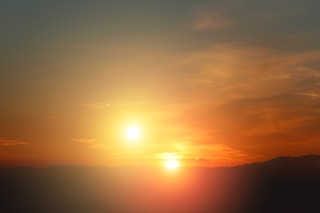 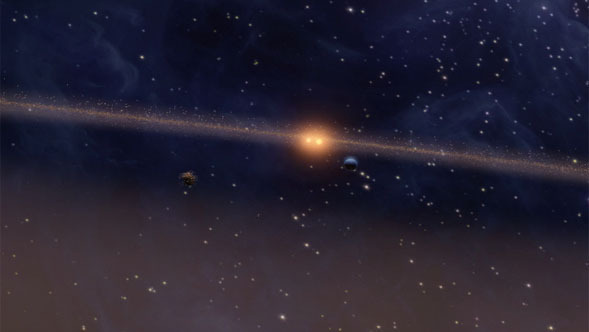