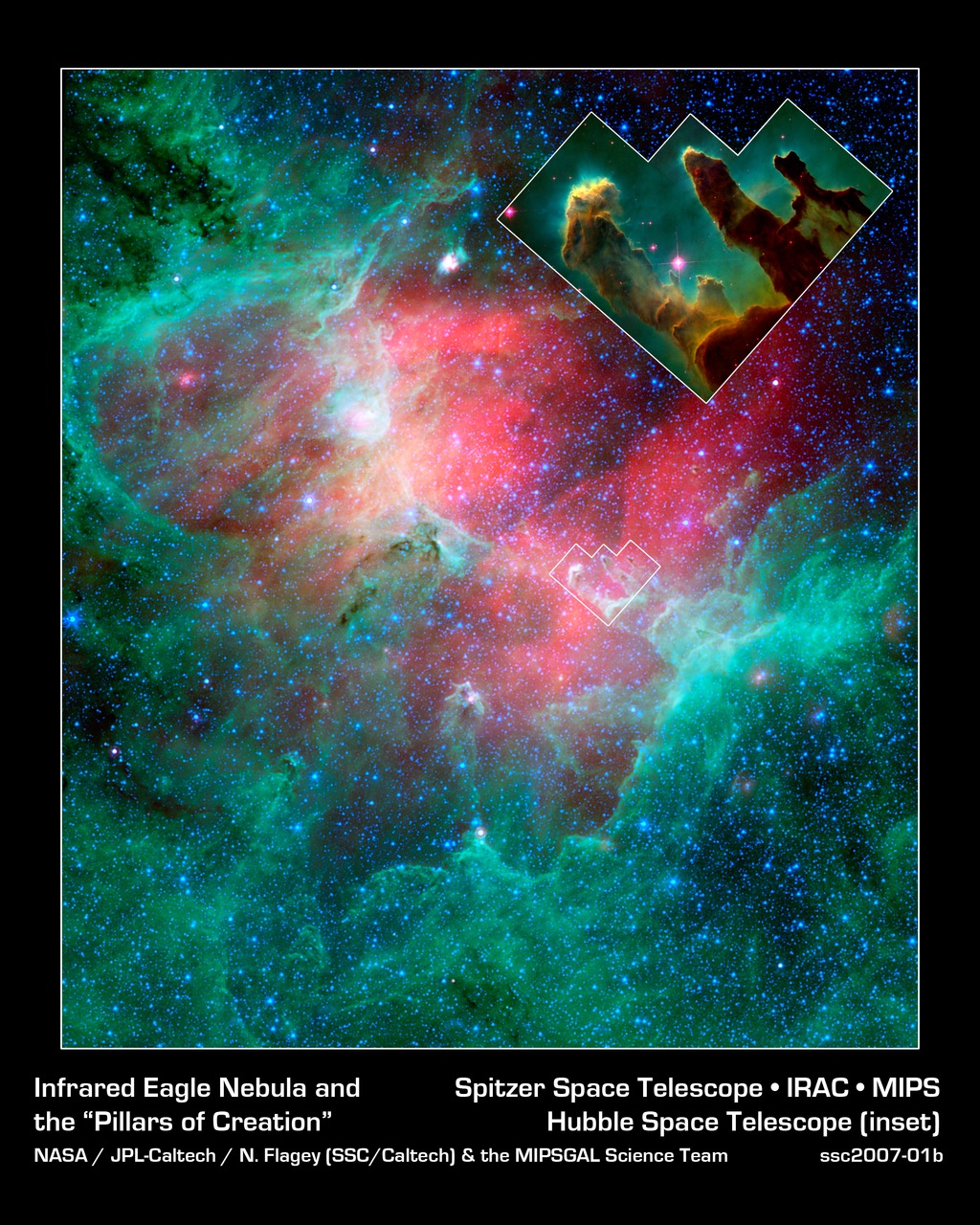 The color green denotes cooler towers and fields of dust, including the three famous space pillars, dubbed the "Pillars of Creation," which were photographed by NASA's Hubble Space Telescope in 1995 and are included here in a call-out image. 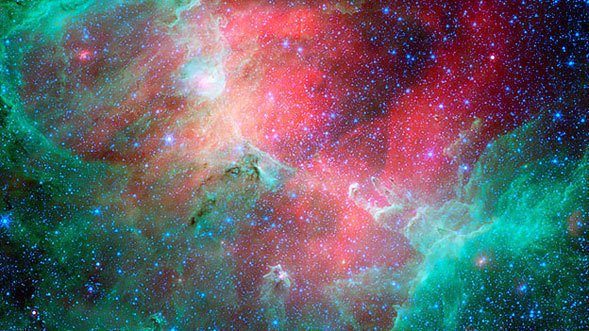 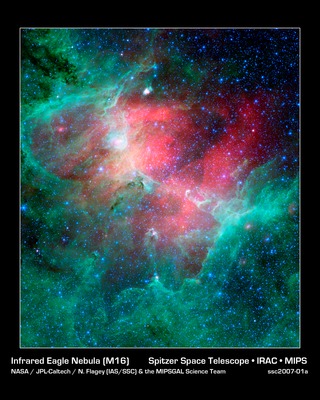 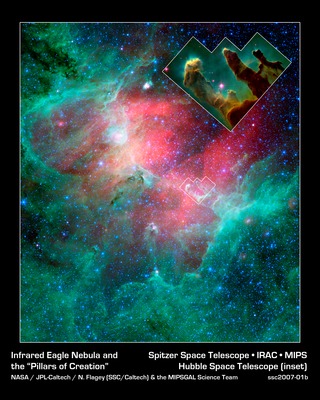 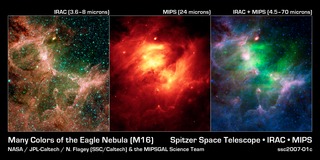 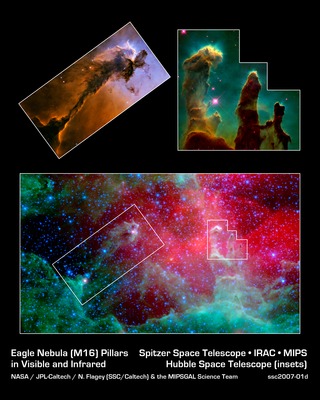