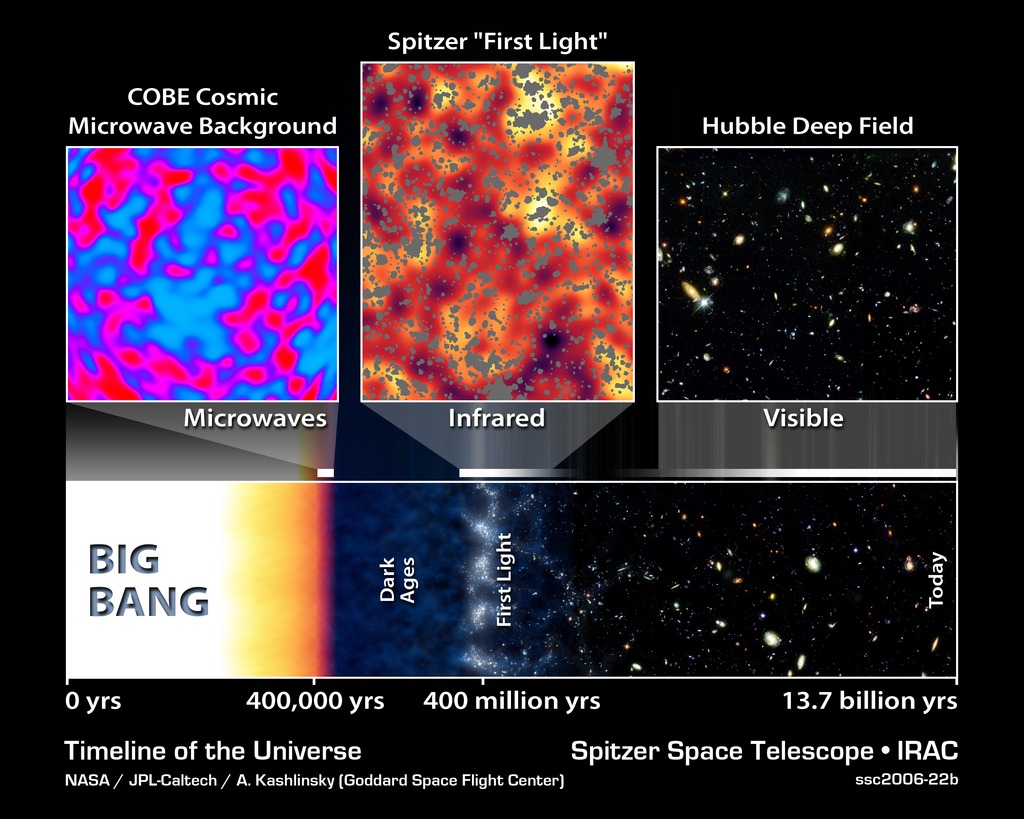 This artist's timeline chronicles the history of the universe, from its explosive beginning to its mature, present-day state.

Our universe began in a tremendous explosion known as the Big Bang about 13.7 billion years ago (left side of strip). Observations by NASA's Cosmic Background Explorer and Wilkinson Anisotropy Microwave Probe revealed microwave light from this very early epoch, about 400,000 years after the Big Bang, providing strong evidence that our universe did blast into existence. Results from the Cosmic Background Explorer were honored with the 2006 Nobel Prize for Physics.

A period of darkness ensued, until about a few hundred million years later, when the first objects flooded the universe with light. This first light is believed to have been captured in data from NASA's Spitzer Space Telescope. The light detected by Spitzer would have originated as visible and ultraviolet light, then stretched, or redshifted, to lower-energy infrared wavelengths during its long voyage to reach us across expanding space. The light detected by the Cosmic Background Explorer and the Wilkinson Anisotropy Microwave Probe from our very young universe traveled farther to reach us, and stretched to even lower-energy microwave wavelengths.

Astronomers do not know if the very first objects were either stars or quasars. The first stars, called Population III stars (our star is a Population I star), were much bigger and brighter than any in our nearby universe, with masses about 1,000 times that of our sun. These stars first grouped together into mini-galaxies. By about a few billion years after the Big Bang, the mini-galaxies had merged to form mature galaxies, including spiral galaxies like our own Milky Way. The first quasars ultimately became the centers of powerful galaxies that are more common in the distant universe.

NASA's Hubble Space Telescope has captured stunning pictures of earlier galaxies, as far back as ten billion light-years away. 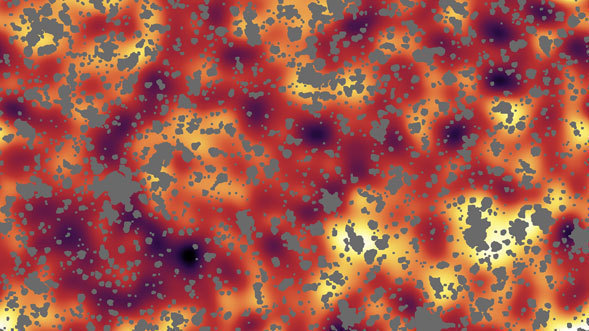 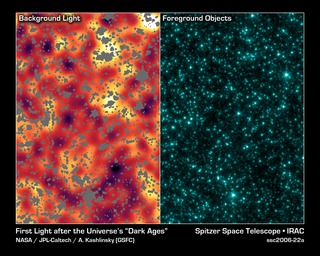 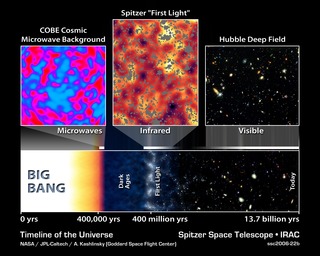 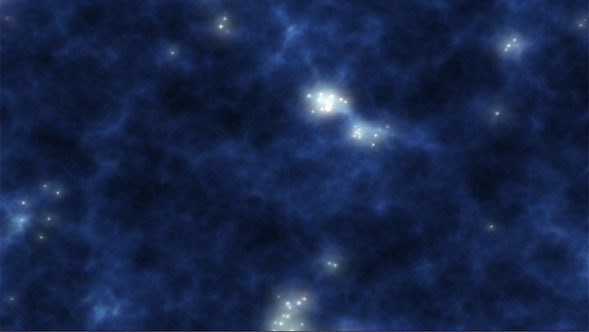