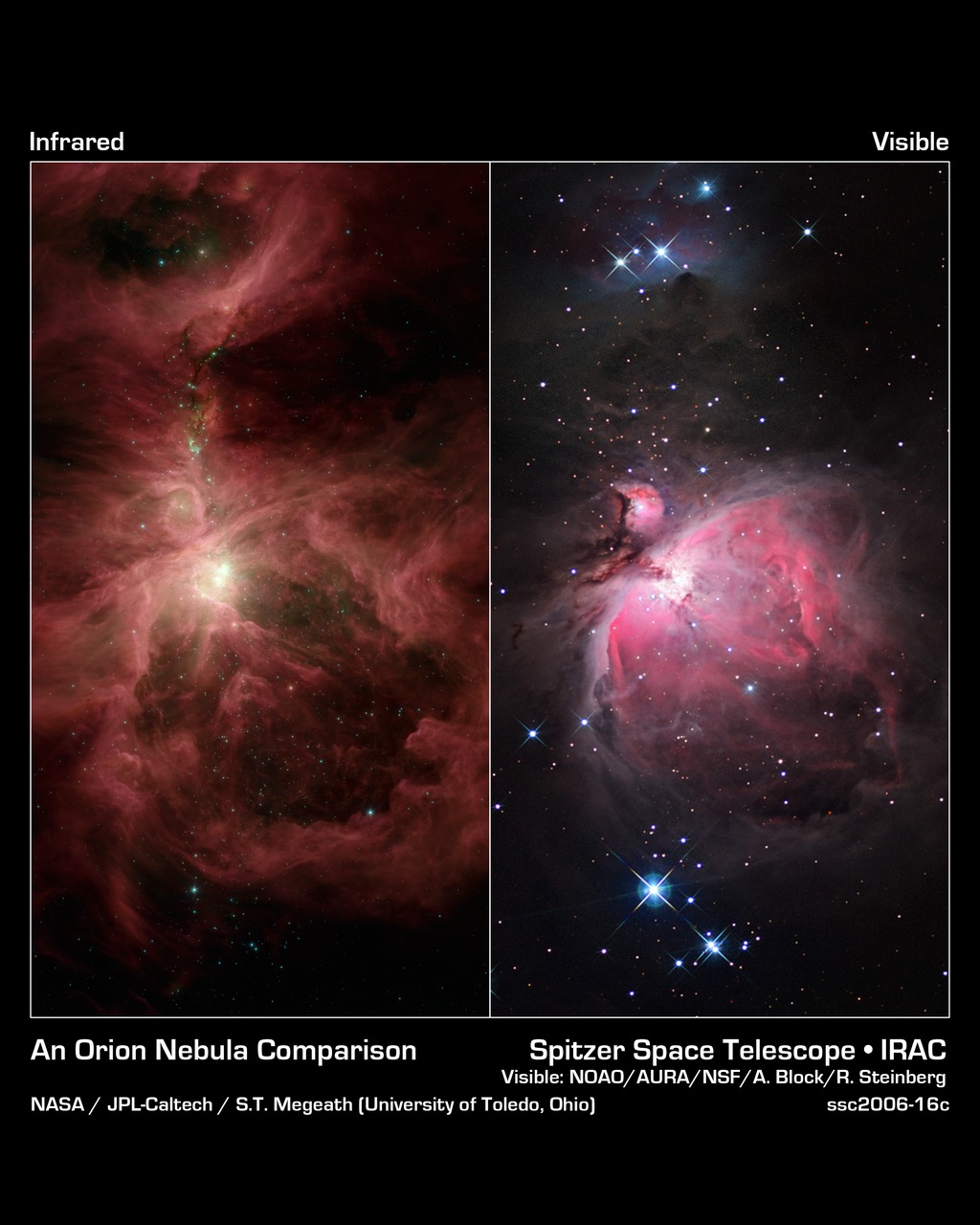 This image composite compares infrared and visible views of the famous Orion nebula and its surrounding cloud, an industrious star-making region located near the hunter constellation's sword. The infrared picture is from NASA's Spitzer Space Telescope, and the visible image is from the National Optical Astronomy Observatory, headquartered in Tucson, Ariz.

In addition to Orion, two other nebulas can be seen in both pictures. The Orion nebula, or M42, is the largest and takes up the lower half of the images; the small nebula to the upper left of Orion is called M43; and the medium-sized nebula at the top is NGC 1977. Each nebula is marked by a ring of dust that stands out in the infrared view. These rings make up the walls of cavities that are being excavated by radiation and winds from massive stars. The visible view of the nebulas shows gas heated by ultraviolet radiation from the massive stars.

Above the Orion nebula, where the massive stars have not yet ejected much of the obscuring dust, the visible image appears dark with only a faint glow. In contrast, the infrared view penetrates the dark lanes of dust, revealing bright swirling clouds and numerous developing stars that have shot out jets of gas (green). This is because infrared light can travel through dust, whereas visible light is stopped short by it.

The infrared image shows light captured by Spitzer's infrared array camera. Light with wavelengths of 8 and 5.8 microns (red and orange) comes mainly from dust that has been heated by starlight. Light of 4.5 microns (green) shows hot gas and dust; and light of 3.6 microns (blue) is from starlight. 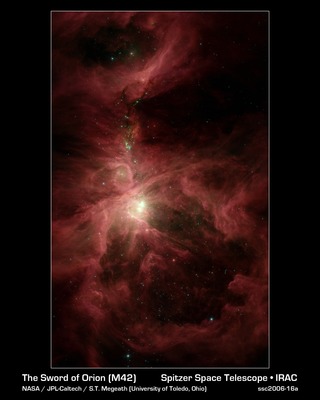 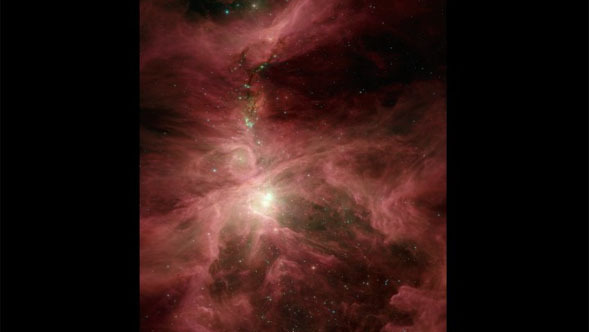 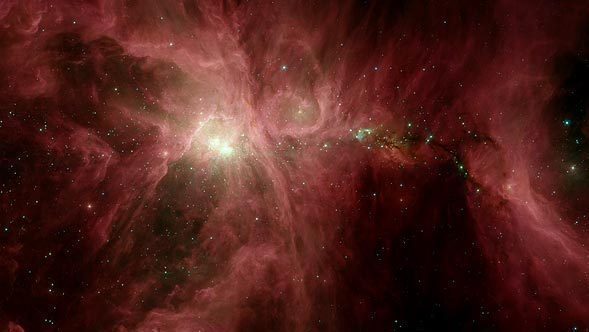 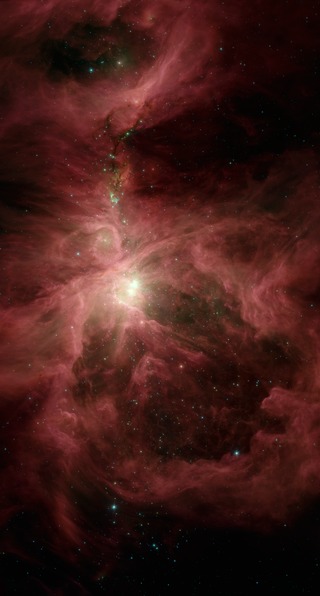 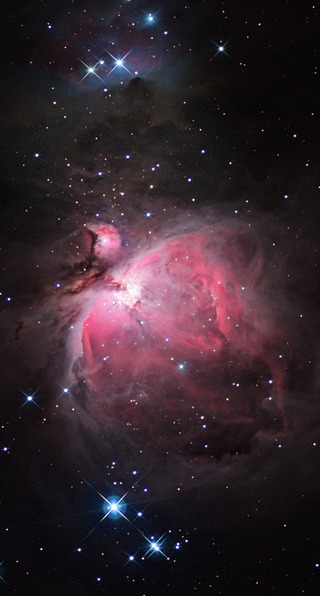