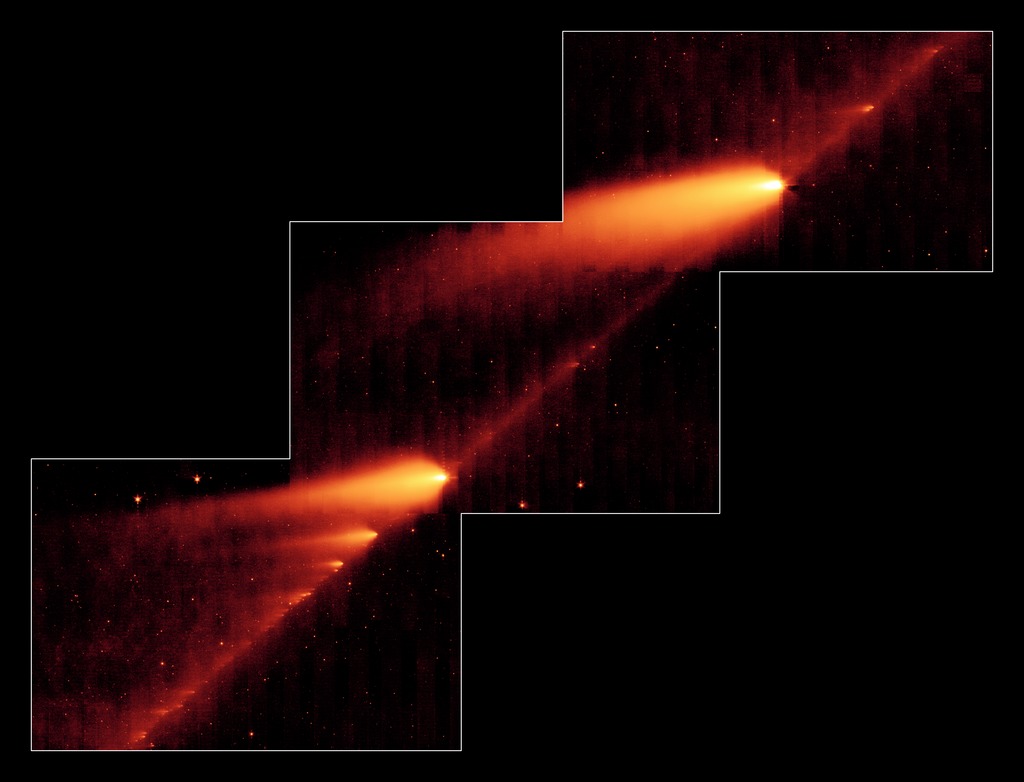 This infrared image from NASA's Spitzer Space Telescope shows the broken Comet 73P/Schwassman-Wachmann 3 skimming along a trail of debris left during its multiple trips around the sun. The flame-like objects are the comet's fragments and their tails, while the dusty comet trail is the line bridging the fragments.

Comet 73P /Schwassman-Wachmann 3 began to splinter apart in 1995 during one of its voyages around the sweltering sun. Since then, the comet has continued to disintegrate into dozens of fragments, at least 36 of which can be seen here. Astronomers believe the icy comet cracked due the thermal stress from the sun.

The Spitzer image provides the best look yet at the trail of debris left in the comet's wake after its 1995 breakup. The observatory's infrared eyes were able to see the dusty comet bits and pieces, which are warmed by sunlight and glow at infrared wavelengths. This comet debris ranges in size from pebbles to large boulders. When Earth passes near this rocky trail every year, the comet rubble burns up in our atmosphere, lighting up the sky in meteor showers. In 2022, Earth is expected to cross close to the comet's trail, producing a noticeable meteor shower.

Astronomers are studying the Spitzer image for clues to the comet's composition and how it fell apart. Like NASA's Deep Impact experiment, in which a probe smashed into comet Tempel 1, the cracked Comet 73P/Schwassman-Wachmann 3 provides a perfect laboratory for studying the pristine interior of a comet.

This image was taken from May 4 to May 6 by Spitzer's Multiband Imaging Photometer, using its 24-micron wavelength channel. 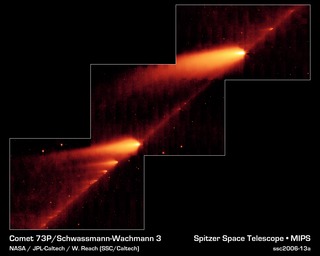 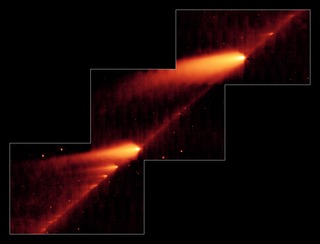 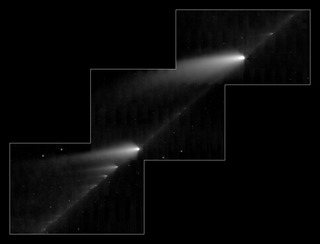