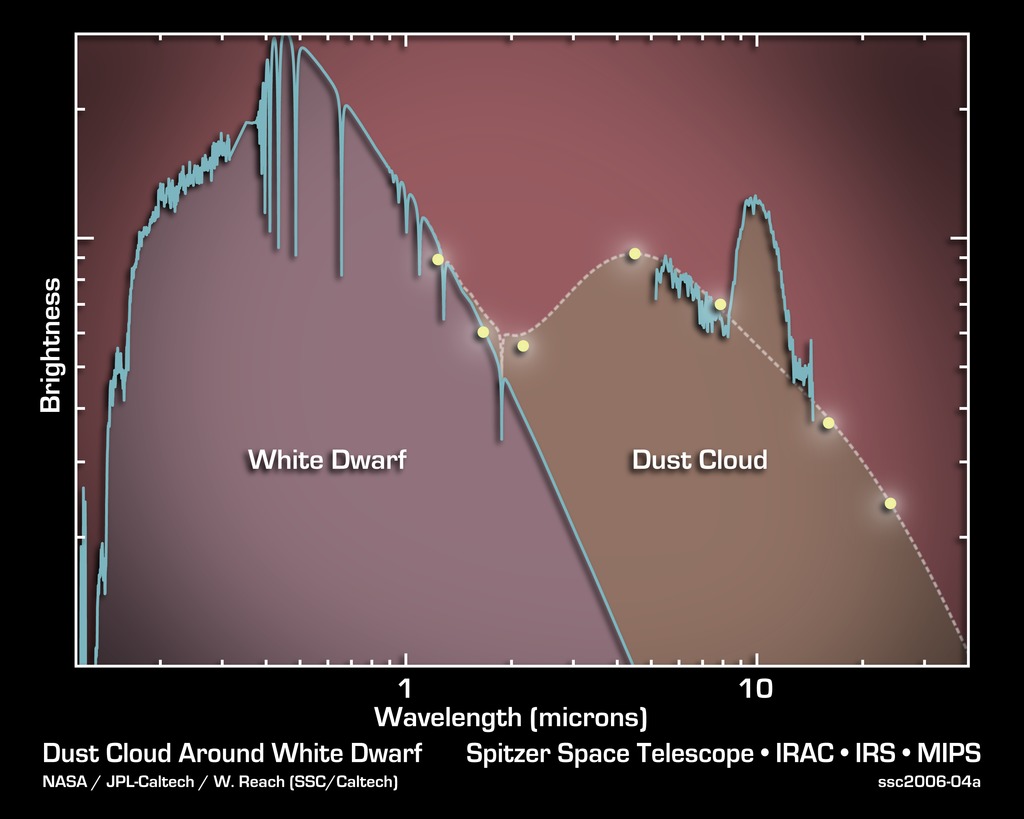 This graph of data, or spectrum, from NASA's Spitzer Space Telescope indicates that a dead star, or white dwarf, called G29-38, is shrouded by a cloud of dust. The data also demonstrate that this dust contains some of the same types of minerals found in comet Hale-Bopp.

The findings tell a possible tale of solar system survival. Though the dust seen by Spitzer is likely from a comet that recently perished, its presence suggests that an icy distant ring of comets may still orbit the dead star.

These data were collected by Spitzer's infrared spectrometer, an instrument that cracks light open like a geode, revealing its coveted components. In this spectrum, light from the white dwarf is on the left, at ultraviolet and visible wavelengths. The spectrum on the right, at infrared wavelengths longer than about 2 microns, shows much more light than can be explained by a white dwarf alone. The bump seen around a wavelength of 10 microns offers a clue to the source of this excess infrared light. It signifies the presence of silicate minerals, which are found in our own solar system on Earth, in sandy beaches, and in comets and asteroids. These silicate grains appear to be very small like those in comets, so astronomers favor the theory that a comet recently broke apart around the dead star. 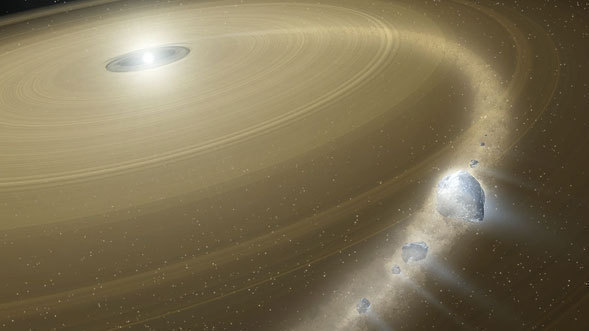 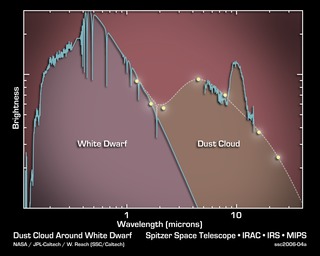 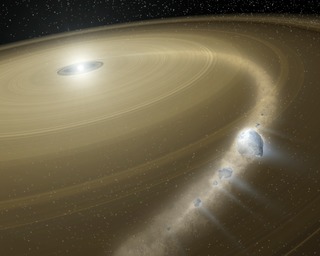