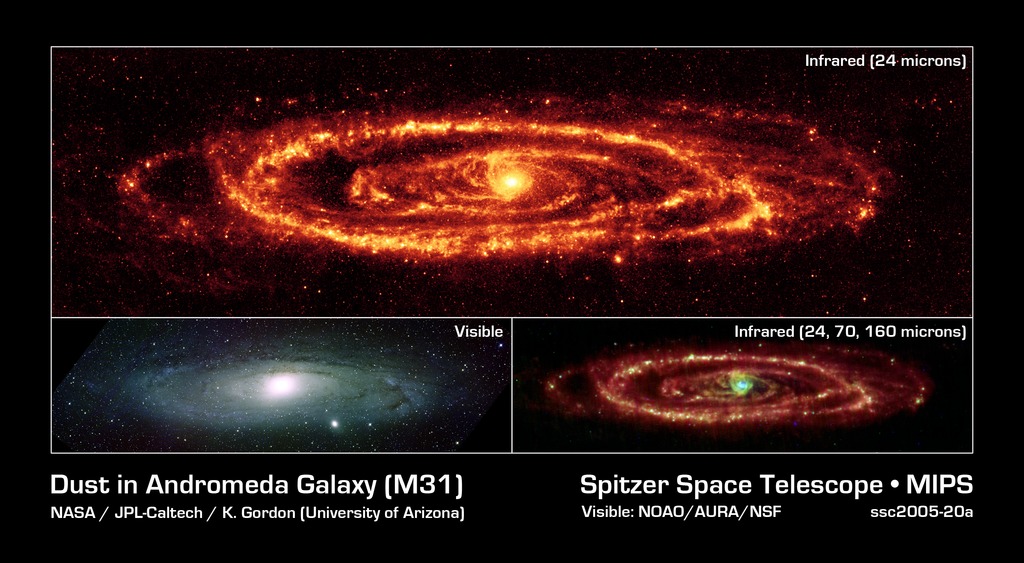 Spitzer's 24-micron mosaic (top panel) is the sharpest image ever taken of the dust in another spiral galaxy. This is possible because Andromeda is a close neighbor to the Milky Way at a mere 2.5 million light-years away.

The Spitzer multiband imaging photometer's 24-micron detector recorded 11,000 separate snapshots to create this new comprehensive picture. Asymmetrical features are seen in the prominent ring of star formation. The ring appears to be split into two pieces, forming the hole to the lower right. These features may have been caused by interactions with satellite galaxies around Andromeda as they plunge through its disk.

Spitzer also reveals delicate tracings of spiral arms within this ring that reach into the very center of the galaxy. One sees a scattering of stars within Andromeda, but only select stars that are wrapped in envelopes of dust light up at infrared wavelengths.

This is a dramatic contrast to the traditional view at visible wavelengths (lower left panel), which shows the starlight instead of the dust. The center of the galaxy in this view is dominated by a large bulge that overwhelms the inner spirals seen in dust. The dust lanes are faintly visible in places, but only where they can be seen in silhouette against background stars.

The multi-wavelength view of Andromeda (lower right panel) combines images taken at 24 microns (blue), 70 microns (green), and 160 microns (red). Using all three bands from the multiband imaging photometer allows astronomers to measure the temperature of the dust by its color. The warmest dust is brightest at 24 microns while the coolest is most evident at 160 microns. The blue/white areas have the hottest dust, as seen in the bulge and in the star-forming areas along the arms. The cooler dust floating further out in the ring and arms are in the redder regions. 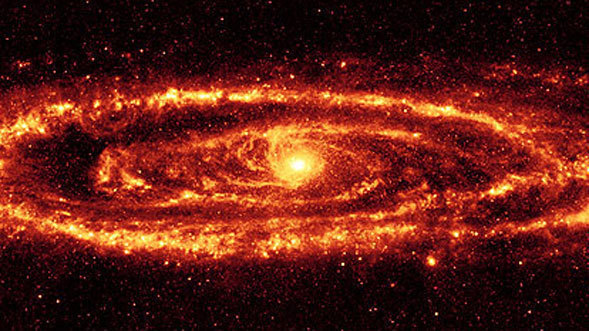 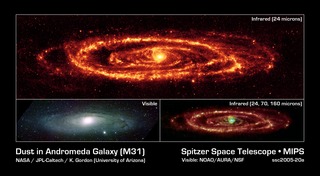 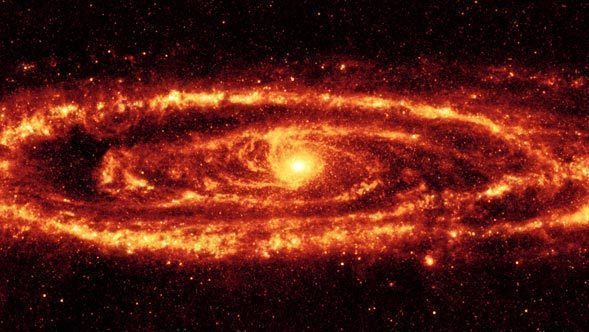