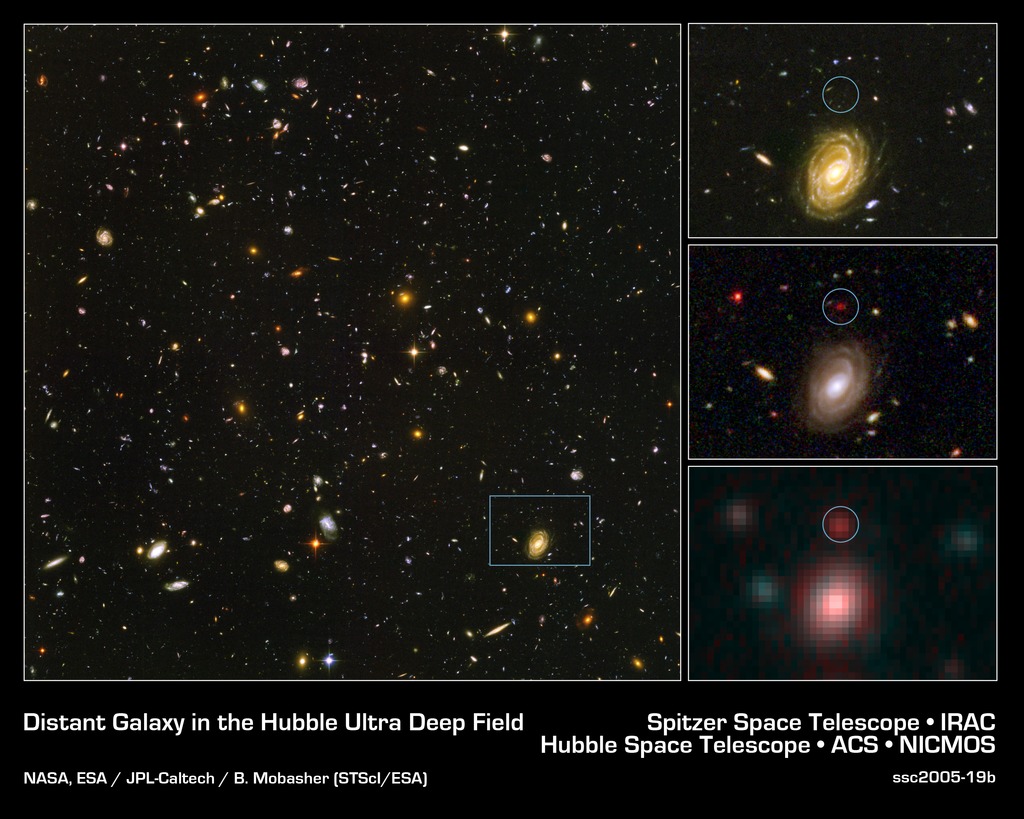 This image demonstrates how data from two of NASA's Great Observatories, the Spitzer and Hubble Space Telescopes, are used to identify one of the most distant galaxies ever seen. This galaxy is unusually massive for its youthful age of 800 million years (after the Big Bang. The Milky Way by comparison is approximately 13 billion years old.)

[Left] - The galaxy, named HUDF-JD2, was pinpointed among approximately 10,000 others in a small area of sky called the Hubble Ultra Deep Field. This is the deepest images of the universe ever made at optical and near-infrared wavelengths.

[Upper Right] - A blow-up of one small area of the Hubble Ultra Deep Field is used to identify where the distant galaxy is located (inside green circle). This indicates that the galaxy's visible light has been absorbed by traveling billions of light-years through intervening hydrogen.

[Center Right] - The galaxy was detected using Hubble's near infrared camera and multi-object spectrometer. But at near-infrared wavelengths it is very faint and red.

[Bottom Right] - The Spitzer infrared array camera, easily detects the galaxy at longer infrared wavelengths. The instrument is sensitive to the light from older, redder stars which should make up most of the mass in a galaxy. The brightness of the infrared galaxy suggests that it is quite massive. 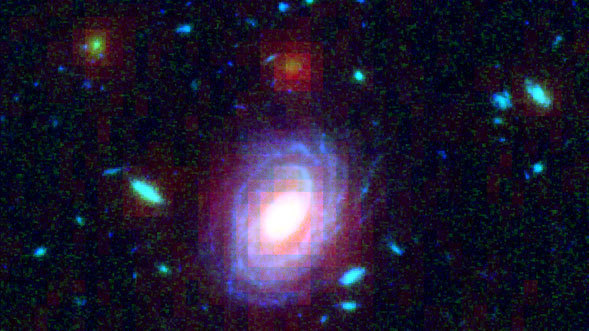 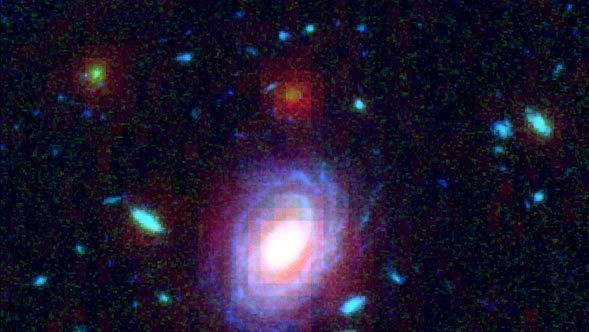 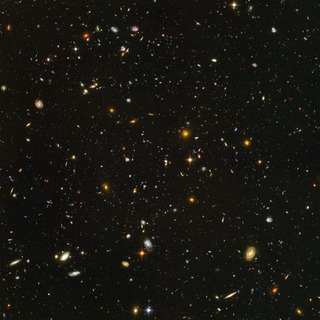 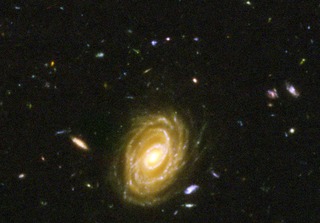 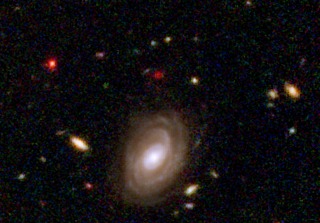 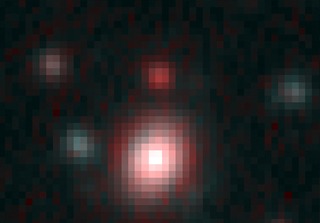