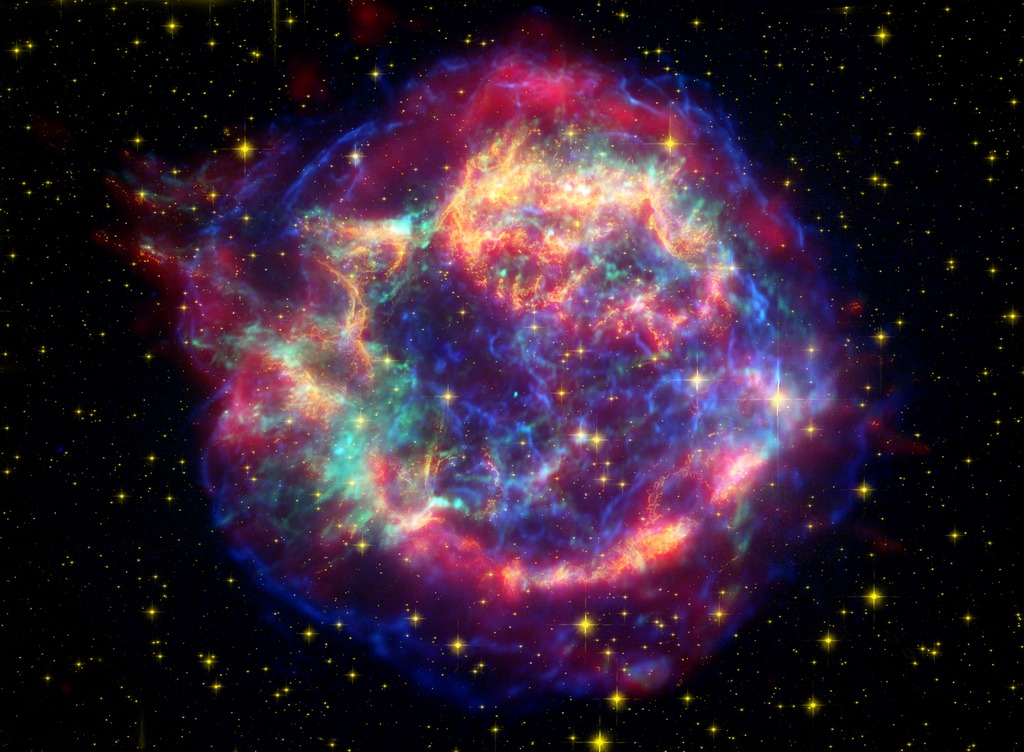 Located 10,000 light-years away in the northern constellation Cassiopeia, Cassiopeia A is the remnant of a once massive star that died in a violent supernova explosion seen on Earth 325 years ago. It consists of a dead star, called a neutron star, and a surrounding shell of material that was blasted off as the star died. This remnant marks the most recent supernova in our Milky Way galaxy, and is one of the most studied objects in the sky. 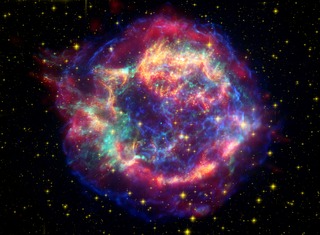 Observation | ssc2005-14c1
Hubble, Spitzer and Chandra Image of Cassiopeia A