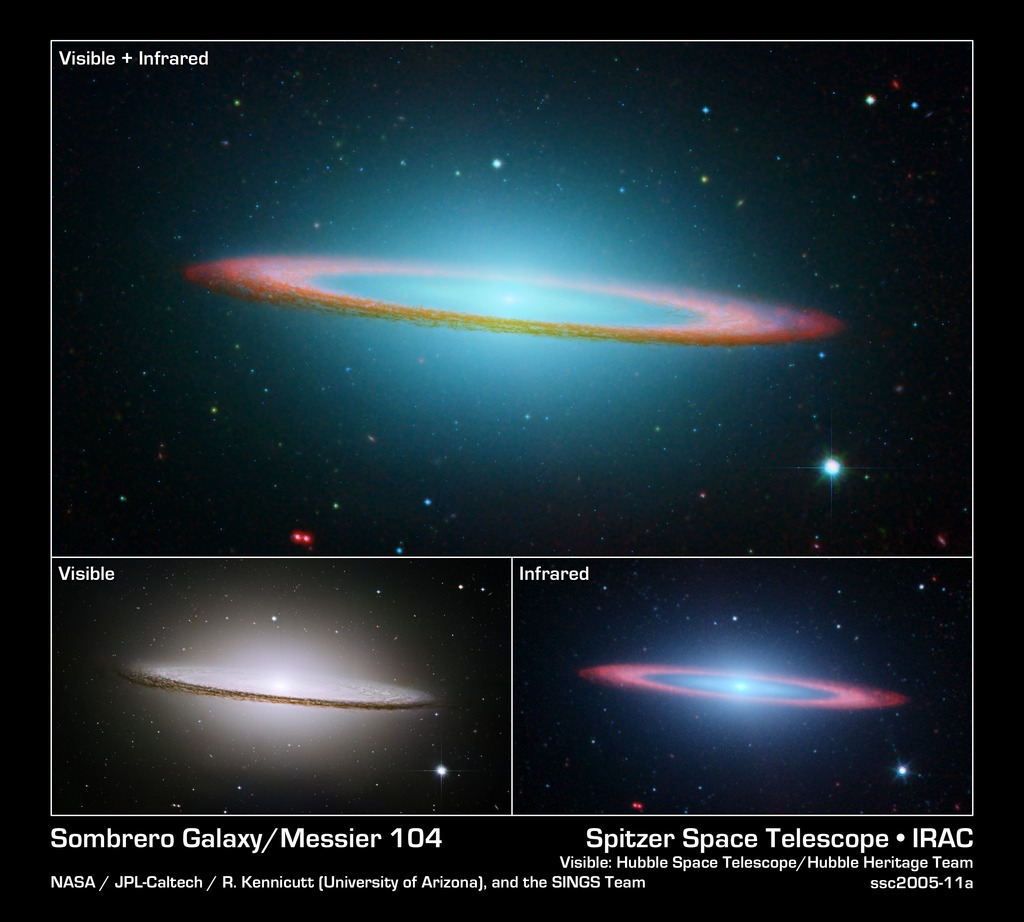 NASA's Spitzer and Hubble Space Telescopes joined forces to create this striking composite image of one of the most popular sights in the universe. Messier 104 is commonly known as the Sombrero galaxy because in visible light, it resembles the broad-brimmed Mexican hat. However, in Spitzer's striking infrared view, the galaxy looks more like a "bull's eye."

In Hubble's visible light image (lower left panel), only the near rim of dust can be clearly seen in silhouette. Recent observations using Spitzer's infrared array camera (lower right panel) uncovered the bright, smooth ring of dust circling the galaxy, seen in red. Spitzer's infrared view of the starlight, piercing through the obscuring dust, is easily seen, along with the bulge of stars and an otherwise hidden disk of stars within the dust ring. 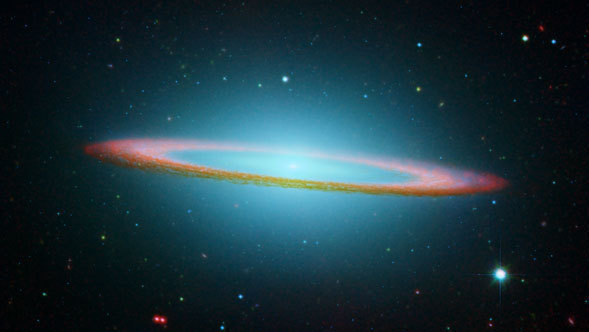 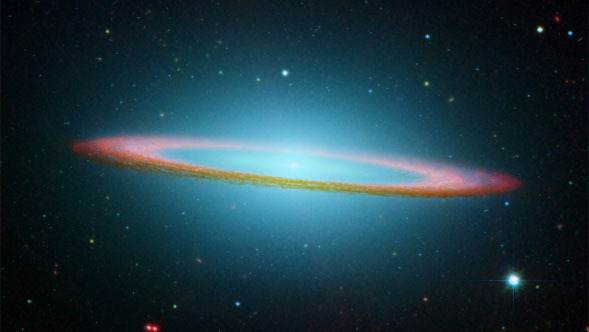 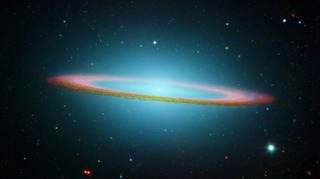 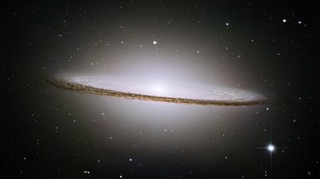 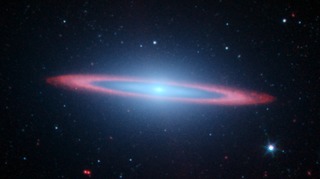