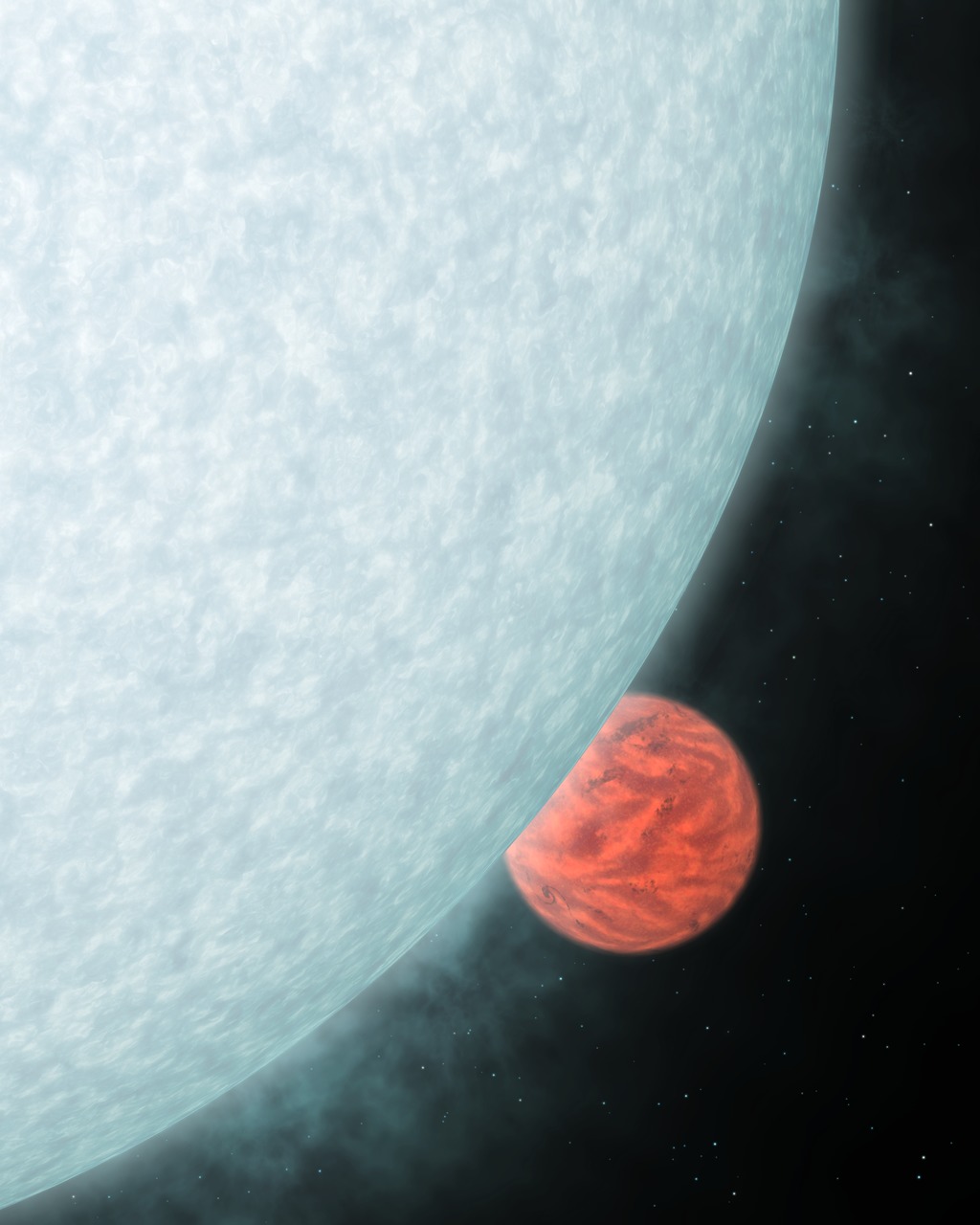 This artist's concept shows what a fiery hot star and its close-knit planetary companion might look close up if viewed in infrared light. In infrared, a star is less blinding, and its planet perks up with a fiery glow.Astronomers using NASA's Spitzer Space Telescope took advantage of this fact to directly capture the infrared light of two previously detected planets orbiting outside our solar system. Their findings revealed the temperatures and orbits of the planets. Upcoming Spitzer observations using a variety of infrared wavelengths may provide more information about the planets' winds and atmospheric compositions.The colors reflect what our eyes might see if we could retune them to the invisible, infrared portion of the light spectrum. The hot star is less bright in infrared light than in visible and appears fainter. The warm planet peaks in infrared light, so is shown brighter. Their hues represent relative differences in temperature. Because the star is hotter than the planet, and because hotter objects give off more blue light than red, the star is depicted in blue, and the planet, red.The overall look of the planet is inspired by theoretical models of hot, gas giant planets. These "hot Jupiters" are similar to Jupiter in composition and mass, but are expected to look quite different at such high temperatures. The models are courtesy of Drs. Curtis Cooper and Adam Showman of the University of Arizona, Tucson. 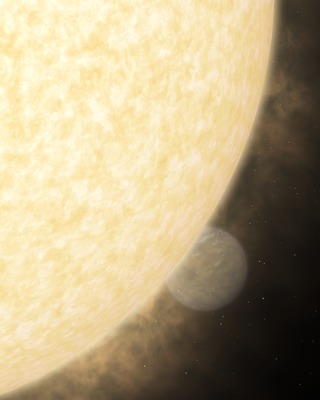 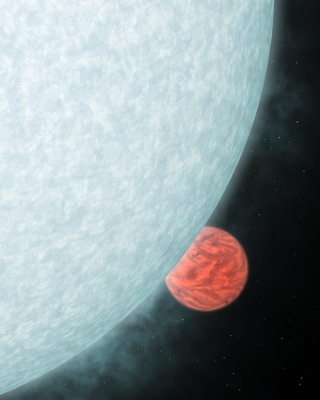