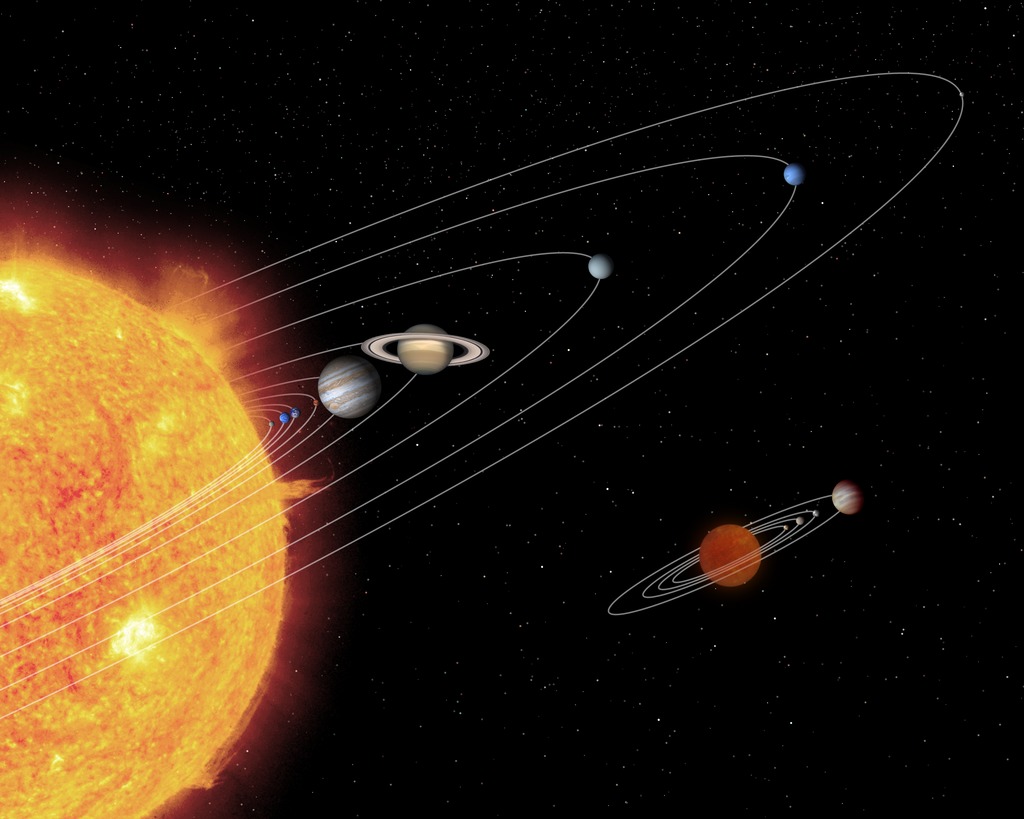 This artist's conception shows the relative size of a hypothetical brown dwarf-planetary system (below) compared to our own solar system.

A brown dwarf is a cool or "failed" star, which lacks the mass to ignite and shine like our Sun. NASA's Spitzer Space Telescope set its infrared eyes on an extraordinarily low-mass brown dwarf called OTS 44 and found a swirling disk of planet-building dust. At only 15 times the mass of Jupiter, OTS 44 is the smallest known brown dwarf to host a planet-forming, or protoplanetary, disk.

Astronomers believe that this unusual system will eventually spawn planets. If so, they speculate that OTS 44's disk has enough mass to make one small gas giant and a few Earth-sized rocky planets.

Examples of these possible planets are depicted at the bottom of this picture, circling a low-mass brown dwarf. Above, the bodies of our own solar system have been drawn to the same scale. In each system, the terrestrial planets have been enlarged and the distances between the planets and their parent bodies have been scaled down for easier viewing.