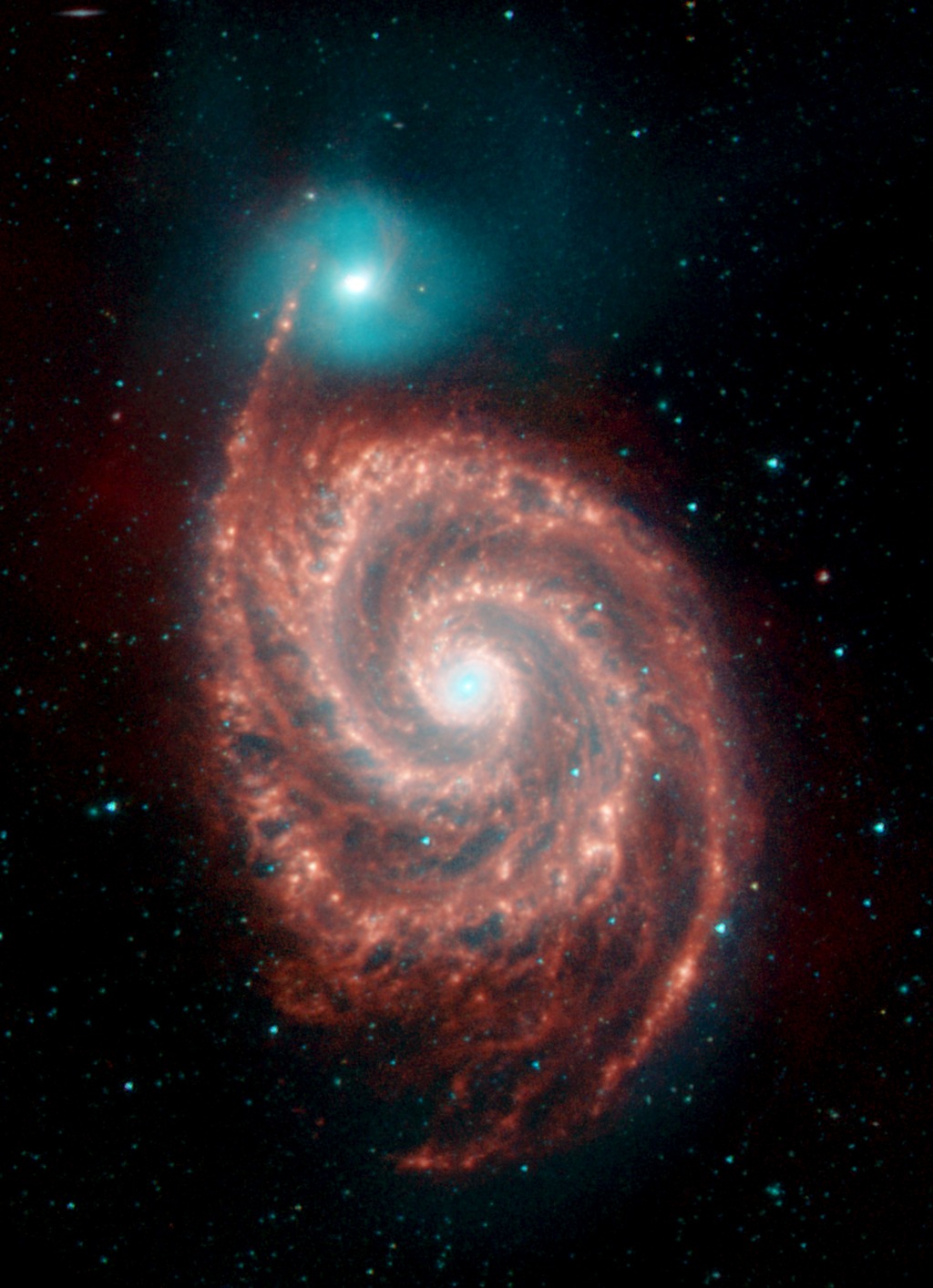 NASA's Spitzer Space Telescope has captured these infrared images of the "Whirlpool Galaxy," revealing strange structures bridging the gaps between the dust-rich spiral arms, and tracing the dust, gas and stellar populations in both the bright spiral galaxy and its companion.

The Spitzer image is a four-color composite of invisible light, showing emissions from wavelengths of 3.6 microns (blue), 4.5 microns (green), 5.8 microns (orange) and 8.0 microns (red). These wavelengths are roughly 10 times longer than those seen by the human eye.

The light seen in the images originates from very different sources. At shorter wavelengths (3.6 to 4.5 microns), the light comes mainly from stars. This starlight fades at longer wavelengths (5.8 to 8.0 microns), where we see the glow from clouds of interstellar dust. This dust consists mainly of a variety of carbon-based organic molecules known collectively as polycyclic aromatic hydrocarbons. Wherever these compounds are found, there will also be dust granules and gas, which provide a reservoir of raw materials for future star formation.

The Whirlpool galaxy is a favorite target for amateur and professional astronomers, alike, and was the first light target for the Infrared Space Observatory. Found in the constellation Canes Venatici, M51 is 37 million light-years away.. 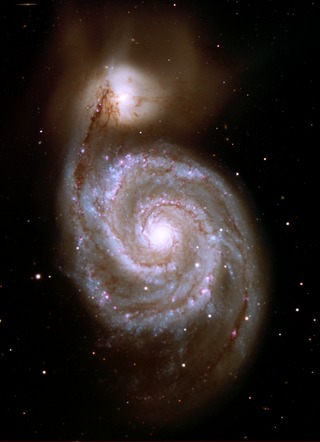 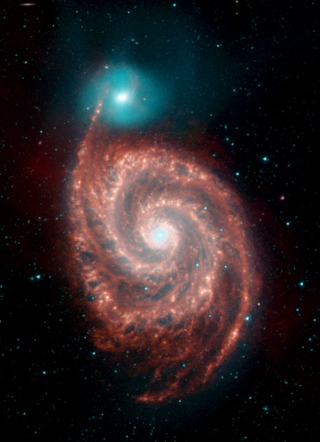