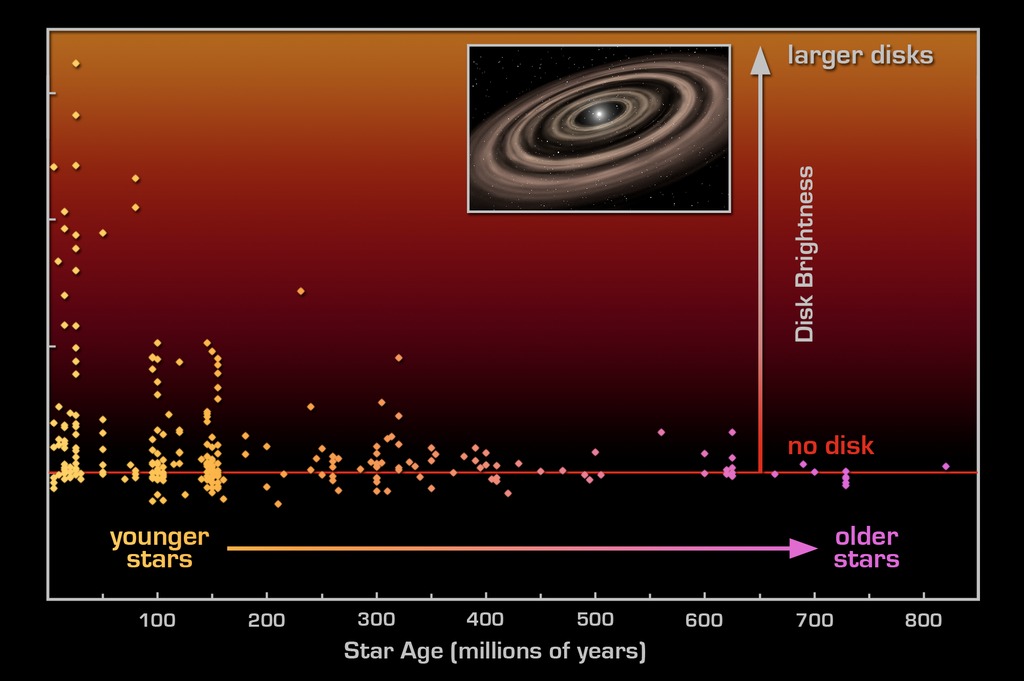 This graph shows the extent of planetary debris discs around nearby stars of various ages, as measured by NASA's Spitzer Space Telescope. Disc brightness or size (vertical axis) is plotted against the age of the stars observed by Spitzer (horizontal axis). The data show that there can be huge amounts of debris from collisions between large asteroid-like bodies around young stars, up to ages of 100 to 200 million years. However, even around some of the youngest stars, there is no detectable debris, indicating that the collision rate shows a large range of properties from star to star.

Planets are built up as a result of rocky objects smashing into each other and merging to make larger bodies. The violence of these collisions causes immense clouds of dust to escape and spread out into rings, or "debris discs." These discs are warmed by the star, which allows Spitzer to detect them with its infrared vision.

As the graph shows, Spitzer has found that violent collisions persist for much longer than the 10 million years predicted by some theories. Properties of late phase debris discs (those around stars 100 to 200 million years old) suggests that single, catastrophic collisions may have produced nearly all the debris we see in them. Such events may be analogous to the creation of our Moon, which arose out of a huge collision between Earth and a smaller planet-like body.