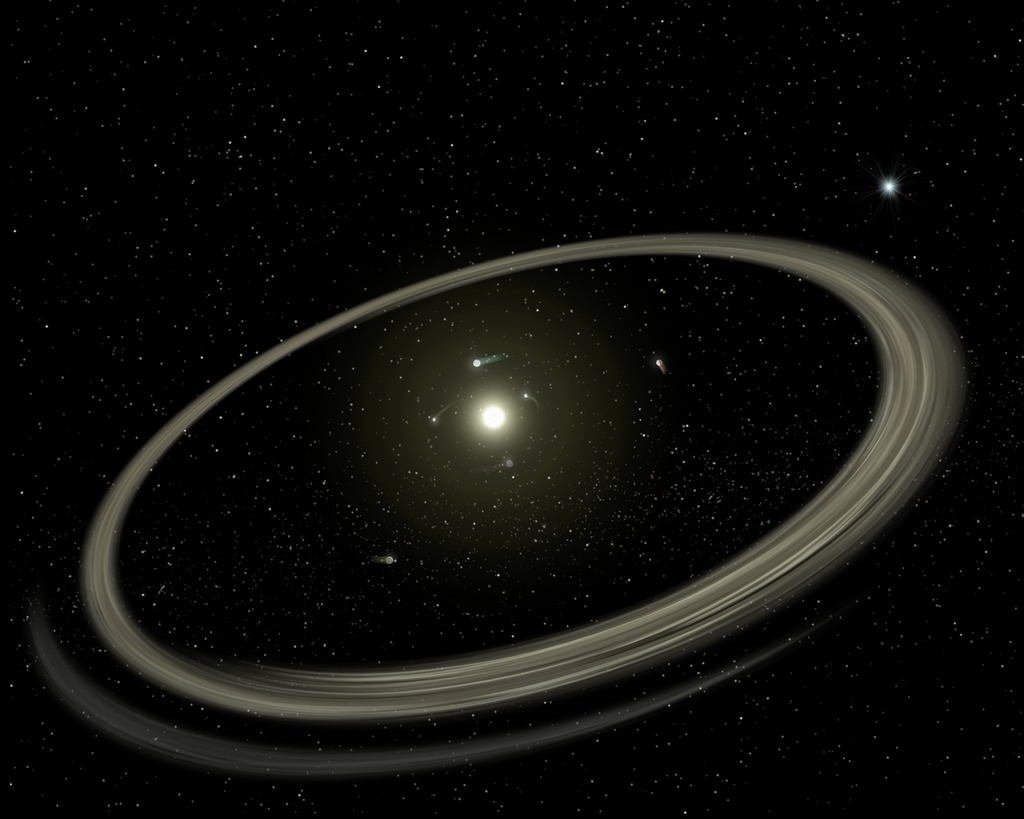 This artist's concept illustrates how planetary systems arise out of massive collisions between rocky bodies. New findings from NASA's Spitzer Space Telescope show that these catastrophes continue to occur around stars even after they have developed full-sized planets, when they are as old as one hundred million years. For reference, our own Sun, at 4.5 billion years old, is far past this late stage of planet formation.In this image, a young star is shown circled by full-sized planets, and rings of dust beyond. These rings, also called "debris discs" arise when embryonic planets smash into each other. One of these collisions is illustrated in the inset above.Spitzer was able to see the dust generated by these collisions with its powerful infrared vision. 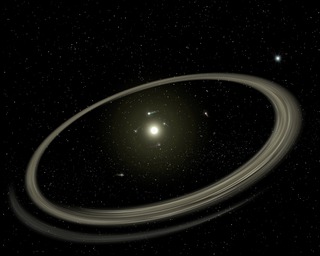