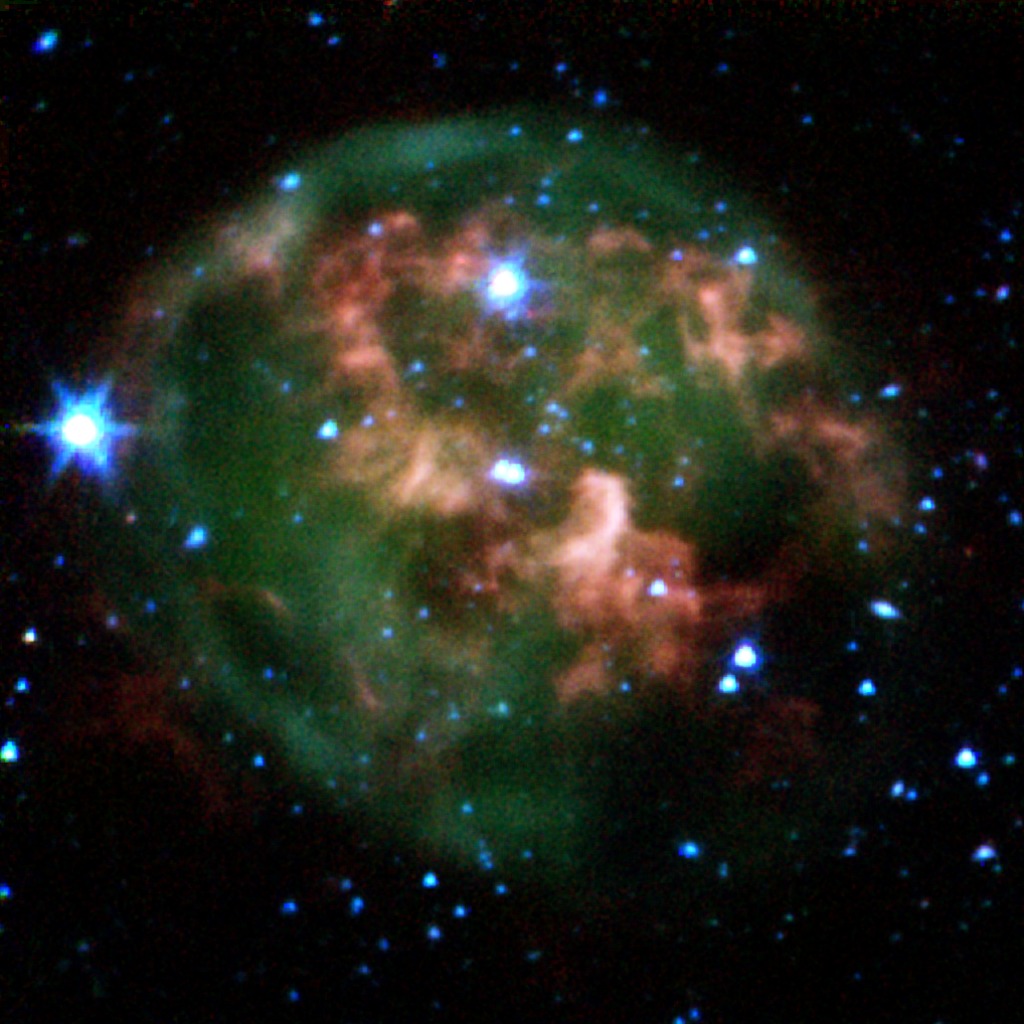 This image from NASA's Spitzer Space Telescope shows a dying star (center) surrounded by a cloud of glowing gas and dust. Spitzer has pierced through the dust to highlight a never-before-seen feature -- a giant ring of material (red) slightly offset from the cloud's core which consists of material that was expelled from the aging star.

The star and its cloud halo constitute a "planetary nebula" called NGC 246. When a star like our own Sun begins to run out of fuel, its core shrinks and heats up, boiling off the star's outer layers. Leftover material shoots outward, expanding in shells around the star. This ejected material is then bombarded with ultraviolet light from the central star's fiery surface, producing huge, glowing clouds -- planetary nebulas -- that look like giant jellyfish in space.

In this image, the expelled gases appear green, and the ring of expelled material appears red. Astronomers believe the ring is likely made of hydrogen molecules that were ejected from the star in the form of atoms, then cooled to make hydrogen pairs. The new data will help explain how planetary nebulas take shape, and how they nourish future generations of stars. 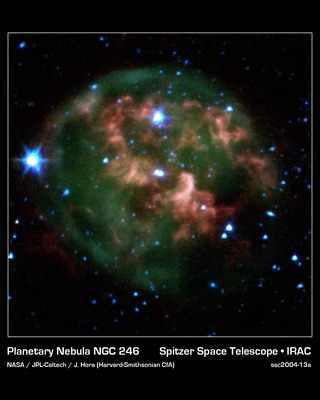 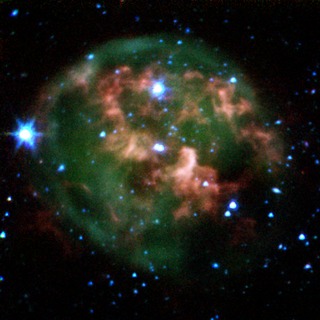