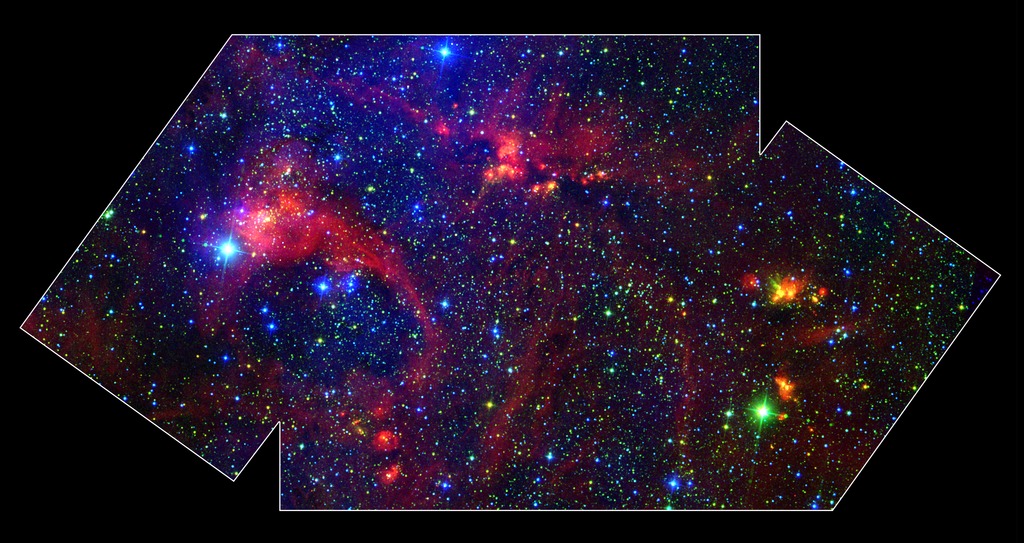 NASA's Spitzer Space Telescope allows us to peek behind the cosmic veil and pinpoint one of the most massive natal stars yet seen in our Milky Way galaxy. The never-before-seen star is 100,000 times as bright as the Sun. Also revealed for the first time is a powerful outflow of hot gas emanating from this star and bursting through a giant molecular cloud.

This colorful image is a large-scale composite mosaic assembled from data collected at a variety of different wavelengths. Views at visible wavelengths appear blue, near-infrared light is depicted as green, and mid-infrared data from the InfraRed Array Camera (IRAC) aboard NASA's Spitzer Space Telescope is portrayed as red. The result is a contrast between structures seen in visible light (blue) and those observed in the infrared (yellow and red). A quick glance shows that most of the action in this image is revealed to the unique eyes of Spitzer. The image covers an area about two times that of a full moon. 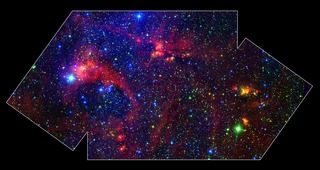 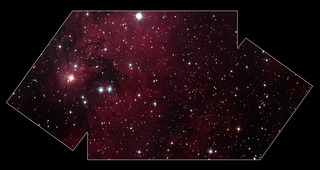 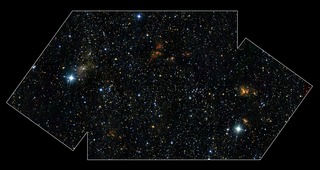 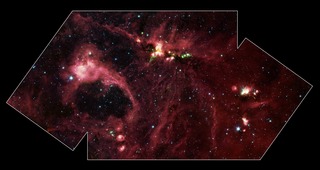