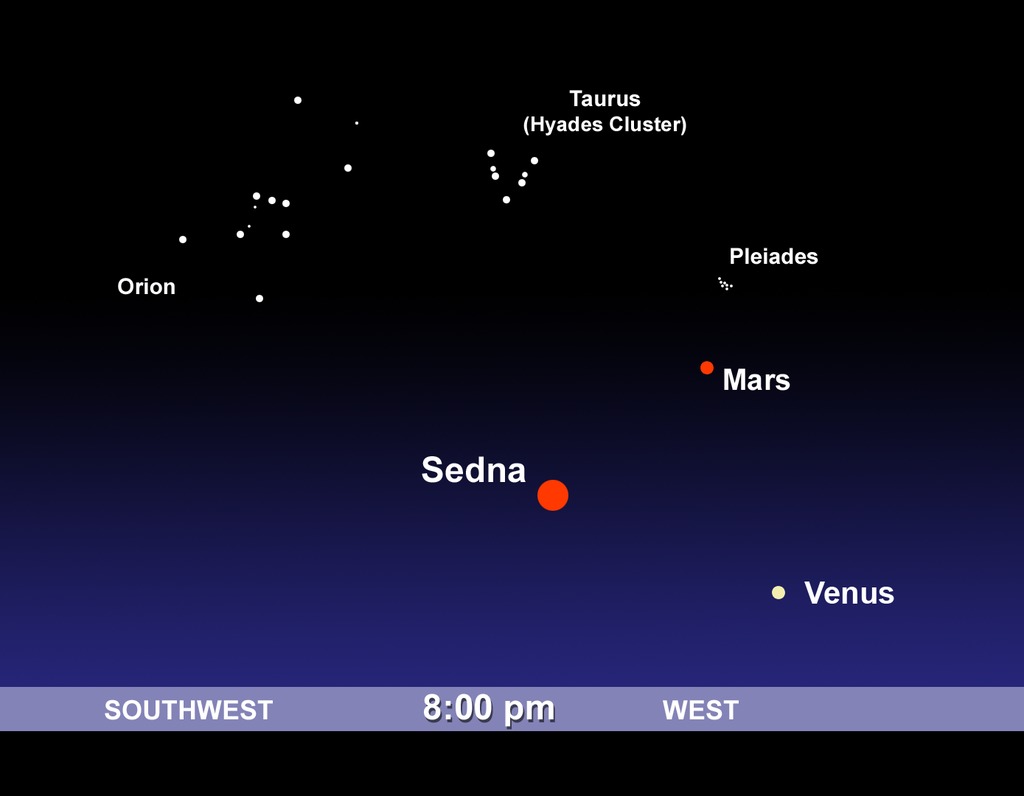 This view shows where the newly discovered planet-like body, dubbed "Sedna," would lie in the evening skies at around 8:00 p.m. Pacific Standard Time on the date its discovery was announced (March 15, 2004). It was located in the constellation of Cetus and formed a triangle with Mars and Venus in the direction of the setting Sun. Sedna is so faint, however, that it can not be seen with the naked eye, or with telescopes typically used by amateur astronomers.